#GreaterChaco, #JustTransition, #KeepItInTheGround
Washington, D.C.—As Joe Biden prepared to assume the presidency this week, a coalition filed a lawsuit to overturn the Trump administration’s sale of more than 1 million acres of public lands in the American West for fracking.

Filed in federal court by WildEarth Guardians, Physicians for Social Responsibility, and the Western Environmental Law Center, the lawsuit targets the Trump administration’s failure to address the climate and public health consequences of leasing public lands to the oil and gas industry for drilling and extraction. The case targets the sale of public lands across Colorado, New Mexico, Utah, and Wyoming.

President Joe Biden has pledged to end the sale of public lands to the oil and gas industry, and the lawsuit aims to ensure the new administration follows through with bold climate and health action to keep fossil fuels in the ground.

“It’s critical for President Biden to take swift action to not only end the sale of public lands for fracking, but undo the damage done by the Trump administration,” said Jeremy Nichols, Climate and Energy Program Director for WildEarth Guardians. “The federal oil and gas program is nothing but an injustice, President Biden needs to put public lands to work for people and the climate, not for the fossil fuel industry.”

“Stopping oil and gas leasing on public lands will help our nation address the climate crisis, which harms the health of people across the country and around the globe,” said Barbara Gottlieb, director of Environment & Health at Physicians for Social Responsibility. “At the same time it will protect our public lands, their air and their water supplies from dangerous, toxic pollution. A win in this lawsuit is a win for public health.”

The lawsuit is also the latest in a series of legal actions challenging the Trump administration for selling public lands for fracking in violation of federal environmental laws.

This week, on behalf of a coalition of plaintiffs, the Western Environmental Law Center filed an amended lawsuit to overturn the sale of nearly 45,000 acres of public lands in New Mexico’s Greater Chaco region.

“While the Trump administration attempted to illegally cede our public lands and climate to the oil and gas industry and recklessly ignore climate science, we’ve been there to challenge them in court at every step of the way,” said Shiloh Hernandez, Staff Attorney for the Western Environmental Law Center. “The time has come for BLM to take stock of the monumental danger caused by its entire oil and gas program.”

The lawsuits come on the heels of numerous court wins that have rejected the Trump administration’s attempts to sell off millions of acres of public lands to the oil and gas industry without analyzing the cumulative effects drilling and burning enormous quantities of fossil fuels would have in worsening the climate crisis.

“Just like with the election, the Trump administration proved that it is best at losing,” said Daniel Timmons, Staff Attorney for WildEarth Guardians. “Thankfully, Trump’s losses have been big wins for our climate and clean energy future and now present major opportunities for the Biden administration to get things right.”

Science supports winding down and ultimately phasing out fossil fuel production as an essential strategy to confronting the climate crisis. 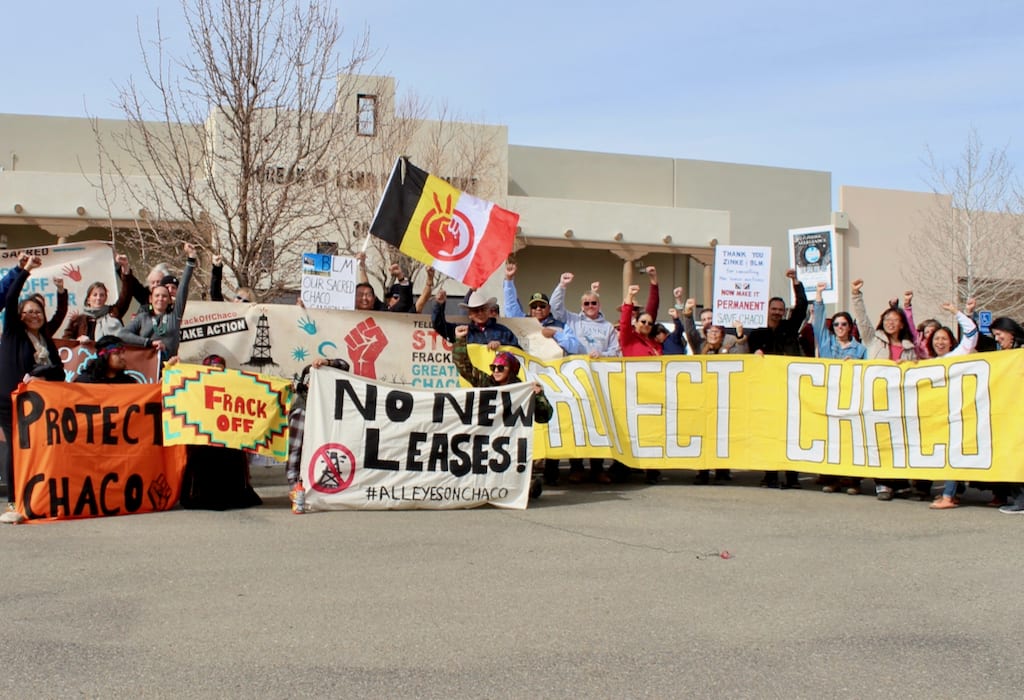