Climate + Energy
#KeepItInTheGround
SALT LAKE CITY— A federal judge this week overturned the Trump administration’s sale of more than 60,000 acres of public land for fracking in northeast Utah’s Uinta Basin, including areas near Dinosaur National Monument, ruling that the Bureau of Land Management violated the law by refusing to consider alternatives to leasing all 59 parcels.

“This is a victory for the American West’s iconic parks and monuments, as well as another win for climate and clean air,” said Jeremy Nichols, WildEarth Guardians’ climate and energy program director. “Importantly, it’s another stinging rejection of the Trump administration’s illegal attempts to sell out our legacy of public lands to the oil and gas industry.”

“This is a strong rebuke of Trump’s disastrous fracking frenzy across our public lands, which is destroying the climate, wildlife and frontline communities,” said Taylor McKinnon, a senior campaigner at the Center for Biological Diversity. “President-elect Biden’s ban on new federal fossil fuel leasing can’t come soon enough.”

Biden has pledged to ban new oil and gas leasing on federal public lands and waters when he takes office January 20, 2021.

“The Court rejected BLM’s attempt to abuse its power by refusing to consider reasonable alternatives to its action,” said Caitlin Miller, an associate attorney at Earthjustice who argued the case. “This is another resounding blow to the agency’s lease everything no matter the consequences attitude.”

In September 2018 environmental groups sued the Bureau for leasing more than 115,000 acres of public land in western Colorado and northern Utah for oil and gas extraction without adequate environmental protections. The suit said the December 2017 and June 2018 lease sales violated federal environmental laws by failing to evaluate plan alternatives that would minimize impacts to sensitive public lands.

“Developing this landscape surrounding Dinosaur National Monument for oil and gas would degrade local air quality, both within the park and nearby communities, as well as threaten the park’s dark night skies, exceptional views and fragile habitat,” said Cory MacNulty, southwest associate director for the National Parks Conservation Association. “We are heartened to see that BLM is being held accountable to comply with the law — as it should have done from the start.”

Thursday’s ruling applies only to the Utah leases because the suit was divided into separate Colorado and Utah lawsuits.

The lawsuit was filed by Rocky Mountain Wild, National Parks Conservation Association, the Center for Biological Diversity and WildEarth Guardians. The groups are represented by Earthjustice. 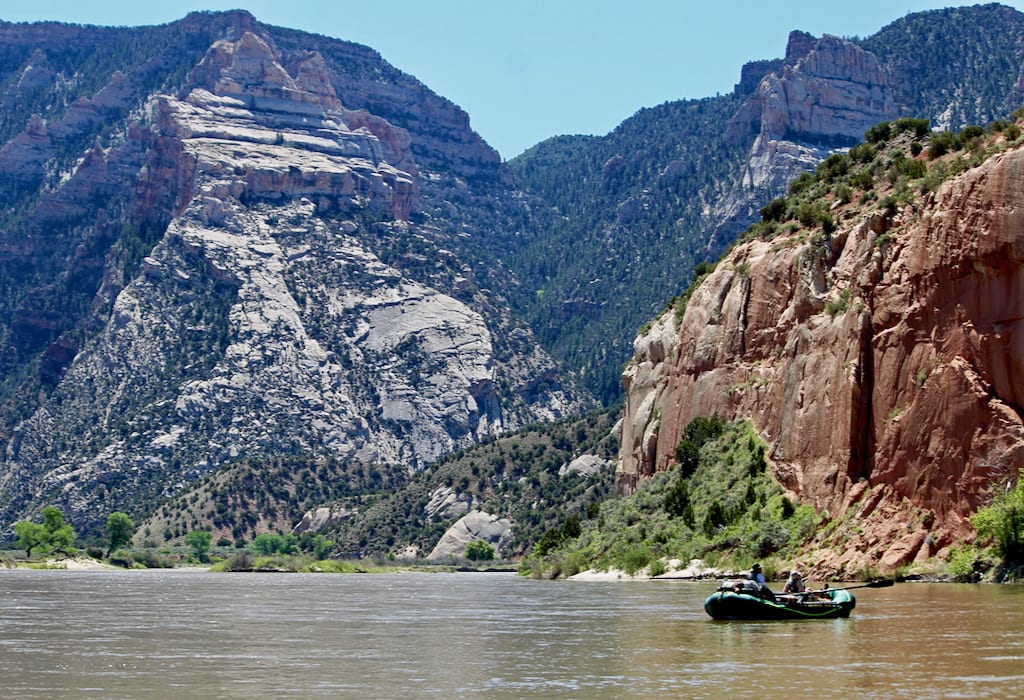