Climate + Energy
#KeepItInTheGround
Washington, D.C.—A federal court ruled on November 13 that the U.S. Department of the Interior’s Bureau of Land Management (the Bureau) failed to disclose the climate impacts of selling more than 300,000 acres—or 475 square miles—of public lands for fracking and oil and gas extraction in Wyoming.

“The fossil fuel industry and their cronies in the Trump administration have lost, yet again, and the climate has won,” said Jeremy Nichols, Climate and Energy Program Director for WildEarth Guardians. “This latest court win confirms there is no scientific or legal basis to keep selling public lands for fracking. It’s time to keep it in the ground.”

“Fracking and oil and gas extraction on public lands are a major health, climate, and environmental crisis,” said Barbara Gottlieb, Director of Environment and Health for Physicians for Social Responsibility. “This latest reproach of the Trump administration is an opportunity for President-elect Biden to put U.S. public lands to work for people and the planet.”

Physicians for Social Responsibility, WildEarth Guardians, and the Western Environmental Law Center initially won the lawsuit in March 2019. Originally filed in 2016, the suit challenged federal oil and gas leasing on over 460,000 acres of public lands in Colorado, Utah, and Wyoming. The case centered on Wyoming, where 303,995 acres were leased.

Leasing affords private companies the right to drill, frack, and produce oil and gas, the burning of which is a leading contributor to the climate crisis.

The 2019 ruling by Judge Rudolph Contreras with the U.S. District Court for the District of D.C.  was hailed as a landmark victory for the climate. In response, the Bureau refused to comply with the court order, attempting to paper over its violations with a blizzard of meaningless numbers in a rushed bid to re-approve the same decision deemed illegal by the court.

The groups subsequently brought the Bureau back to court. On November 13, Judge Contreras agreed the agency still failed to account for the climate consequences of selling public lands for oil and gas extraction. The Judge found the Bureau’s climate assessment was “a sloppy and rushed process” and “[fell] short of what [the] NEPA [National Environmental Policy Act] requires and what the Court ordered.”

“The law is clear, and our cases have cemented that the federal government must study the climate impacts of the drilling and fracking it allows on public lands,” said Kyle Tisdel, attorney at the Western Environmental Law Center. “But it is time for the federal government to not just improve its analysis, but begin to take action and make decisions that reflect the urgency of the climate crisis. We remain ready to ensure accountability and fight for our children’s right to a livable planet.”

The ruling is significant because it found, among other things, the Bureau of Land Management failed to properly account for oil and gas leasing occurring beyond Wyoming, including in neighboring states. The Judge faulted the agency for “[f]ailing to analyze the lease sales in the region, and other reasonably foreseeable lease sales in the country.”

“Once again, the courts are refusing to accept the Bureau of Land Management’s blatant climate denial,” said Daniel Timmons, Staff Attorney for WildEarth Guardians.  “The law is clear, the federal government can’t turn its back on the fact that leasing more public lands for oil and gas is a recipe for more climate destruction.”

The latest ruling is another rebuke of the Trump administration’s “energy dominance” agenda, which prioritized fossil fuel extraction on public lands and waters in the U.S. In defiance of climate science, Trump’s Department of the Interior and Bureau of Land Management have fast-tracked leasing, selling millions of acres to oil and gas companies, mostly in the American West.

WildEarth Guardians, Physicians for Social Responsibility, and the Western Environmental Law Center have been at the forefront of defending the climate from rampant oil and gas leasing on public lands in the American West.

In addition to the current case, the groups filed suit in January 2020 over nearly two million acres of oil and gas leasing under the Trump administration. This fall, the Bureau acknowledged the failures of its decisions and sought a voluntary remand for nearly all of those leased lands, which was granted by the court. The few remaining leases in that case remain pending. 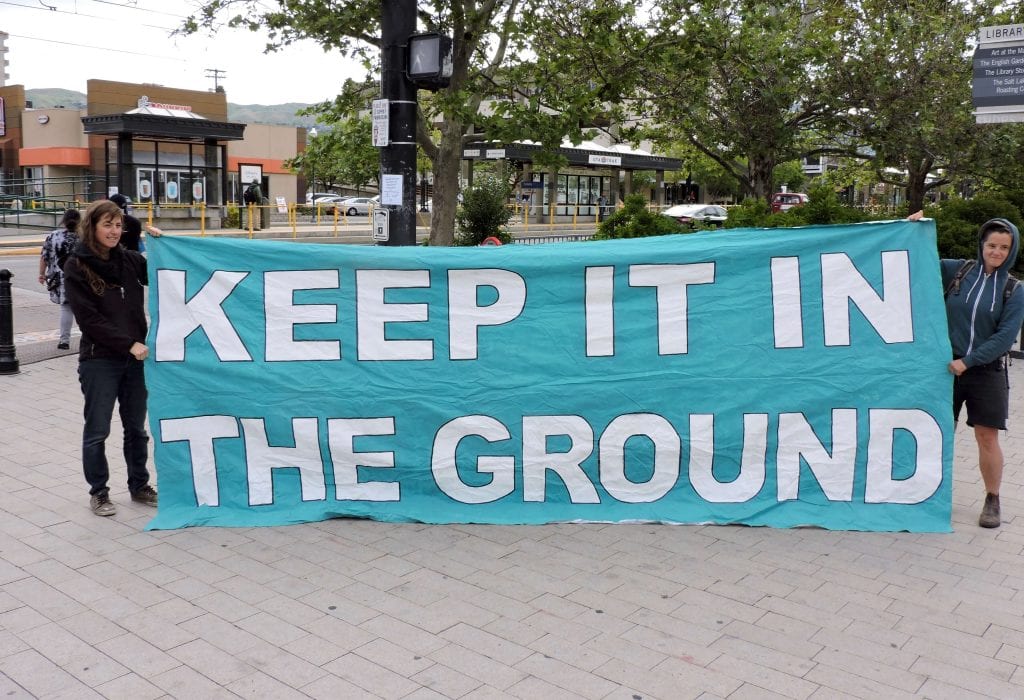