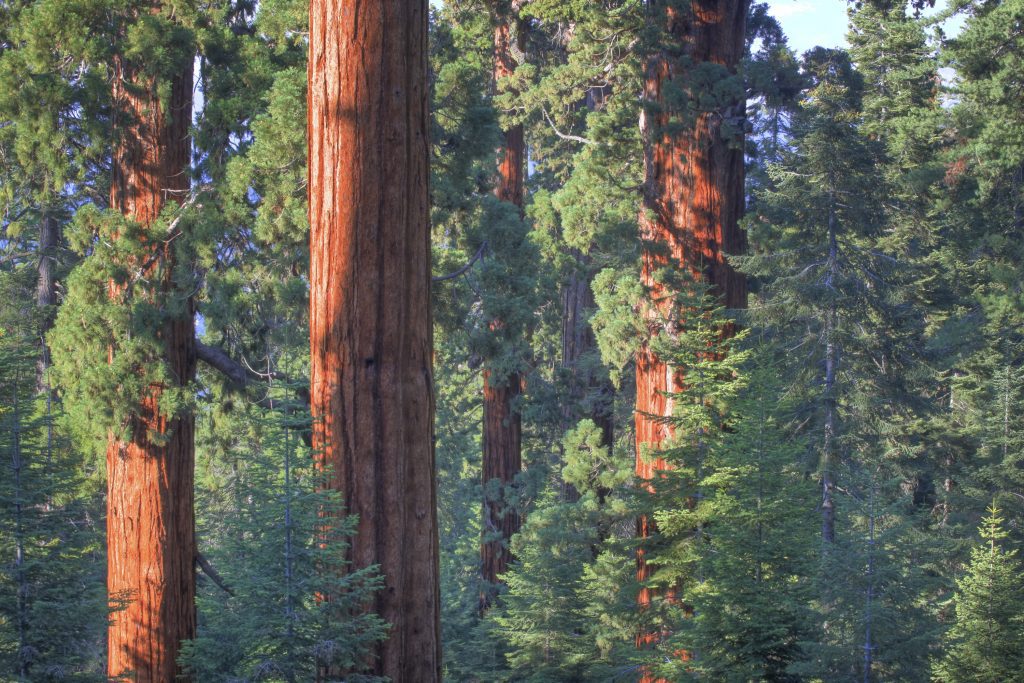 Happy February. For me, this month provides a natural place of reflection between the closing of a past year and the true beginnings of a fresh start. In fact, just last week, we marked the halfway point between the winter solstice and spring equinox.

As a part of my reflection on our organization’s work last year and our goals for 2022, I wanted to share this quote from poet Mary Oliver that reverberates deeply:

“I would say that there exist a thousand unbreakable links between each of us and everything else, and that our dignity and our chances are one. The farthest star and the mud at our feet are a family; and there is no decency or sense in honoring one thing, or a few things, and then closing the list. The pine tree, the leopard, the Platte River, and ourselves—we are at risk together, or we are on our way to a sustainable world together. We are each other’s destiny.”

Guardians has always been an organization that sees the natural world holistically, which is why our work spans states, and focuses on bioregions, watersheds, and the needs of wide-ranging species who abide by connected habitats and not political boundaries. It’s about the air and water we humans need to breathe and drink, but also what wild forests and living rivers themselves require.

It’s about communities of people and also packs of wolves and stands of Joshua trees. It’s about preserving the natural places we visit to bring beauty and awe into our own lives, and also protecting the remaining wild places where people rightly tread only lightly.

Below is just a sample of what our talented team of legal and policy experts, advocates, and organizers will focus on in the year ahead. There will be plenty of moments where we’ll need more Guardians like you whose voices and spirit are necessary to support and win these fights.

I do hope you’ll come along for the journey.

Coexistence in Colorado: While Guardians will continue to fight for federal protections for wolves nationwide, we are making a strategic investment in Colorado, where after the passage of a ballot initiative, wolves will be reintroduced by the end of 2023. Between now and then, a special commission will approve a plan that determines how wolves are to be treated once they are reintroduced and disperse. Colorado can’t go down the bloody path that Idaho, Montana, and Wyoming have chosen—both for the wolves and the communities with whom they will coexist. This is also an opportunity to create a model of wolf reintroduction and management grounded in the values and practical policies of coexistence that other states can learn from.

Power-building in Nevada: Following our historic 2021 win to ban traps, poisons, and snares on public lands in New Mexico, Guardians has set our sights on Nevada as the next place to build power and secure future wins—including a ban on wildlife killing contests and an end to the use of traps, snares, and poisons on public lands. We got a head start on this work in December 2021 when we sued the U.S. Department of Agriculture’s Wildlife Services for its plans to use aerial gunning, poisoning, and trapping to indiscriminately kill wildlife across millions of acres of federally designated wilderness area in Nevada.

Want to be inspired by just some of what the Wildlife program poured their time and talents into in 2021? Read about our sweeping victory to protect the Joshua tree from climate change driven extinction; our legal fight to protect the Black-footed ferret, one of the most endangered species in North America; or our successful work to keep the Canada lynx listed as an endangered species. Each one of these iconic species needs Guardians like you.

Demanding climate accountability on the federal and state levels: Despite big campaign promises and early pledges to boldly act on climate, the Biden administration has faltered in the face of pressure from the fossil fuel industry. Notably, the Biden administration backed away from an earlier promise to pause the sale of public lands for fracking. In 2022, we will be stepping up our efforts to confront the oil and gas industry and compel the president to keep his promises and do what’s right for the climate, environmental justice, and public lands in the western U.S.

At the same time as we push federal accountability, we will look to secure critical victories regionally. In New Mexico, we aim to stymie Governor Michelle Lujan Grisham’s catering to the oil and gas industry and ensure the state is on track to justly and equitably transition away from reliance on fossil fuels. We will continue to fight with our Frack Off Chaco coalition partners to ensure that the Biden administration follows through with its commitment to protect the Greater Chaco region, a sacred landscape where around 90 percent of its lands have already been leased for oil and gas drilling. The new landscape management planning process must center the need to protect people, public lands, Indigenous rights, and environmental justice.

It’s a tall order to take on the goliath of the oil and gas industry day in and day out. But then again, this is the deeply passionate and skilled Guardians team that in 2021 filed a series of lawsuits to undo the sale of more than two million acres of public lands in Colorado, Montana, New Mexico, Utah, and Wyoming to oil and gas companies; successfully stopped the expansion of a coal mine on the doorstep of Bryce Canyon National Park; overturned the sale of 58,000 acres of public land in western Colorado for oil and gas extraction; and took Colorado to court for allowing the Suncor oil refinery, a massive source of toxic air pollution and harmful greenhouse gasses, to operate for years with expired permits. The state has now been ordered to take action without delay. I hope you’ll be a Guardians of our climate.

From source to sea: In 2022, Guardians will continue to work to restore the natural course of western rivers, taking on the archaic system that advantages those that would control and divert rivers with levees, ditches, and dams, and pump them into the hands of the highest bidder. The cities of Colorado Springs and Aurora are trying to construct a reckless dam and diversion project at Whitney Creek that will compromise ancient fen wetlands, a beautiful high mountain valley, and habitat of the threatened Canada lynx. In 2021, Guardians launched a campaign to stop the Whitney Creek project. We’ve already filed a legal notice and will be building our coalition and power this year.

Fighting for communities and species that rely on living rivers: Thanks to a successful legal challenge by six Native tribes, the Trump administration’s Dirty Water Rule, which illegally narrowed the scope of the Clean Water Act by revoking federal protections for countless important streams, wetlands, and other waters, was invalidated. Now we, through our Rio Grande Waterkeeper program, are engaging with the Biden administration to ensure that broad clean water protections are restored to protect people and ecosystems in the Rio Grande watershed and throughout the country.

Last year, Guardians delivered thousands of signatures to the Rio Grande Compact Commission calling on it to protect flows in a living Rio Grande. As climate change reduces flows in western rivers, we will keep the pressure on in 2022 to force these decision makers to account for environmental and community needs beyond traditional water uses.

After the U.S. Fish and Wildlife Service significantly reduced the acreage of designated critical habitat for imperiled western yellow-billed cuckoo, Guardians and our allies are working to ensure broad protections for cuckoos that also ensure intact cottonwood riparian forests along important rivers in the West including the Colorado River and Rio Grande, among others.

Want to learn more about the Rivers’ team 2021 work and its ripple effect? Read about our legal victory for endangered Chinook salmon and winter steelhead that resulted in the U.S. Army Corps of Engineers being ordered to improve operations at eight dams along Oregon’s Willamette River. To protect living rivers, we need more Guardians who will be a voice for these arteries of life.

Promoting connectivity: Too often, public lands, living rivers, and wildlife are sacrificed to logging, mining, livestock grazing, oil and gas development, motorized use, and even more roads. For example, right now, Guardians and our allies are fighting to stop a proposed four-lane highway that would cut through Red Cliffs National Conservation Area in southern Utah. If successful, this highway will permanently damage critical habitat, threatening already imperiled species like the Mojave desert tortoise, and set a dangerous national precedent that protected public lands can be paved over.

Further north, Guardians will also be working to protect and connect existing grizzly bear populations throughout the Bitterroot, Sapphire, and Pintler mountain ranges. This work is not only important in the long-term, as survival of grizzly bears in the northern Rockies depends on sufficient genetic interchange between isolated populations, but critical in the short-term as Montana, Wyoming, and Idaho have petitioned the federal government to remove grizzly bears within the Northern Continental Divide and Greater Yellowstone Ecosystems from the Endangered Species list.

This fight to protect wild places—and the species who call them home—is no easy path. However, our Wild Places team still had much cause for celebration in 2021. Read about how our years of persistent leadership and advocacy paid off when President Biden permanently authorized and funded the Legacy Roads and Trails program, a critical tool in the fight to protect clean water, connect fish and wildlife habitat, and build climate resilience in national forests.

Also, mark your calendars: June 3, 2022 marks the 98th anniversary of the creation of America’s first—and the world’s first—designated wilderness. To commemorate this milestone, Guardians is releasing First and Wildest: The Gila Wilderness At 100, an anthology of writing celebrating the people, places, and wild things of one of our most iconic national landscapes.

Check out this book review of First and Wildest and pre-order you own copy here.

Building people power: In order to achieve the type of big, bold, systemic results that we seek, we’re going to need to show up in court, in the streets, at statehouses across the West, and in Congress.

We’re going to need people power—and that’s why in 2021 we launched our Organizing Program, bringing on a Colorado organizer to support Guardians’ strategies to promote wolf reintroduction and coexistence, protect a wild Colorado River, and ensure climate justice in the state, as well as a Four Corners organizer who will work to expand our work in Greater Chaco and address the oil & gas industry’s stranglehold on New Mexico politics.

Meet Rosie and Soni, who join our Organizing Director, Rebecca.

And Finally, Guardians + You

I couldn’t end a reflection on our work last year or our plans for 2022 without recognizing a final linkage, one that undergirds all our achievements and ambitions.

That, is of course, the connection between Guardians and our supporters. Our plans for this year are bold and ambitious, and as always, this work cannot be fully realized without the time and support of people like you. In 2021, you supported us through monthly donations and rapid response moments. Tens of thousands of you did what guardians must do everywhere, which is take action—whether submitting public comments, signing petitions, social distancing at rallies, and sharing our work with your families and friends. If you are not a WildEarth Guardians member yet, or if you’d like to make an extra donation, we’d be grateful for your support.

As Mary Oliver put it, “We are at risk together or we are on our way to a sustainable world together.” With such a generous and passionate group of extended Guardians, I truly believe it’s the latter.

Together, we are on our way.