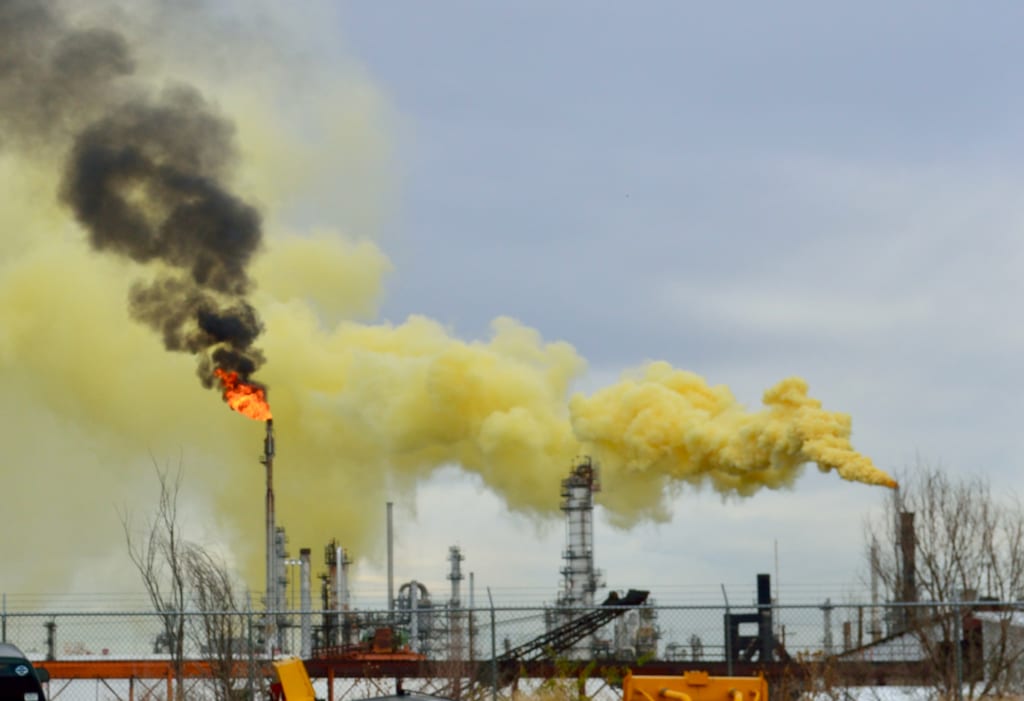 The Suncor oil refinery needs to shut down

C+E Show On HomeCO for Clean AirOpinionClimate + Energy
Share This

In a victory for Colorado’s clean air, our climate, and environmental justice, we just won a lawsuit over the Suncor oil refinery’s toxic air pollution!

Now we need your help to truly confront this dangerous polluter and have a chance at shutting it down once and for all. Take action today and help us put an end to Suncor’s reign of pollution terror.

The Suncor oil refinery— in Commerce City, north of Denver—is the poster child for climate and environmental justice in Colorado. Its toxic air pollution, including hydrogen cyanide, benzene, and other gases, disproportionately impacts people of color and low-income families, all while fueling the climate crisis. Too often, this pollution has been illegal. Making matters even worse, officials have illegally let Suncor operate under outdated air pollution permits for years.

That’s why we sued last year. In a landmark case, we challenged Colorado’s failure to take action on the refinery’s pollution permits. On January 10, a judge ruled in our favor and ordered the state to act “without further delay.”

It’s a big win, but we need your help to make sure Colorado Governor Jared Polis and his public health officials follow through. We need to make sure that they do the right thing and deny Suncor’s permits.

The Suncor oil refinery is Colorado’s number one environmental injustice. It’s also one of the largest sources of climate pollution in the state. We can’t afford to let up the pressure.

We’ve delivered justice in the courtroom, but now we need to deliver justice in real life. Speak out for justice and demand real action on the Suncor oil refinery. Join us in calling on Governor Jared Polis to stop delaying and start putting people before polluters.