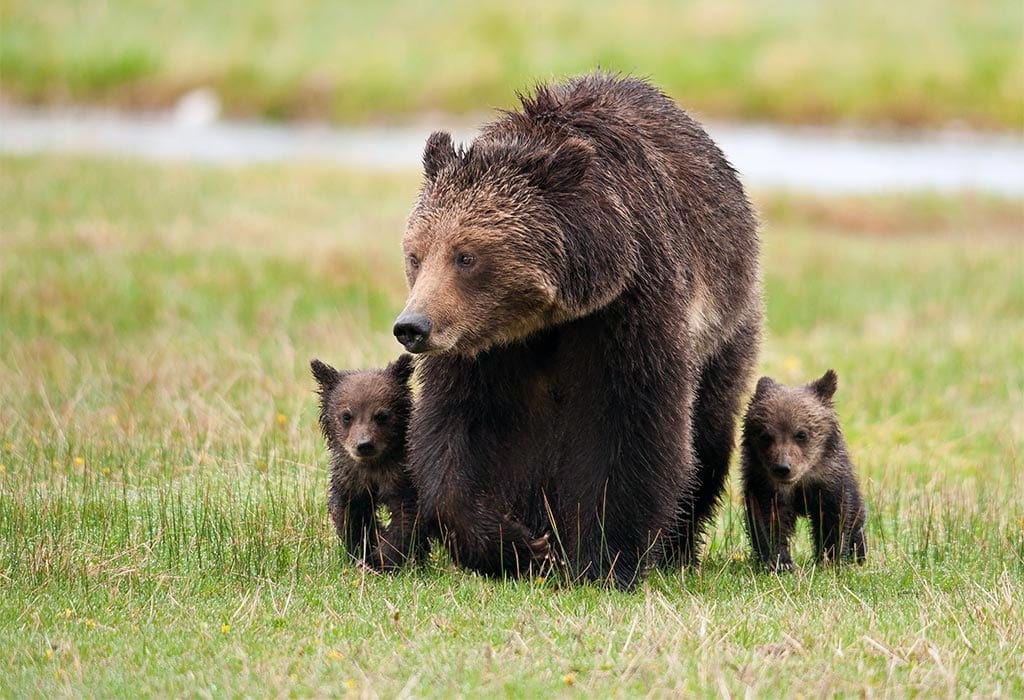 Early June 2015 in Glacier National Park: the vernal summer air was still crisp and cool, and snow-capped mountains towered over me in all directions. Swiftcurrent Lake was still as glass, reflecting like a mirror the diamond heights of Grinnell Point. 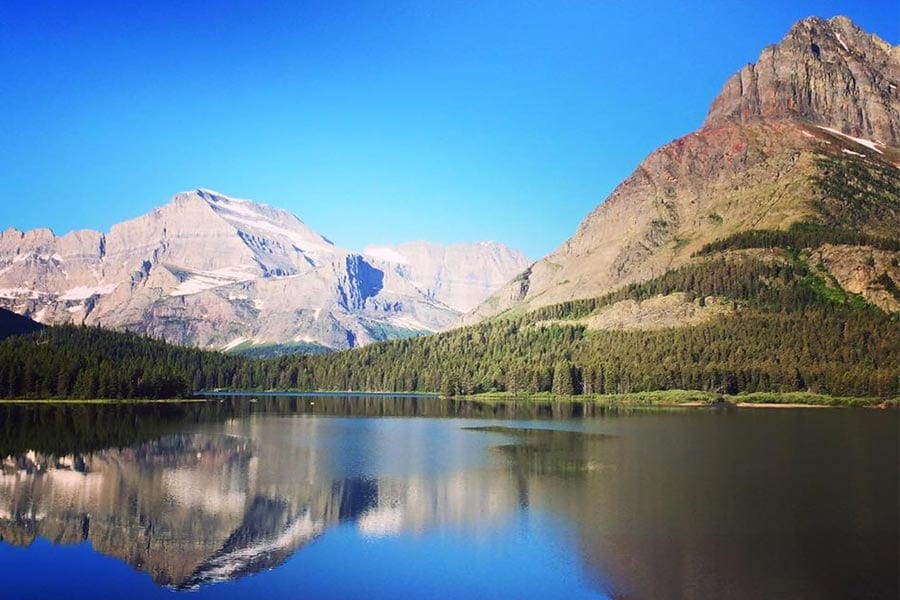 It was one of my first days on the job as a Guardian. And as I tucked into my sleeping bag that night at the Many Glacier Campground, I was feeling pretty content with embarking on my new professional path. It was just one month prior that I had graduated with my law degree and moved to Montana. My first piece of business as Guardians’ new Carnivore Advocate was to attend the annual summer meeting of the Interagency Grizzly Bear Committee—a group of federal, state, and local officials responsible for overseeing the recovery of one of the West’s most iconic wild animals.

We felt a sense of surprise when Guardians’ Wildlife Program Director, Bethany, and I walked into the spacious conference room at Many Glacier Lodge that next morning. Perhaps it was because we were a pair of younger, ginger-haired females none of the mostly older, gray-haired gentlemen sitting around the table had seen before. Or, perhaps it was because the federal and state bureaucrats in attendance were sincerely surprised that any members of the public would make the trek to this remote mountain lodge to listen in on their meeting. It was a public meeting, of course. However, the Park had barely even opened for the season and the main road providing the primary means of accessing Many Glacier—the awe-inspiring Going-to-the-Sun Road—was still covered in a dozen feet of snow, with snowplows still chipping away daily to pave the way for vehicles to pass through.

But we were there—it may have taken us nearly a full day’s worth of travel to get there from Missoula—and we made our presence known. Because that is what we do as Guardians: we show up to give a voice to the voiceless.

Since my first day at Guardians, I have worked to protect and restore the wild grizzly to its native landscape across the West. Once numbering over 50,000 spread across the American West, grizzly bears were shot, poisoned, and trapped to near-extinction by the 1930s. By the time the species was listed under the Endangered Species Act in 1975, only a few hundred bruins were estimated to remain. With federal protections in place, the species is slowly making a comeback. At last count, roughly 700 grizzlies exist in the Greater Yellowstone region and roughly 960 roam the areas inside and surrounding Glacier National Park. But, only roughly 80 bears may be found in the Selkirk and Cabinet-Yaak regions combined, fewer than 20 in the North Cascades, and zero grizzly bears are known to exist in the prime habitat afforded by the Selway-Bitterroot ecosystem. Sadly, these magnificent animals continue to face serious threats from dwindling key food resources, habitat fragmentation and destruction, illegal killing and excessive levels of background mortality, and the advent of climate change, too. In short, the recovery success story for these wild bruins is still very much being penned. 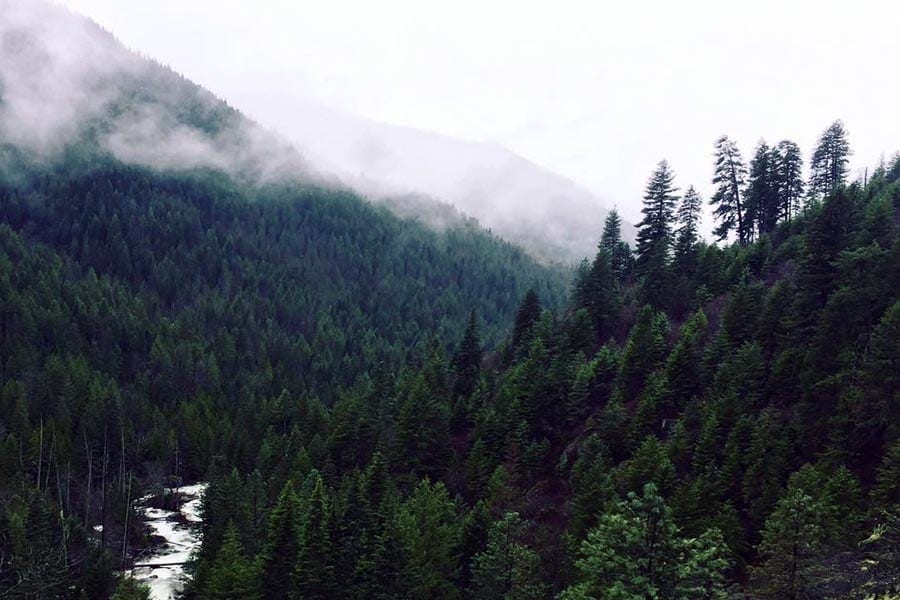 The Selway-Bitterroot ecosystem is prime grizzly habitat, but no bears yet exist there. Photo by WildEarth Guardians.

And, unfortunately, things have gotten a lot harder for the Lower 48’s grizzly bears in recent years.

Two years after I attended my first meeting of the Interagency Grizzly Bear Committee at Many Glacier Lodge, the U.S. Fish and Wildlife Service stripped the grizzlies residing in the Greater Yellowstone region of their Endangered Species Act (ESA) protections. These bears now face a fast-approaching state-sanctioned trophy hunt, which is slated to begin in Wyoming and Idaho on September 1st.

That’s right, after nearly four decades of efforts to bring this species back from the brink of near-extinction, the federal government has effectively called it quits, handing over the fate of these amazing wild animals to state agencies that are more than happy to merely allow them to survive within the confines of Yellowstone and Grand Teton National Parks alone. As if these gems of our public lands system—our National Parks—were designed to serve as proverbial zoos for our nation’s most incredible wildlife resources that once wildly roamed free. Soon, grizzly bears venturing outside the safety nets of these National Park boundaries may be placed in the crosshairs of trophy hunters’ guns.

That is, if we can’t use our knowledge and the power of the law to stop this cruel assault on Yellowstone’s famous grizzly bears in the courtroom first. 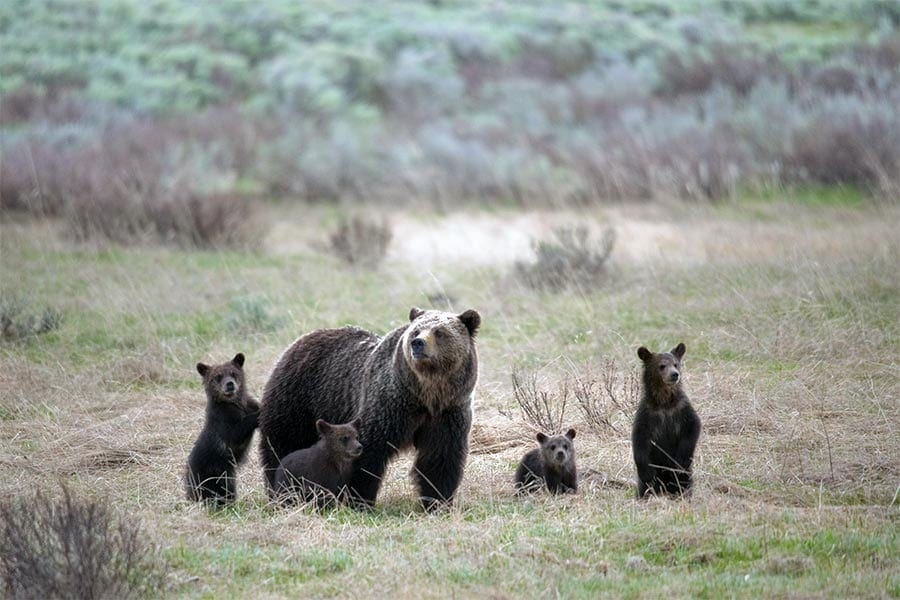 Mother grizzly and cubs in Yellowstone. Photo by Sam Parks.

After months of Guardians supporters attending public meetings and submitting comments requesting the Service keep vital protections for grizzlies intact (thank you!!!), last August, Guardians sued the U.S. Fish and Wildlife Service for its premature removal of Endangered Species Act safeguards from the Greater Yellowstone region’s grizzly bears. We fault the Service for illegally carving the Greater Yellowstone population out of the species’ original ESA grizzly listing to falsely claim that grizzly bears are “recovered” throughout all or most of their range, when in fact they remain absent from 98% of their historic homelands. We call out the Service for failing to examine the best available science—as the law demands—in reaching its flawed decision, and for instead caving to the bullying tactics of states hostile to coexisting with bears and where a few local ranchers’ and trophy hunters’ interests come first. Check out our opening brief and subsequent reply brief, which together paint a more complete picture of just how arbitrary the Service’s decision to remove protections from Greater Yellowstone grizzlies really was.

One year after protections were stripped, and over three years after my first IGBC meeting, our day in court is finally here.

On August 30th, we will be in Missoula arguing for the vital reinstatement of federal protections for Greater Yellowstone grizzly bears before the Honorable Judge Christensen in the U.S. District Court for the District of Montana. Represented by Matthew Bishop and John Mellgren of the Western Environmental Law Center, as well as myself, Guardians will provide a critical voice for these grizzlies where the bears cannot.

Notably, restoring ESA protections to these bears is important not just for the sake of the Greater Yellowstone’s rich ecosystem, but also because this case has the potential to dictate the future recovery of grizzly bears throughout the conterminous United States. Whether grizzly bears will ever naturally recolonize the Bitterroots or establish a viable population in the North Cascades and other key fragments of the species’ historic range also hangs in the balance. So too does the meaning of “recovery” under the ESA, which has the potential to direct the fates of critically imperiled species far and wide.

In court in a few short weeks, Guardians and our allies will hold our federal government accountable for failing to carry out its duties under the Endangered Species Act, which demands that critically imperiled species be restored to their native landscapes to the point at which federal protections from threats such as hunting and habitat destruction are no longer required, no matter the cost and based solely on science.

We will take a stand to say that a few bears in a few National Parks does not equal recovery for our nation’s rarest wildlife species. And rest assured that our fight will not end there. 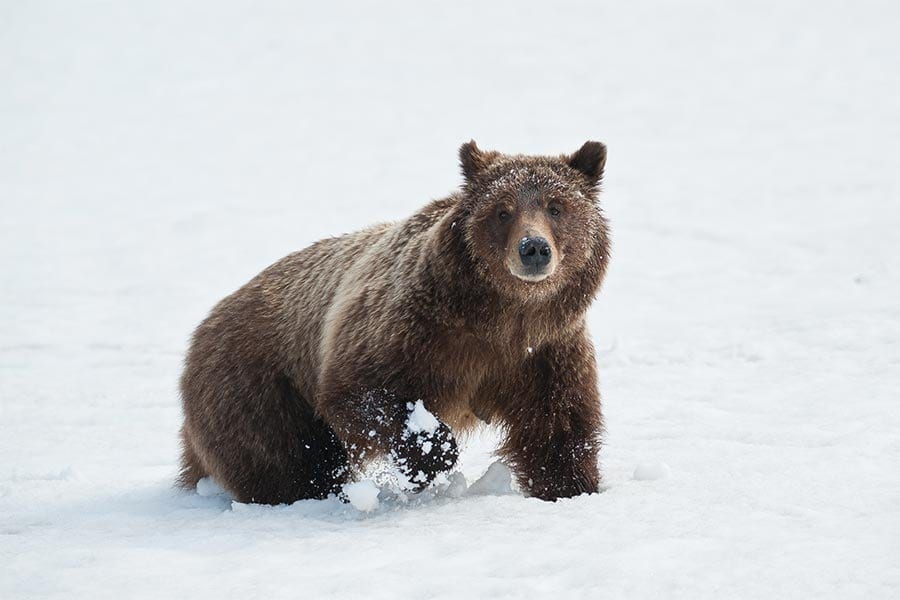 A grizzly runs through the snow. Photo by Sam Parks.

Just as the Greater Yellowstone grizzly bears’ fates are being decided in Missoula at the end of this month, the grizzly bears in and around Glacier National Park are being prematurely pushed toward delisting as well. The U.S. Fish and Wildlife Service has announced its plans to strip those bears of protections. We are on the frontlines of this impending battle too, and will not stop until the species—as a whole—is restored to the West’s landscape. Like the law demands. We’ll be calling on you to help us speak for Glacier’s bears, too.

For me, being a “Grizzly Guardian” these past three years has been an epic journey of following—like a rock-star’s groupie—the administrative tribunals and bureaucracies from the ice-filled lakes of Glacier National Park to Yellowstone’s Lamar Valley and Grand Teton’s Jenny Lake; from the urban holdings of Missoula to Bozeman; to the small rural towns of Choteau, Montana, and Cody, Wyoming; and even all the way up to the steps of our nation’s capital in Washington D.C. 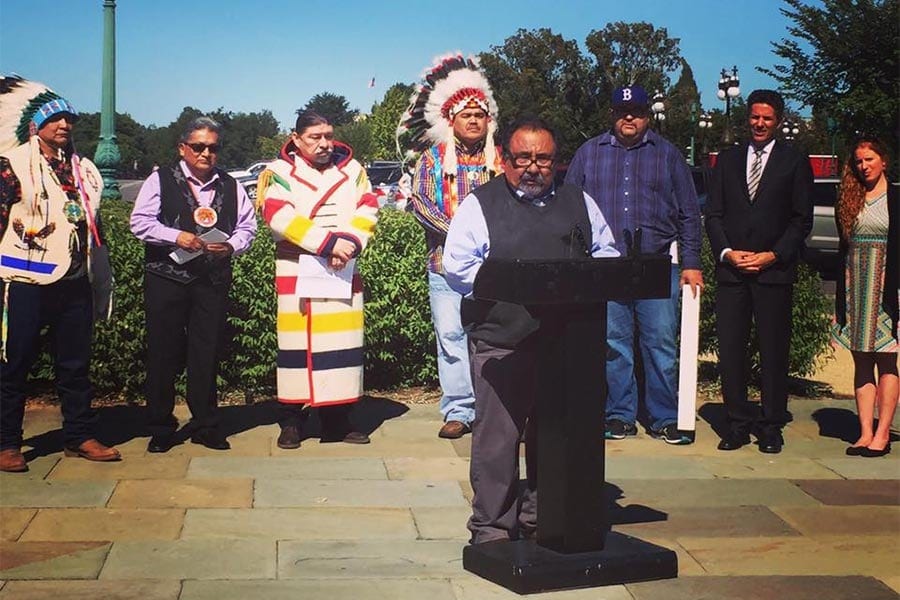 Rep. Raúl M. Grijalva (D-Ariz.) introduces a bill in D.C. to protect grizzlies for their ecological and cultural value. Nokes is standing at far right. Photo by WildEarth Guardians.

I’ve spent my time writing comments, providing testimony, drafting legal arguments, searching through a seemingly endless amount of administrative records, and consistently asking the responsible officials to do the right thing. For me, this battle to protect and restore grizzly bears to the American West is coming full-circle as I round out my time as a Guardian and take on a new role as a litigating attorney with our partners at the Western Environmental Law Center this fall. Despite this small change in my title and employer, though, my fight for grizzly bear recovery will seamlessly continue into this next phase of my career. And fear not, for I will not stop until the grizzly’s voice is rightfully heard. Stay tuned. 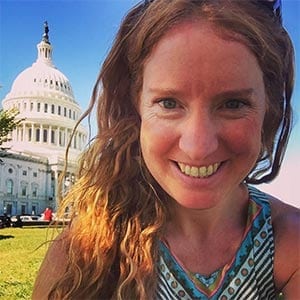