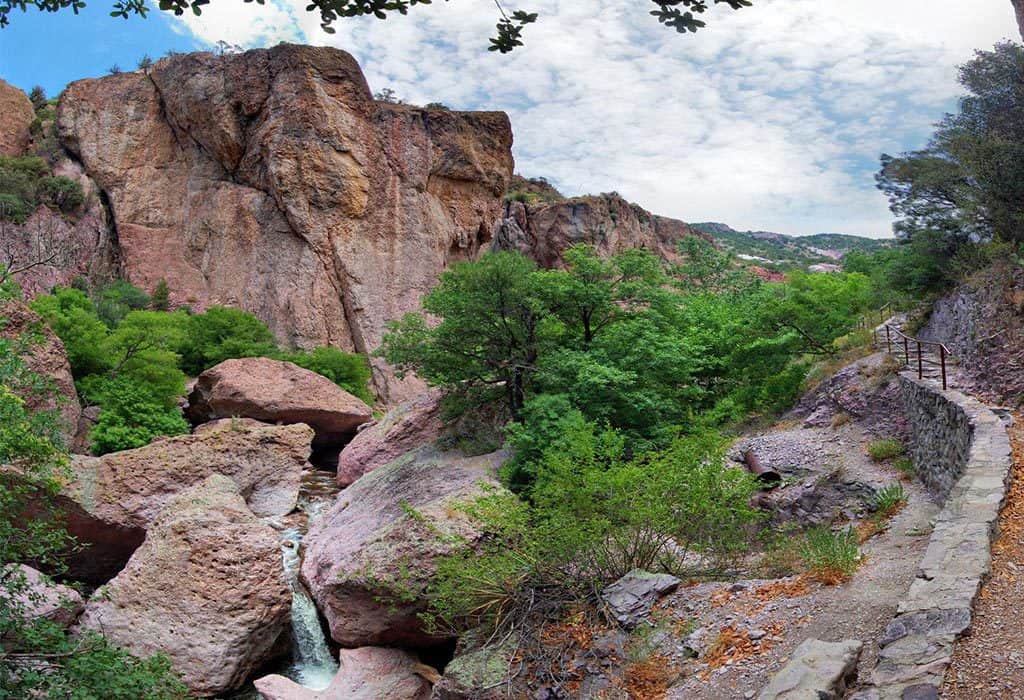 There is a place deep in the heart of the Gila Wilderness called Serenity Canyon where ochre-barked ponderosa pine giants extend upward to meet the basalt rim of the volcanic plateau known as McKenna Park.

One late fall morning, my companions and I sat in silence where a fallen giant now bridged the canyon walls. The autumn sun warmed us as we gazed upon the oak leaves that covered the canyon floor with their crinkled palms turned upward as though waiting, praying for rain.

Although you won’t find it on a map of the Gila, Serenity Canyon does exist.  It is one of a handful of canyons that drain McKenna Park, where the Southwest’s last ponderosa pine giants still stand, thanks in large part both to the wisdom of Aldo Leopold and to the frequent and necessary blessings of fire.

Fire has been a vital part of the ecological equilibrium of these forests and savannahs for eons. But that knowledge didn’t put me any more at ease when, a few years earlier, another companion and I came upon a wild fire as it danced across the grassy carpet of another of the Gila’s ancient ponderosa pine forests. We walked for nearly two days through a mosaic of flame, smoke and, grass—an experience that still enlivens and informs me nearly ten years later.

I have had many ecological epiphanies in more than two decades spent walking, biking, floating, and driving throughout the protected and unprotected wildlands of the Greater Gila, but that encounter with fire—more than any other experience—has deepened my connection to and understanding of what makes the Gila unique.

This is a land whose pulse can still beat wildly.

It is a place where fire and flood endure, where lobos survive and beaver thrive, and where wild rivers still run free; where the cauldron of evolution—thanks to the natural confluence of the Sonoran, Chihuahuan, Sierra Madrean and Rocky Mountain ecosystems—bubbles to create a rich tapestry of life; and where we Americans first chose—with Leopold as the catalyst—restraint over exploitation.

Although there is much to celebrate about the Gila, each effort to protect its soils, waters, and wildlife has been a struggle, and today there is still much yet to secure.

The first time I came to the Gila and Apache National Forests, in the winter of 1990, many of the region’s precious streams had been denuded by year-round cattle grazing, the lineage of the last few lobos were still stuck in zoos, and the U.S. Forest Service was just beginning to question the wisdom of a century of fire suppression.

The last time I was in the Gila, in the fall of 2010, I was reminded of how much work still needs to be done to live up to Leopold’s visionary land ethic and wilderness ideal in the place that first inspired both.

On the final night of our week-long trip, I was awakened by the haunting howls of lobos. I later learned that these were not just any wolves, but rather the defiant three-legged lobos of the Middle Fork Pack, each of whom has had a front leg amputated; one as the result of a steel leg-hold trap, the other from a reckless human with a shotgun.

If the lobo—and fire—are to endure in a landscape that is their ancient birthright, then it’s clear to me that we will need to continually exercise restraint and be vigilant in advancing an ethic of stewardship that celebrates all the Greater Gila has to offer.

But how much is enough? Adding an additional 2.2 million acres of eligible wilderness to the wilderness areas that already protect the Blue and Black Ranges and the Mogollon Rim? Securing a free-flowing Gila River in perpetuity? Protecting a population of 400 or 500 or more lobos?

I can’t say that I know exactly.

What I do know is that the most lasting lesson of my days and nights on the crest of the Mogollon Rim or along the three forks of the Gila River is that ecological dynamism—not lines drawn on the map to designate a park, or a monument, or even a wilderness area—is the holy grail that I seek to sustain.  And that sustains me in return.