Public Lands, Wildlife   Mexican gray wolf
#DefendCarnivores, #EndTheWarOnWildlife, #EndangeredSpeciesAct, #GreaterGila, #PressStatement, #StopExtinction, #WildlandsForWildlife
ALBUQUERQUE, N.M.—Craig Thiessen, the rancher responsible for the brutal death of young Mexican gray wolf ‘Mia Tuk,’ lost his case this week against the Gila National Forest in which he contended that the Forest Service couldn’t revoke his grazing permit because he has property rights to the Canyon del Buey grazing allotment. The Forest Service revoked Thiessen’s permit in 2019 after he pleaded guilty to violating the Endangered Species Act when he bludgeoned the trapped and collared wolf in 2015.

“The myth that public lands ranchers have some kind of ‘right’ to graze livestock has been shot down by the courts again and again,” said Greta Anderson, deputy director of Western Watersheds Project. “It’s a privilege, not a right, and when ranchers abuse the land or harm the wildlife – especially critically imperiled wildlife like wolves – they should lose that privilege.”

“Good riddance to this outlaw rancher,” said Robin Silver, a co-founder of the Center for Biological Diversity. “This man agreed to obey federal laws so he could graze cattle on public lands, and then he bludgeoned an endangered young wolf with a shovel while it was immobilized in a trap. He’s received nearly $400,000 in taxpayer subsidies. Thiessen doesn’t deserve another penny and should never be afforded grazing privileges on public lands again.”

“Subsequent records showed that Thiessen admitted to trapping and beating an additional wolf, and a wolf skull was found in the same area as Mia Tuk later that same year,” said Chris Smith, Southern Rockies wildlife advocate for WildEarth Guardians. “Losing his permit for this kind of egregious behavior is totally appropriate.”

“Craig Thiessen lost his grazing permit to public lands because he knowingly attacked Mia Tuk, pleaded guilty, and had no basis for continuing to benefit from the federal grazing program,” said Sandy Bahr, chapter director for the Grand Canyon chapter of the Sierra Club. “The Forest Service did the right thing in taking away his permit, and the court has done the right thing in affirming the federal agency’s jurisdiction to do so.”

“The arc of time since Mia Tuk was trapped and violently killed is bending ever more towards justice,” said Mary Katherine Ray, Wildlife Chair for the Rio Grande Chapter of the Sierra Club. “Thiessen has demonstrated that he is not a trustworthy tenant of the land he leased from the U.S. Forest Service.”

The grazing allotment occurs on the traditional lands of the Pueblo, Shiwinna (Zuni), and Chiricahua Apache people.

The Forest Service filed suit against Thiessen in July 2020 for trespassing on public lands to graze his livestock. That case is still pending, and Thiessen’s livestock remain on the allotment. 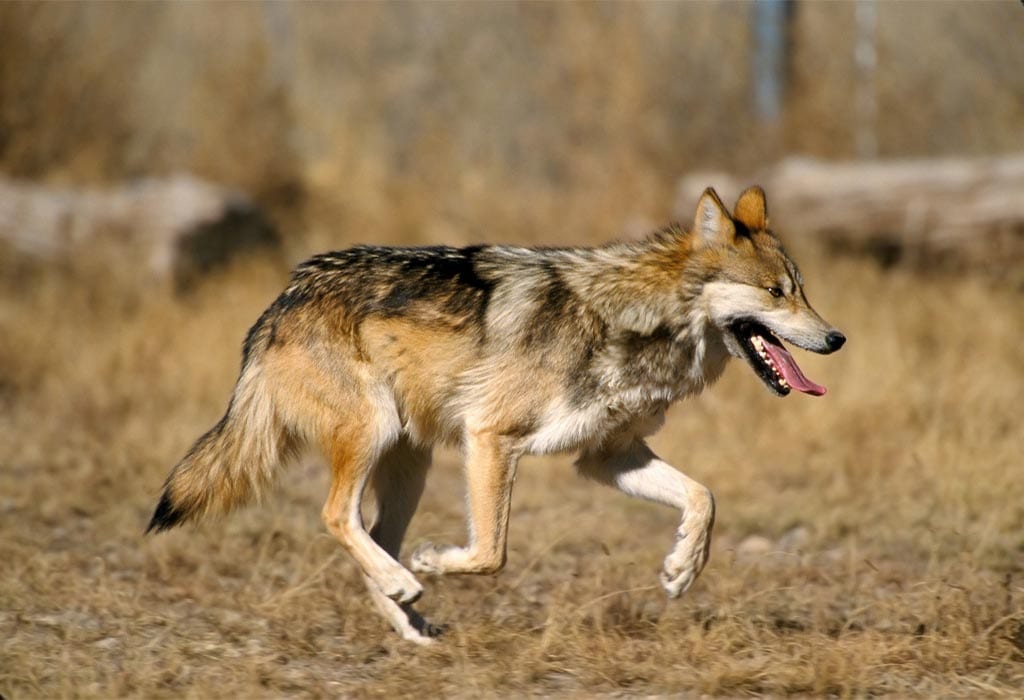 The Mexican gray wolf is the smallest subspecies of the gray wolf and the most endangered wolf in the world. Photo by Jim Clark, USFWS.