The lawsuit claims that the State of Montana, the Montana Department of Fish, Wildlife, and Parks (MFWP), and the Montana Fish and Wildlife Commission (the “Commission”), are violating the law by relying on stale and insufficient scientific data in order to authorize the killing of roughly 40% of the state’s wolf population this coming winter. Moreover, the lawsuit alleges that the state is flouting its responsibility to manage wildlife for the benefit of the entire public and is overstepping its management authority by allowing wolf slaughter on the boundaries of federal lands.

Since Montana’s wolves lost their federal protections under the Endangered Species Act (ESA) in 2011, the state has been managing its wolves and developing yearly regulations and quotas based on a plan developed in 2002. Despite the requirement that Montana’s 2002 wolf plan be reviewed every five years, the state has never updated it or engaged in a formal review, even with the rapid development of conservation science and carnivore ecology over the past two decades.

The lawsuit comes in the middle of Montana’s 2022/23 wolf hunting season, with wolf trapping—a season during which roughly half of all killing occurs—set to start on November 28. While hundreds of wolves have been killed in the past decade during hunting and trapping seasons, the state has drastically ramped up its effort to decimate the wolf population. Anti-carnivore legislation enacted in 2021 expands hunting seasons and broadens the brutal methods by which one can kill a wolf. This year, the Commission approved regulations allowing each license holder to kill up to 20 wolves until 456 wolves are killed statewide through cruel and unethical methods such as strangulation snares, bait (used to lure wolves out of Yellowstone and other protected areas), and nighttime hunting on private lands with spotlights, thermal imaging, and night vision.

“Montana’s politically-motivated wolf slaughter is illegal and completely unmoored from scientifically sound wildlife management,” said Lizzy Pennock, the Montana-based carnivore coexistence advocate at WildEarth Guardians. “Trophy hunting for wolves does not put food on anyone’s table, make elk populations healthier, or protect livestock. Montana’s pile of wolf carcasses stacks higher every day, and we are done waiting for somebody else to act.”

“While the rest of the world is trying to reverse our current course causing the mass extinction of life, Montana seems hellbent on flaming the proverbial fires,” said Michelle Lute, PhD in wolf conservation and carnivore conservation director for Project Coyote, an organization that works to protect native carnivores. “Science and Indigenous knowledge have already taught us that we slaughter wolves to our own detriment. Wolves are apex predators with outsized benefits across our communities. By regulating prey behavior to prevent overbrowsing, they are ecosystems guardians and increase the diversity and abundance of myriad species. With this lawsuit, we seek not only to save wolves but to save ourselves and our broadly-defined family of life.”

On February 10, 2022, WildEarth Guardians and allies won a lawsuit that restored federal Endangered Species Act protections for the gray wolf after they were eliminated by the Trump administration in 2020. The ruling ordered the U.S. Fish and Wildlife Service to resume recovery efforts for gray wolves, redesignating the gray wolf as a species threatened with extinction in the lower 48 states with the exception of the Northern Rockies population, for which ESA protections were removed in 2011 via a Congressional budget rider orchestrated by Senator Jon Tester (D-MT). 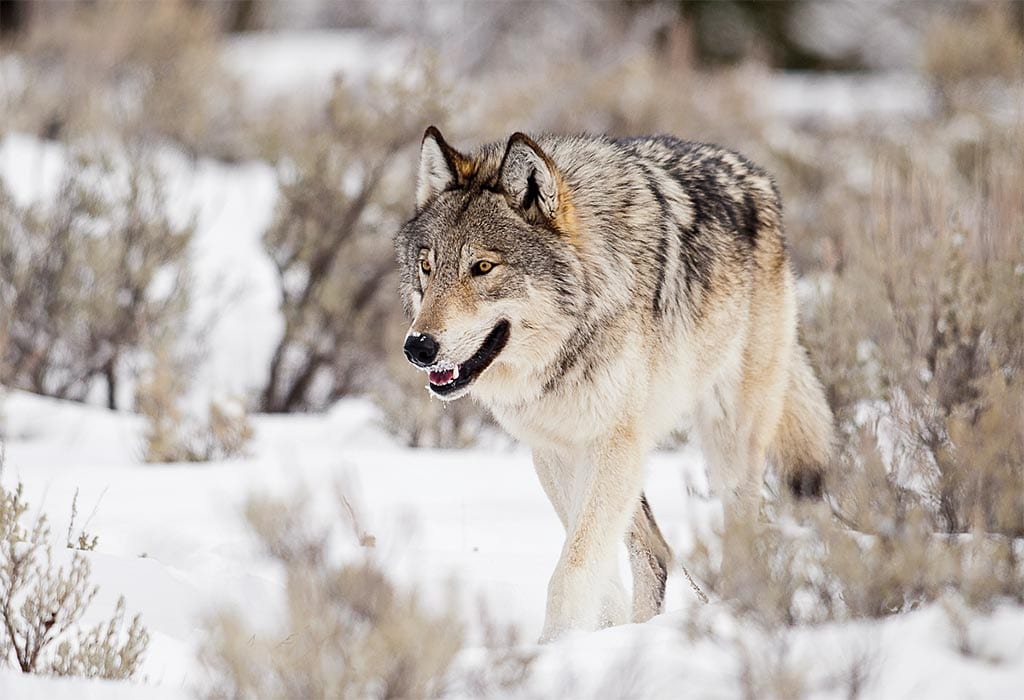