Wildlife
#EndangeredSpeciesAct, #PressStatement, #StopExtinction
HONOLULU, HAWAI’I—Today, on behalf of a coalition of wildlife protection groups including WildEarth Guardians, Earthjustice filed two lawsuits in the District of Hawai’i in response to the outgoing administration’s most recent attacks on the Endangered Species Act, the law that serves as the last safety net for animals and plants facing extinction. In the out-going Trump administration’s continuing fire-sale on the environment, it issued two new regulations that strip vital protections from federal lands and other areas that the best available science indicates are necessary for the conservation of threatened and endangered species.

The first case challenges the Trump administration’s cramped interpretation of “habitat,” which reverses nearly half a century of protections for habitat that needs restoration to meet species’ needs, as well as areas that species will need in the future as refuges to survive dramatic changes to the world’s climate.

“Designation of critical habitat is a crucial piece of the recovery process for species who have received ESA listing status,” said Lindsay Larris, wildlife program director at WildEarth Guardians. “This new rule shrinks the areas even eligible to be designated as critical habitat for numerous species, making an endangered or threatened species’ struggle to truly recover and thrive all the more precarious in our ever-changing and developing world.”

“The drafters of this rule were clearly more concerned with easing industry regulation than upholding the foundational purpose of the ESA–to ensure the protection, conservation and recovery of imperiled species,” said Earthjustice Attorney, Elena Bryant, lead attorney on the challenge to the habitat definition.  “We are going to Court to restore protections for the habitat that is essential to pull species back from the brink of extinction.”

The second rule strips vital protections from federal lands and other areas that the best available science indicates are necessary for the conservation of threatened and endangered species and prioritize profits for polluting industries over the conservation needs of wildlife facing extinction.  “Critical habitat is a bedrock protection afforded to imperiled species under the Act,” said Earthjustice Attorney, Leinā‘ala L. Ley, lead attorney challenging the critical habitat exclusion rule.  “By making it harder to designate critical habitat, this rule virtually guarantees that the loss of biodiversity and our natural heritage will only accelerate.”

The proposed changes directly undermine the Act’s purpose to prevent extinction and promote recovery.  The lawsuits were filed in Hawai’i where the new rules could be especially damaging due in part to limited habitat for native species found nowhere else on earth.

“Hawai‘i is the endangered species capital of the world; our small island home has over 30% of the nation’s listed plant and animal species,” said Moana Bjur, Executive Director of Conservation Council for Hawai‘i. “For us, protecting endangered species and ecosystems is necessary not only to ensure biodiversity and climate resiliency, but also to honor our history and cultural heritage as a place.” 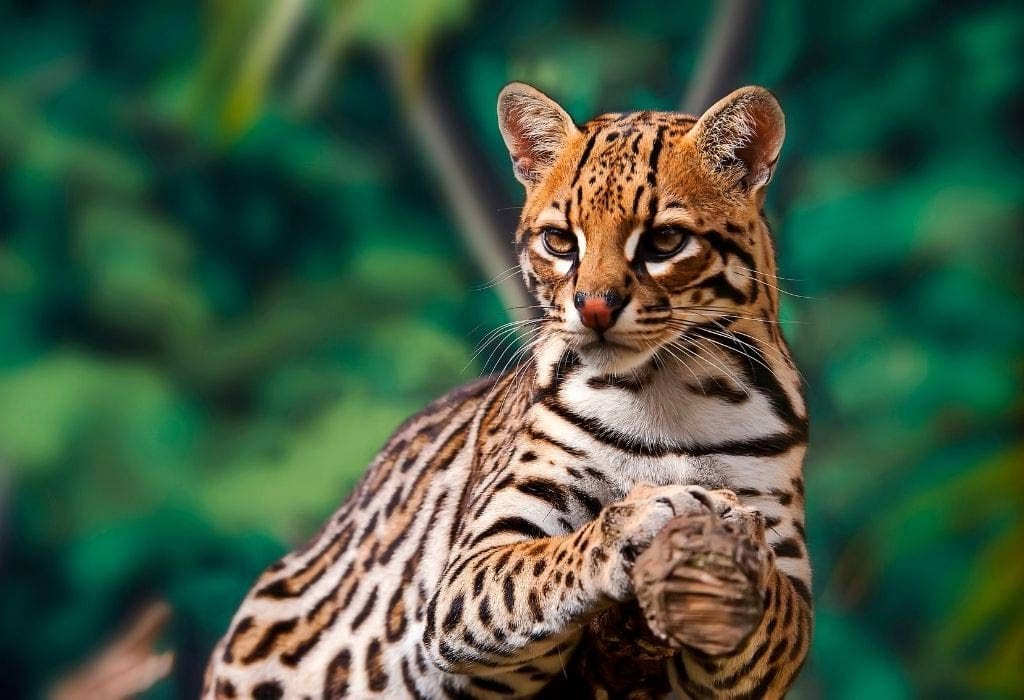 Despite listing the ocelot as endangered, and despite a legal petition from WildEarth Guardians, the U.S. Fish and Wildlife Service has refused to create critical habitat protections for this imperiled cat. That hesitation may prove fatal: From 1991 to 2000 alone, approximately 113,126 acres of suitable ocelot habitat were destroyed in south Texas. Without critical habitat protections, ocelots are unable to expand into new territories and connect with other isolated populations. Guardians and partners are working to protect these rare cats from snares and traps so that their fragmented U.S. populations will have the best possible chance of survival.