Lawsuit blasts the U.S. Fish and Wildlife Service for failing to follow the science

The most recent data from the Service and its state partners show an estimated 4,400 wolves inhabit the western Great Lakes states, but there are only 108 wolves in Washington state (with only 20 outside of eastern Washington), 158 in Oregon (with only 16 outside of northeastern Oregon), and a scant 15 exist in California. Nevada, Utah, and Colorado have had a few wolf sightings over the past three years, but wolves remain essentially absent from their historical habitat in these states.

“As a direct result of human persecution, wolves became functionally extinct across the contiguous U.S. in the 1960s,” said Sarah McMillan, conservation director at WildEarth Guardians. “Wolf reintroduction into Yellowstone in the mid-1990s was the start of an amazing effort to restore this keystone species to its historic range, an effort that is nowhere near completion. The Service may not claim victory and throw up its hands in the middle of recovery efforts, even if wolf management is challenging and has become a political hot potato. This directly contradicts the plain language and the intent of the ESA.”

In delisting wolves, the Service ignored the science showing wolves are not recovered in the West. The Service concluded that because, in its belief, there are sufficient wolves in the Great Lakes states, it does not matter that wolves in the West are not yet recovered. The Endangered Species Act demands more, including restoring the species in the ample suitable habitats afforded by the wild public lands throughout the West. Indeed, wolves are listed as endangered under state laws in Washington and California, and wolves only occupy a small portion of available, suitable habitat in Oregon. Likewise, wolves have only just begun to recolonize their historical, wild, public lands habitat in much of the West, including in Colorado and the southern Rockies.

“We have seen what happens when ‘management’ of wolves is returned to hostile state wildlife agencies disinterested in maintaining robust, stable, and genetically diverse wolf populations,” said Lindsay Larris, wildlife program director at WildEarth Guardians. “Idaho, which allows an individual to kill up to 30 wolves annually, saw the slaughter of nearly 600 wolves and wolf pups in a recent 12-month period. Now other states are gearing up to allow wolf hunting and trapping this fall. Returning this type of unscientific and barbaric ‘management’ to states at this early juncture would spell disaster for true gray wolf recovery, plain and simple.”

The conservation groups have long been active on wolf recovery issues in the American West, including working with Western states to develop science-based wolf management plans, mounting cases to rein in rogue federal government wolf-killing programs, promoting recovery efforts in the Southwest for critically imperiled Mexican gray wolves, and working with local governments and landowners to deploy non-lethal tools that prevent wolf-livestock conflicts.

While the Trump administration may believe it can disregard science to promote purely political listing decisions, the law does not support such a stance. The best available science says gray wolves are not recovered, and the coalition looks forward to having a court hear science-based arguments supporting the necessity of ongoing Endangered Species Act protections to allow wolves to truly recover across the species range.

“Wolves are a keystone species whose presence on landscapes regulates animal populations and improves ecosystem health—something the Service has acknowledged for at least 44 years,” said Kelly Nokes, Western Environmental Law Center attorney. “Allowing people to kill wolves in Idaho, Wyoming, and Montana has already stunted recovery in those states. Applying this same death sentence to wolves throughout the contiguous U.S. would nationalize these negative effects, with potentially catastrophic ripple effects on ecosystems where wolves have yet to fully recover.” 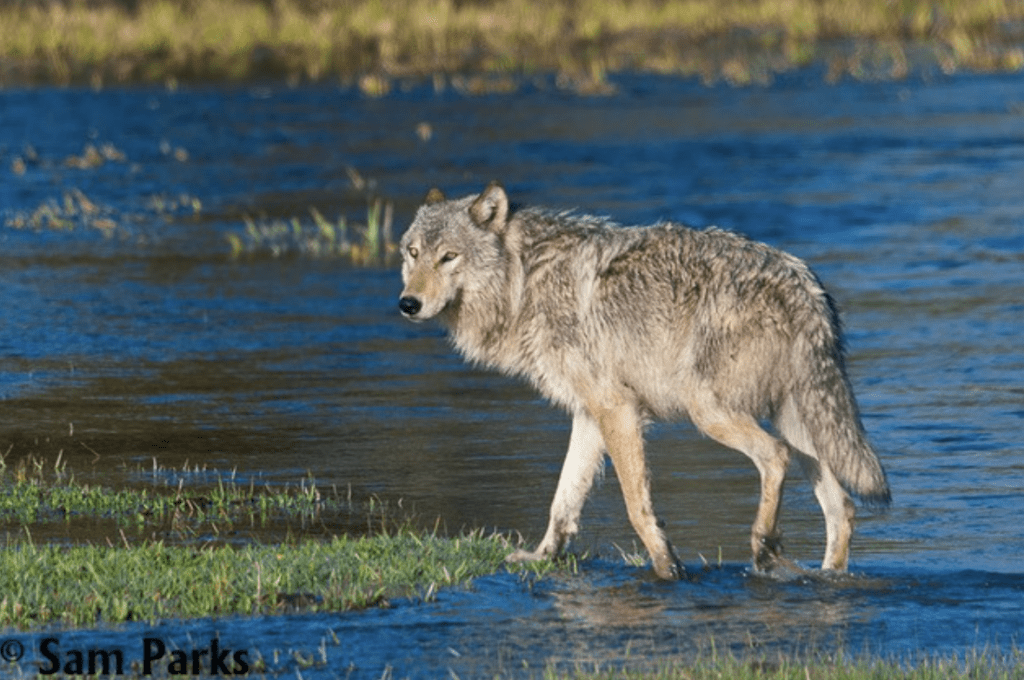