On November 6th a coalition of Western wolf advocates filed a notice of intent to sue the U.S. Fish and Wildlife Service, launching a challenge of the Trump administration’s decision to prematurely strip gray wolves of federal protections in the contiguous 48 states, in violation of the Endangered Species Act. This notice starts a 60-day clock, after which the groups will file a lawsuit in federal court.

The most recent data from the U.S. Fish and Wildlife Service (USFWS) and its state partners show an estimated 4,400 wolves inhabit the western Great Lakes states, but only 108 wolves in Washington state, 158 in Oregon, and a scant 15 in California. Nevada, Utah, and Colorado have had a few wolf sightings over the past three years, but wolves remain functionally extinct in these states. These numbers lay the groundwork for a legal challenge planned by a coalition of Western conservation groups.

“As we’ve seen over the past week, counting and numbers are not a strength of the Trump administration,” said Lindsay Larris, wildlife program director at WildEarth Guardians. “No matter how you try to spin the data, wolves do not even inhabit 20 percent of historic range. This is not true recovery under the Endangered Species Act and a clear violation of the law.”

“The Trump administration has been nothing but cynical, self-serving, and science-denying since the beginning,” said Taylor Jones, endangered species advocate for WildEarth Guardians. “Delisting wolves was a last-ditch, unsuccessful stunt to garner votes, and there’s no way we’re going to let it stand unchallenged.”

“Given that gray wolves in the lower 48 states occupy a fraction of their historical and currently available habitat, the Fish and Wildlife Service determining they are successfully recovered does not pass the straight-face test,” said John Mellgren, an attorney with the Western Environmental Law Center. “While the Trump administration may believe it can disregard science to promote political decisions, the law does not support such a stance. We look forward to having a court hear our science-based arguments for why wolves are not recovered throughout the contiguous U.S. and need Endangered Species Act protections to fully recover.”

The conservation groups have long been active on wolf recovery issues in the American West, including working with western states to develop science-based wolf management plans, mounting cases to rein in rogue federal government wolf-killing programs, promoting recovery efforts in the Southwest for critically imperiled Mexican gray wolves, and furthering non-lethal methods to prevent wolf-livestock conflicts before they occur.

“Wolves are a keystone species whose presence on landscapes regulates animal populations and improves ecosystem health – something the Service has acknowledged for at least 44 years,” said Kelly Nokes, an attorney at the Western Environmental Law Center. “Allowing people to kill wolves in Idaho, Wyoming, and Montana has already stunted recovery in those states. Applying this same death sentence to wolves throughout the contiguous U.S., would nationalize these negative effects, with potentially catastrophic ripple effects on ecosystems wherever wolves are found today.” 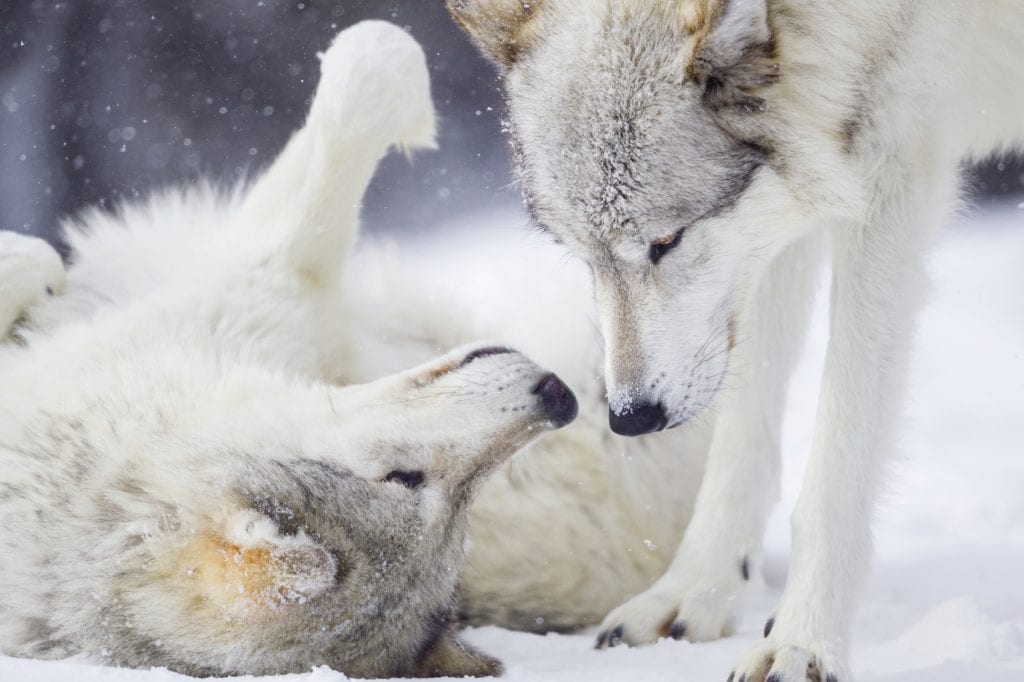