Climate + Energy, Public Lands
#KeepItInTheGround, #NoNewLeases, #PressStatement
Denver—Citing harm to wildlife, clean air, and the climate, conservation groups filed a legal protest on November 14 challenging a Trump administration plan approving the sale of fracking leases on 275,000 acres of public lands in Wyoming. Fracking those leases would destroy habitat for greater sage-grouse, worsen air quality and cause up to 43 million tons of climate pollution—as much as a coal-fired power plant emits in 11 years.

The protest comes in the wake of a federal court blasting the Trump administration last week over its failure to account for the climate consequences of selling public lands for fracking in Wyoming,

“This last gasp assault on our climate and public lands firmly bolsters the need for President-elect Biden to make good on his commitment to ban federal fossil fuel leasing and reverse the damage wrought by four years of climate and science denial under Trump,” said Matt Nykiel with WildEarth Guardians. “For four years now, we’ve been on the frontlines fighting back against the Trump administration’s attempts to sell out our public lands for fracking and we don’t intend to back down until President-elect Biden holds true to delivering bold action for climate.”

The online auction, which will offer 118,219 of the 275,000 approved acres, is scheduled December 15-17. President-elect Biden has pledged to ban new oil and gas leasing on federal public lands and waters when he takes office January 20.

“Each ounce of climate pollution lends urgency to Biden’s plan to end fossil fuel leasing on public land and waters,” said Taylor McKinnon, a senior campaigner at the Center for Biological Diversity. “This Wyoming plan is a recipe for disaster. Our climate can’t afford one more acre of public land committed to fossil fuel development.”

“The unrestrained leasing of our public lands for oil and gas extraction not only jeopardizes local and regional water quality and quantity but also intensifies climate impacts across the Western United States,” said Kate Hudson, Western US Advocacy Coordinator for Waterkeeper Alliance. “All communities—but especially our Native American nations—are increasingly threatened with a devastating combination of irreversible drought and catastrophic fire. We call on the Biden administration to abandon aggressive fossil fuel extraction from our public lands and equitably address the climate crisis before it is too late.”

The protest also challenges the Bureau’s failure to prioritize leasing outside of sage-grouse habitat and to fully assess potential harms from fracking to grouse populations. Estimates from multiple state wildlife agencies show that grouse populations are plummeting. The grouse once occupied hundreds of millions of acres across the West, but their populations are dwindling as oil and gas development, livestock grazing, roads, powerlines and other activities have destroyed and fragmented their native habitats.

“With its last dying gasp, the Trump administration appears hellbent on committing as much sage grouse habitat as possible to its failing energy dominance agenda,” said Erik Molvar, executive director of Western Watersheds Project. “But the courts have made clear that this stampede to lease key sage grouse habitats for drilling and fracking is illegal, and the Biden administration has signaled a pivot to climate-friendly policies on public lands, so this commitment of public lands to industrial destruction may be short-lived indeed.”

The protest was filed by WildEarth Guardians, the Center for Biological Diversity, Living Rivers and Colorado Riverkeeper, Waterkeeper Alliance and Western Watersheds Project. 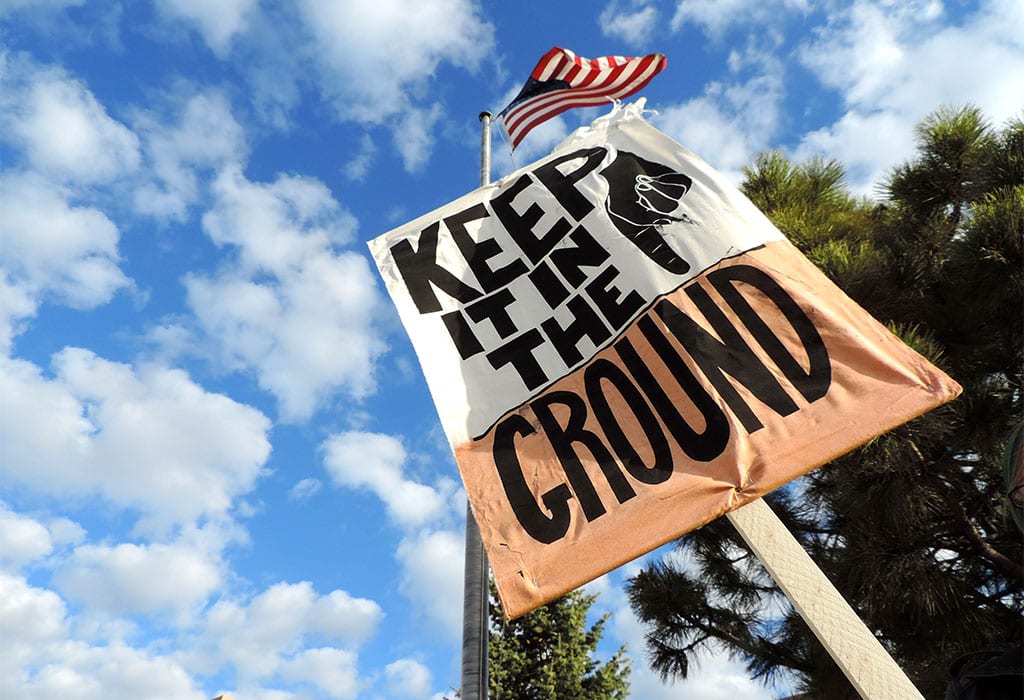