Wildlife   Wolverine
#DefendCarnivores, #EndangeredSpeciesAct, #PressStatement, #StopExtinction
MISSOULA, MONTANA—Today, WildEarth Guardians, and a coalition of wildlife advocates, filed a lawsuit challenging the Trump administration’s decision to deny protections to imperiled wolverines under the Endangered Species Act. This is the second time the Fish and Wildlife Service has prioritized politics over science for wolverines, which number only about 300 in the contiguous U.S.

The groups in today’s filing defeated the Service in court in 2016, after the Service abruptly withdrew its proposed rule to list the lower 48 population of wolverine as “threatened” under the ESA. The court ordered the agency back to the drawing board with a directive to apply the best science in evaluating the protection needs of the wolverine. Four years later, the Service returned with the same decision to deny wolverine protective status, despite no new scientific support for such a determination.

“In the face of a clear biodiversity crisis and mass extinction event, imperiled species need swift and coordinated federal government protection now more than ever,” said Lindsay Larris, wildlife program director for WildEarth Guardians.  “Wolverines, like so many other persecuted carnivores, remain imperiled according to clear scientific evidence. Relying upon piecemeal management by state wildlife agencies for wolverine survival because of political pressure is insufficient for recovery and contrary to both science and the law.”

In April 2016, a federal judge sided with conservation groups, agreeing that the Service’s August 2014 decision not to list wolverine as threatened was “arbitrary and capricious” and contrary to the scientific literature. In a scathing opinion, the court clearly stated that “[n]o greater level of certainty is needed to see the writing on the wall for this snow-dependent species standing squarely in the path of global climate change. It has taken us twenty years to get to this point. It is the [court’s] view that if there is one thing required of the Service under the ESA, it is to take action at the earliest possible, defensible point in time to protect against the loss of biodiversity within our reach as a nation. For the wolverine, that time is now (Opinion at page 83).”

“This is yet another chapter in this administration’s war on science,” said Matthew Bishop, an attorney with the Western Environmental Law Center, legal counsel for the coalition. “Public records reveal the Service decided not to protect wolverine from day one and then worked backwards to figure out how to make the decision stick. It’s really unfortunate.”

Before its decisions to deny wolverines endangered species protections, the Service identified climate change, in conjunction with small population size, as the primary threat to the species’ existence in the contiguous U.S.

The wolverine relies on snow year-round. With its large paws, it can travel easily over snow, and often relies on deep snow for hunting. Snow is also a “freezer” that permits the wolverine to store and scavenge food. One study found 98% of all wolverine den sites in places with persistent snowpack.

Published, peer-reviewed research, the independent Society for Conservation Biology, the majority of experts who reviewed the decision, and the Service’s own biologists all verified this finding.

“This is something we were really hoping to avoid after the court’s 2016 decision,” said Bishop. “I was cautiously optimistic the Service would get it right this time and we’d be focusing our time and energy on developing a conservation strategy, recovery plan, critical habitat, and possibly reintroduction efforts for wolverine. Instead, we’re back in court challenging an agency that continues to put politics over science.”

Background: Wolverine number just 250-300 individuals in the contiguous U.S. and are dependent on high elevation habitat with deep winter snows. Imperiled by climate change, habitat loss, small population size and trapping, wolverine were first petitioned for Endangered Species Act protections in 2000. The Service found the petition did not contain adequate information to justify a listing. A federal court overturned that decision in 2006. The Service then issued a negative 12-month finding in 2008, which was challenged in court resulting in a settlement that led to a new finding that wolverine should be protected under the ESA, but that other priorities precluded the listing at that time. A landmark settlement, which resolved the backlog of imperiled species awaiting protections, then guaranteed a new finding for wolverine. In February 2013, the Service proposed listing the wolverine as “threatened” under the ESA. In August 2014, however, the Service reversed course and issued a decision not to list the species, contradicting its own expert scientists’ recommendations. In April, 2016 the court overturned the Service’s decision not to list, reinstating wolverine’s status as a candidate species and requiring a new final rule. 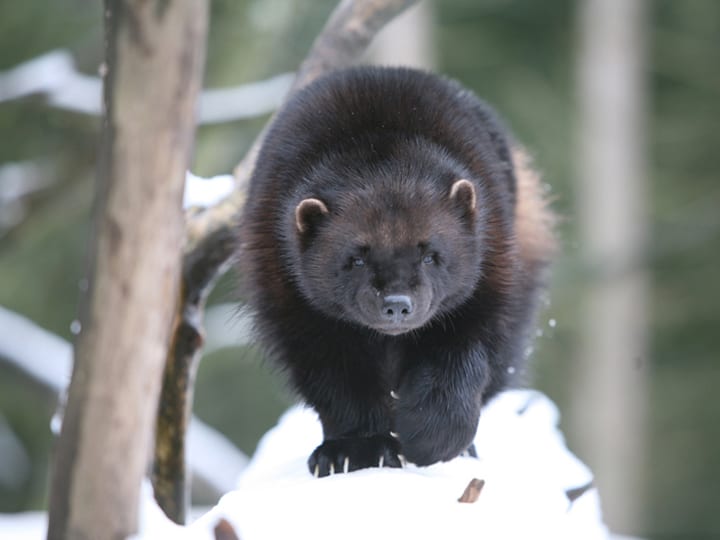