Washington, D.C.– Tomorrow the Trump administration is slated to finalize a rule that further erodes the Endangered Species Act,  the one of the nation’s most effective and most popular laws.

Under the new rule, the administration has narrowed the scope of what can be considered habitat, redefining what habitat is and limiting the ability of federal agencies to establish critical habitat for listed species. These new rules also undercut species conservation in the face of climate change by prohibiting new designation for species as some move to find more favorable temperatures and other habitat conditions.

This rollback is part of a pattern under the Trump administration of weakening environmental protections in favor of extractive industries. This attack on the Endangered Species Act follows its 2019 rollbacks to the regulations that implement the law. Those changes are under legal challenge.

“Narrowing the definition of habitat will make it harder to restore degraded areas in order to recover species,” said Taylor Jones, endangered species advocate for WildEarth Guardians. “In the midst of an extinction crisis, we need more habitat protections, not less.”

“This administration is leaving office with a scorched earth policy for wildlife,” said Addie Haughey, Earthjustice Legislative Director for Lands, Wildlife, and Oceans. “The Trump administration finalized this rule just under the wire to make it harder for species to survive and recover—the exact opposite of what we should be doing under the Endangered Species Act. We urge President-elect Biden and his administration to take a hard look at this anti-science rule next year.”

“Safeguarding habitat is key to bringing imperiled species back from the brink of extinction,” said Kate Wall, Senior Legislative Manager at the International Fund for Animal Welfare (IFAW). “This rule undermines the role of science in protecting our nation’s iconic wildlife and jeopardizes their ability to adapt in the face of climate change and ecosystem disruption.”

“This rollback is particularly appalling because it reverses successful practices followed by both Republican and Democratic administrations for decades,” said Alex Petersen, Conservation Advocate with Environment America. “Under those practices, iconic animals, such as bald eagles and American alligators, have returned from the brink. We should not destroy the future homes of species just to build a few more roads and harvest a little more wood.”

“Critical habitat is just that— critical for species’ survival and recovery. In the face of mass extinction, and climate and health crises worsened by habitat destruction and loss of nature, a rule thwarting critical habitat designation until it’s too late is completely irresponsible,” said Bonnie Rice of Sierra Club’s Our Wild America campaign.

“We need to call this out for what it is: a blatant disregard for our nation’s wildlife and wild places, in favor of more oil and gas development and habitat destruction,” said Rebecca Riley, Legal Director of the Nature Program at NRDC (Natural Resources Defense Council). “This administration continues to favor special interests over the interests of most Americans, who favor species protections.”

“By finalizing this rule, the Trump administration has made another seemingly “small” change that the USFWS and NMFS hope will escape the notice of the American public,” said Sara Amundson, president of the Humane Society Legislative Fund. “But make no mistake: by finalizing this rule the administration has fired another volley in its assault on the Endangered Species Act, the bedrock law that protects animals at risk of extinction. This law has prevented 99% of listed species from becoming extinct, and Americans across the political spectrum support it wholeheartedly. These systematic small changes do nothing but make the law less effective and put more iconic species at risk.”

“These rules once again sideline the science of conservation”, said Dr. Andrew Rosenberg, director of the Center for Science and Democracy at the Union of Concerned Scientists (UCS). “They ignore the reality of our warming climate and the ongoing destruction of habitat, hindering real species recovery. That is both wrong and short-sighted.”

“At a time of unprecedented wildlife extinction and habitat destruction, we should be working to strengthen — not weaken — the Endangered Species Act,” said Cathy Liss, president of the Animal Welfare Institute. “The pathogen causing the catastrophic global pandemic emerged due to human exploitation of wildlife and destruction of habitat, and this crisis is a clear signal that we must redouble our efforts to protect the natural world. The ESA is our nation’s best tool for helping to prevent extinction, and it is shameful that the Trump administration remains determined to eviscerate it.”

“This is yet another blow to endangered species from an administration that subscribes to a ‘death by a thousand cuts’ approach to bedrock wildlife laws. This clearly favors developers and industry, making it easier for the most vulnerable wildlife to slip through the cracks,” said Jamie Rappaport Clark, president and CEO of Defenders of Wildlife. “The new definition contradicts the purpose of the Endangered Species Act and conflicts with the purpose of critical habitat to conserve species into the future. In the midst of a global extinction crisis, we will ask the Biden administration to right this wrong.”

“This 11th hour rule, imposed in an administration with just a few short weeks left, will block National Park Service leaders, agency partners and communities from addressing the future needs of imperiled species,” said Bart Melton, Wildlife Program Director for the National Parks Conservation Association. “Amid the climate crisis, the final regulation fails to provide agencies the flexibility to address the future habitat needs of species and will make it harder to protect critical habitat. Critical habitat designations have successfully supported threatened and endangered wildlife including Canada lynx in Grand Teton and piping plover at Cape Hatteras. The National Parks Conservation Association rejects this rule and urges the incoming Biden administration to reverse this and other dangerous attacks on our national parks, wildlife, fish and plants.”

“These damaging rules weaken our national safety net for fish, plant and wildlife on the brink of extinction,” said Leda Huta, Executive Director for the Endangered Species Coalition. “We will work with the next administration to ensure the Endangered Species Act is restored and strengthened so that future generations of Americans can revel in the wonder of the natural world.”

Said Sara Marinello, WCS Vice President for Government and Community Affairs: “The Endangered Species Act (ESA) has been a bedrock conservation law for more than 45 years, demonstrating U.S. leadership to protect and recover endangered and threatened wildlife. WCS strongly opposes ESA rule changes, including to the definition of ‘habitat’ and the designation of unoccupied critical habitat, which would greatly weaken the ability to protect areas where wildlife can recover.” 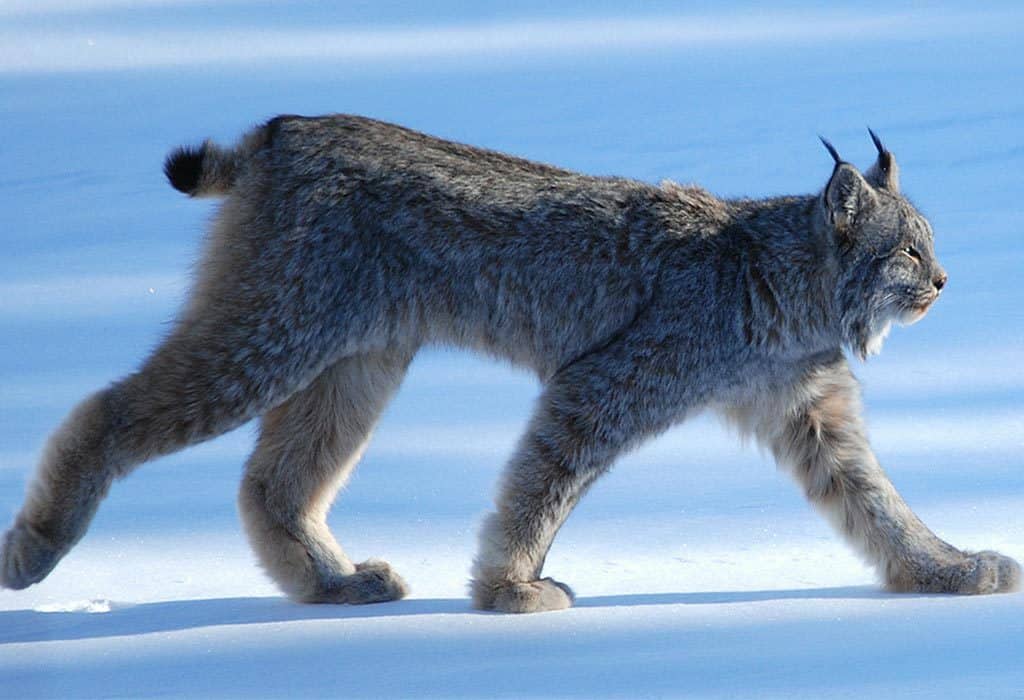 Canada lynx are protected as a threatened species under the Endangered Species Act. The USFWS first listed lynx as threatened under the ESA in 2000; however, at that time the USFWS failed to protect any lynx habitat, impeding the species’ survival and recovery. To date, the USFWS has still failed to designate any lynx critical habitat in the species’ entire southern Rocky Mountain range. Photo by Keith William.