“This is a big win for the climate and a real test to see if the Biden administration is going to get serious about confronting the climate impacts of selling public lands for fracking,” said Jeremy Nichols, Climate and Energy Program director for WildEarth Guardians. “With the oil and gas industry bent on despoiling America’s public lands and fueling the climate crisis, this is a critical opportunity for the Biden administration to chart a new path toward clean energy and independence from fossil fuels.”

Between 2016 and 2021, the groups filed lawsuits challenging the sale of millions of acres of public lands for fracking in Colorado, Montana, New Mexico, Utah, and Wyoming.

The suits targeted the failure of the U.S. Department of the Interior’s Bureau of Land Management to address the climate implications of leasing oil and gas, which conveys a right for companies to extract and pollute. In an order late yesterday, Judge Rudolph Contreras dismissed the cases, upholding the settlements and rejecting industry attempts to derail the agreements.

“This suite of cases has entirely recast the federal government’s obligation to consider the cumulative climate impacts of oil and gas leasing on public lands,” said Kyle Tisdel, senior attorney and Climate and Energy Program director for the Western Environmental Law Center. “The incompatibility of continued fossil fuel exploitation with a livable planet is crystal clear. These settlements represent a fundamental opportunity for the Biden administration to align federal action with this climate reality and to keep its promise to present and future generations.”

Fossil fuels extracted from public lands and waters, including coal, oil, and gas, are responsible for more than 900 million metric tons of climate pollution, equal to the emissions from nearly 200 million vehicles. As these fossil fuels are produced and consumed, the emissions account for nearly a quarter of all greenhouse gases released in U.S.

Together, oil and gas extracted from public lands and waters account for nearly 10% of all climate pollution released in the U.S.

“Our settlements give new hope that we can more effectively confront the climate crisis and protect our health from oil and gas extraction,” said Barbara Gottlieb, director of Environment & Health at Physicians for Social Responsibility. “Given how dangerously greenhouse gas levels are rising, it’s critical that the Biden administration put the brakes on fracking and speed up the transition away from fossil fuels.”

Scientists have warned that to prevent the worst effects of the climate crisis, oil, gas, and coal production must rapidly decrease worldwide, and ultimately end. In spite of this dire warning, the federal government has for years rubber-stamped more oil and gas leasing, locking in more greenhouse gas emissions. Most of this leasing has involved public lands in the western U.S.

The groups’ agreements provide new hope that the Biden administration will change course from previous federal administrations. President Biden already ordered a pause on new oil and gas leasing as part of an executive order tackling the climate crisis. Although this pause was halted by a federal judge, the administration has appealed this ruling.

In 2016, the groups filed suit challenging the sale of nearly 460,000 acres of public lands oil and gas leases in Colorado, Utah, and Wyoming. Filed in the U.S. District Court for the District of D.C., the case was the first to target the failure of Interior to address the nationwide climate impacts of its oil and gas leasing program.

In 2019, Judge Contreras ruled in favor of the groups. In the landmark ruling, Judge Contreras chided the federal government for ignoring the cumulative climate implications of oil and gas leasing.

Following this ruling, the groups again filed suit in 2020, challenging nearly 2 million acres of oil and gas leases in Colorado, Montana, New Mexico, Utah, and Wyoming. Interior ultimately conceded defeat in late 2020 over most of the leasing. Shortly after, Judge Contreras issued another ruling in favor of the groups over the federal government’s failure to respond to his original order on remand.

In January 2021, right before President Biden assumed office, the groups again filed suit challenging the sale of more than 1 million acres of oil and gas leases in the western U.S.

The settlements resolve the three lawsuits, committing the Biden administration to address the climate implications of oil and gas leasing and reconsider past decisions. Citing the agreements, Judge Contreras today dismissed the three lawsuits. 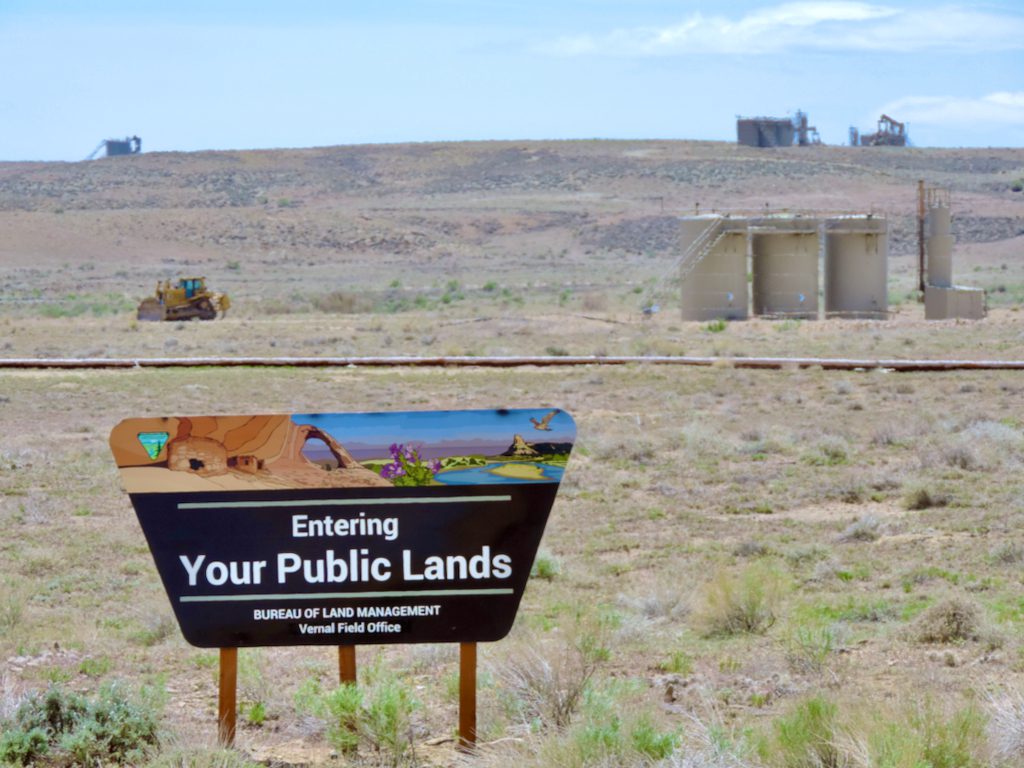