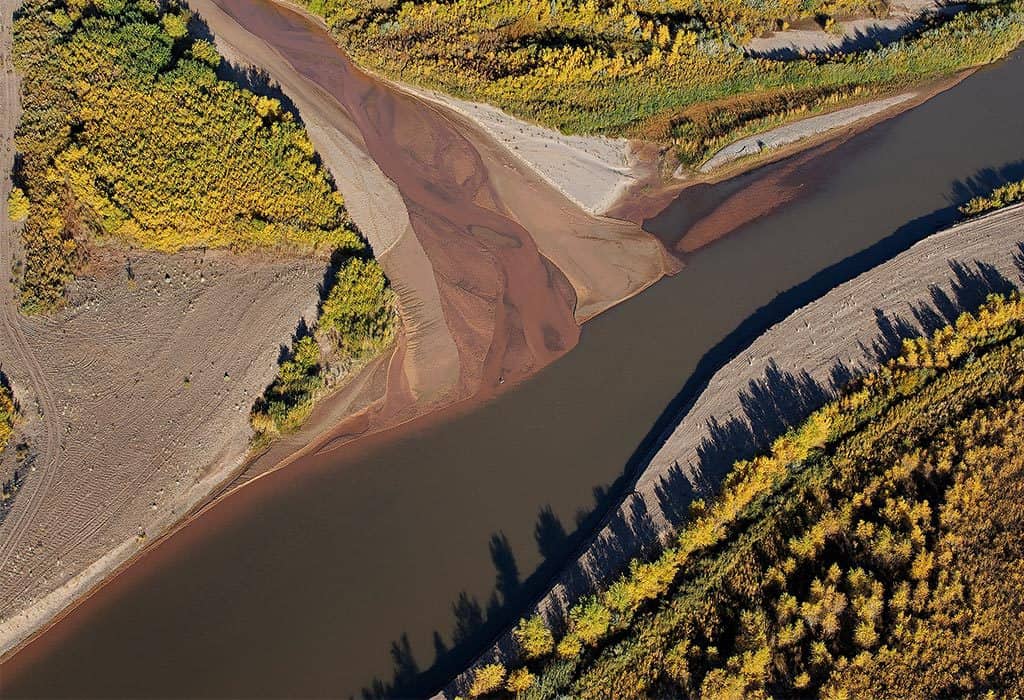 Why the Rio Grande’s flows matter

The Rio Grande, America’s Great River, is running out of water. That’s a major cause for concern for a number of reasons.

1. Because native plants and animals depend on water in the Rio. More than 400 species of native fish, wildlife, and plants have inhabited the Rio Grande Basin for centuries. The drying river and destruction of riparian habitat mean that many of these species—including the Rio Grande silvery minnow, Southwestern willow flycatcher, New Mexico jumping mouse, and others—are now in danger of extinction.

2. Because the tourism and recreation economies in towns along the river depend on its water. People come to the Rio to raft, fish, and kayak—all of which require a flowing river.

3. Because climate change is happening. Climate change is expected to reduce flows in the Rio by 25 to 50 percent by the end of this century, compounding current issues associated with low flows. Temperatures in the Basin are already climbing, and precipitation is likely to decrease.

4. Because the Rio’s flows shaped the region’s history and will continue to shape its future. The Rio Grande carved canyons and nourished the largest contiguous bosque (cottonwood forest) in the world; sustained the cultures of many generations of pueblo people; and served as the economic engine of the area. The Rio built this region, and if the Rio dries, the region will lose its past, present, and future.

5. Because when the river doesn’t reach the sea, something is very wrong. The year 2000 marked the first time in the Rio’s history that it did not reach the Gulf of Mexico. When what should be a given is thrown into question, it’s time to rethink how we can sustain this icon for future generations.