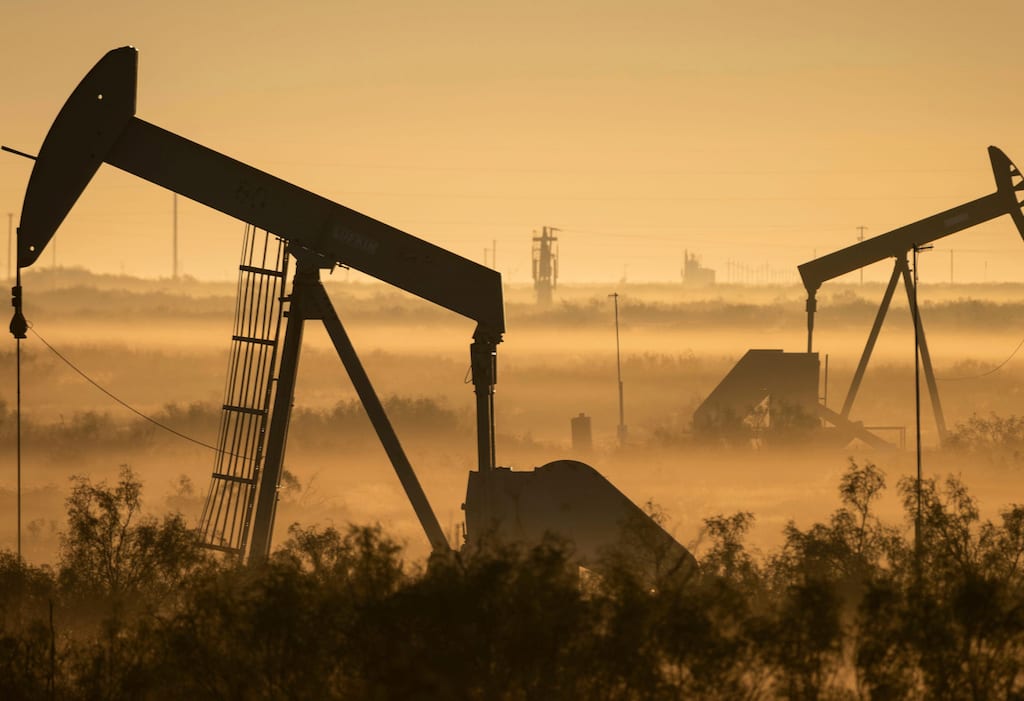 Hearing Presents Opportunity to Call on New Mexico Citizen Board to Uphold the Law, Protect Clean Air and Health

This week WildEarth Guardians is stepping up to defend clean air and people’s health from fracking.

At a virtual hearing before the New Mexico Environmental Improvement Board starting today, we’re challenging the state’s approval of permits that are fueling air quality violations.

In spite of rising pollution in southeast New Mexico, regulators continue to rubberstamp more permits for the oil and gas industry to pollute. This region encompasses the western Permian Basin, which is the world’s largest oil producing region and a massive source of climate pollution.

The thing is, the New Mexico Environment Department is legally prohibited from approving air pollution permits that contribute to violations of federal health standards.

In light of this, we’ve appealed a number of permits and provided written expert testimony highlighting how the New Mexico Environment Department’s ongoing permitting of more fracking pollution not only threatens clean air, but completely defies the law.

Today, we’re getting our day in court, although virtually.

The hearing kicks off with WildEarth Guardians Staff Attorney, Daniel Timmons, offering an opening statement, followed by testimony and cross examination from all the parties.

We simply ask that the Board uphold the law and the Department’s permitting regulations and put a stop to this untenable situation.

The Environmental Improvement Board is also scheduled to take public comment starting at 4 PM on September 23 and at 9 AM on September 24. If you can, tune in and offer your comments via WebEx, click here to join >>

We’ve prepared talking points to help guide your comments, please take the time to speak out if you can!

Our hope is that the Environmental Improvement Board, which consists of seven citizen members, will do the right thing, hold the Environment Department accountable, and reject illegally approved permits.

The need for the Environmental Improvement Board to uphold the law is more critical than ever for southeast New Mexico. In Eddy County, where the town of Carlsbad is located and where Carlsbad Caverns National Park is located, ozone levels continue to rise above health standards.

According to U.S. Environmental Protection Agency data, Eddy County has experienced eight days of unhealthy ozone so far in 2020. As the chart below shows, 2020 is set to be yet another smoggy year for the region. 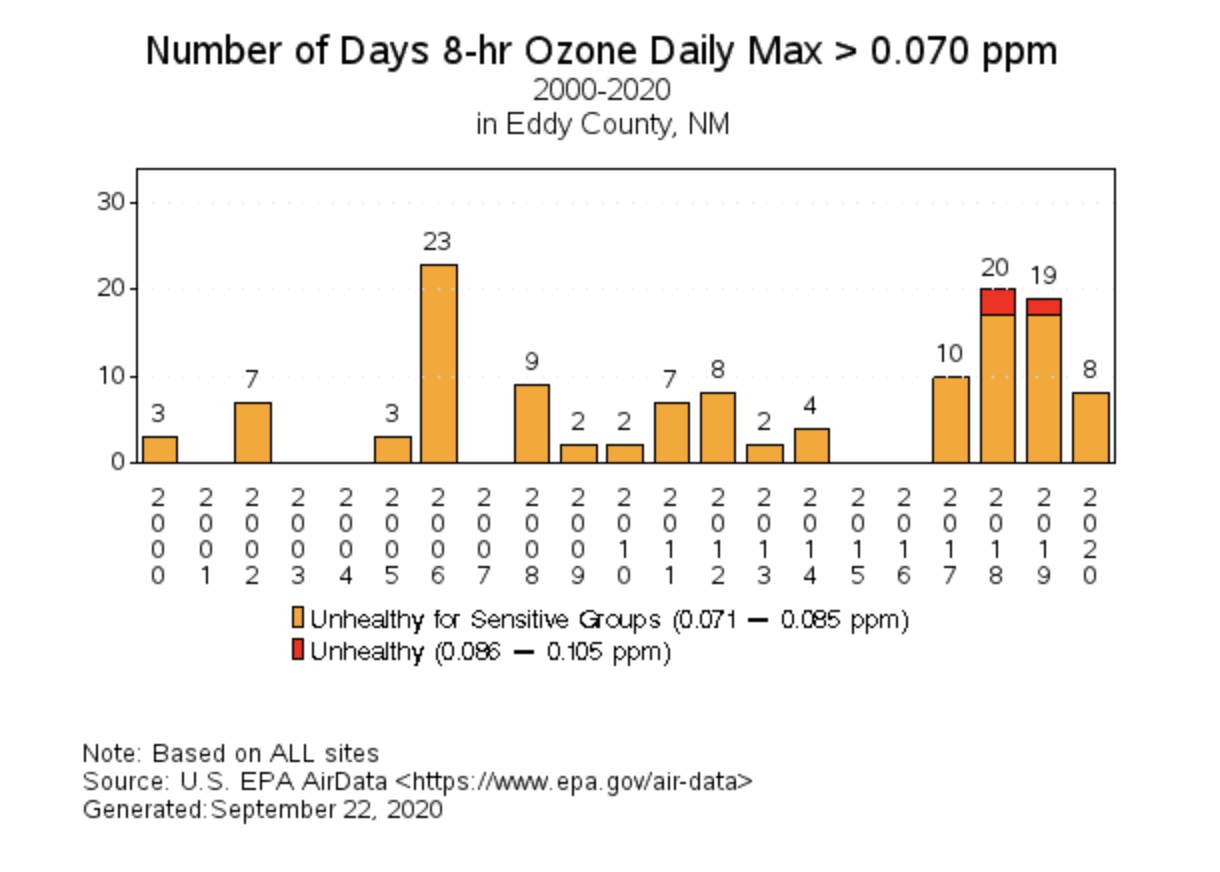 Without a doubt, this air pollution has been fueled by a boom in fracking in southeast New Mexico.

Recognizing this, the New Mexico Environment Department has proposed new regulations that would clamp down on ozone forming pollution from the oil and gas industry. While potentially offering relief, unfortunately the prospect of future new regulations doesn’t let the Department off the hook for protecting clean air in the present.

It’s critical that the oil and gas industry stop putting the costs of its pollution on the shoulders of people and communities. We won’t back down until we’ve achieved full accountability.