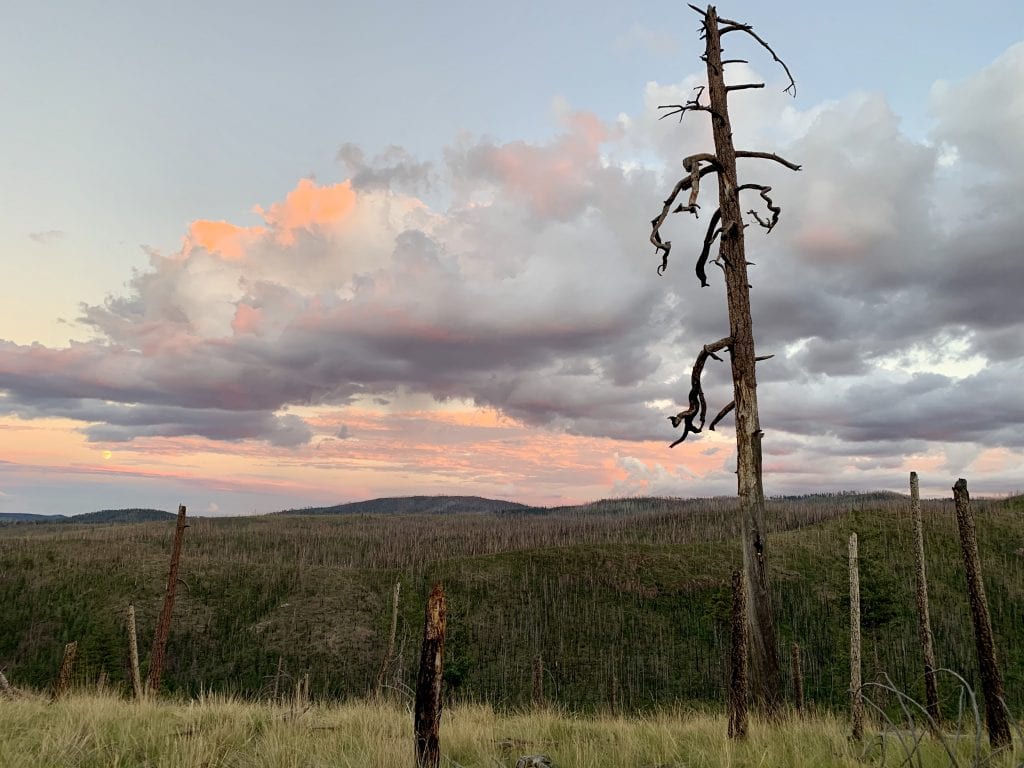 Earth at the “Crossroads”

Finding our way in a time of extirpation

Ten years ago, some humans came to the table. We sat down together and looked at the facts. We looked at each other. Looked at the world. And looked at the facts again. The scientific facts. The planet is warming, we said to each other. Species are dying. The Sixth Mass Extinction, we murmured under our breath. What can be done. Must be done. So we made a pact. Signed a treaty. Nodded our heads and dusted our hands and went back to our respective countries. Masters of solutions. Inventive solvers of problems. Phew, we thought to ourselves. That was a close one.

Ten years later, we came to the table again. We stood with our hands on our heads, our eyes to the sky. We paced and fretted and asked why. And then asked how. The facts were still there. Only worse this time. More warming. More species. Gone. Our goals, unachieved. And now, a global pandemic. Fires. Floods. Birds falling from the sky. How? Why?

Global Biodiversity Outlook (GBO) is the primary publication of the Convention on Biological Diversity. The Convention on Biological Diversity is the primary organization attempting to gather members of the global community to address species extinction, as they did ten years ago, when almost every country in the world (sans the United States), signed on to an arduously negotiated and fastidiously researched treaty to mitigate climate change and species die-off events.

The 5th GBO was just published, and in no uncertain terms, we are failing at our goals. A New York Times article published on Tuesday summarizes the GBO’s findings nicely. The takeaway: we are doing far too little. Extractive and exploitative industries still maintain a vice grip on governing agencies and institutions that set policy regarding agriculture, transportation, and energy. In other words, the status quo is slow to go. No surprise there.

But when life as we know it is on the line, perhaps we pay attention to the fire, quite literally, burning under our asses, and demand that systemic change is non-negotiable. Governments must act now. Nothing less than a complete overhaul is required for the integrity of posterity. For the perpetuity of the human species. For the future of our more-than-human cohabitants who now look to us for their survival. As the article states, “Without transformational change, all humanity will be affected, with Indigenous people and the poor bearing the worst effects.”

And so I ask myself, what do we write about when we write about loss? When loss comes in a new kind of weight that presses the human heart into submission…and then presses some more? It’s smokey here in New Mexico today. Some strange ochre filter scatters the sunlight into something eerie and unrecognizable, casting noon shadows and curtaining the rugged horizon. The landmark that, since March, has provided the only sense of constancy in what increasingly resembles a world run amok.

Sixty-eight percent of animal life has been extirpated since 1970. We live now in a perpetual state of absentia, existing in relation to what is no longer here. The artist, philosopher and materialist poet Dario Robleto speaks about the moral obligation of memory. How as creatures so corporeally, spiritually, and emotionally tied to our ability to remember, we must responsibly wield this power for good.

A Mexican Gray wolf howls in the dusk and the dark from Gilita Creek. The full harvest moon sways between tendrils of clouds above the Mogollon Mountains. She is a testament to our remembering. Teetering on the brink of extinction, we refused to forget the long history of coexistence between wolves and humans. It is our moral imperative to remember the colors of the yellow-billed cuckoo, the surreptitious movements of the jaguar, the lonely howl of the lobo. It is the debt we must pay as members of the species complicit in their slow dying. It is the least we can do. And it is not enough.

I find myself these days mostly engaged in what feels more like exuberant celebrations of life rather than solemn elegies of death. Much of this resilience and conscious turning towards joy is inspired by places like the Gila National Forest in southwest New Mexico. This irrepressible landscape is not only the focus of my work as a large landscape conservationist, it is also the source of my optimism. And if I had my druthers, it would be a model for a new type of public lands management, one that prioritizes connectivity, habitat corridors, climate resilience, and healthy streams and rivers. One that incorporates and elevates Traditional Ecological Knowledge and the wisdom of the Indigenous ones who know this land, have cared for it and loved it before the word “wilderness” even existed.

The entire ten million acres of the Greater Gila Bioregion would be held up as a vision realized, as a signature achievement of the kind of protections mandated by the Convention on Biological Diversity. I am past the point of feeling paralyzed by the staggering predictions of loss and destruction. I invite all of us to exercise the force of our human memory, to lodge ourselves firmly in the desert sunflower-filled meadows of Collins Park in the heart of the Gila, where a wildness resides while bull elk bugle and bald eagles fly overhead. We know now, it is a scientific fact, that large protected, connected landscapes are one of the key solutions to species extinction. Let’s mobilize the power of this conscious remembering in service of those landscapes we love, the bird songs they foster, the quiet ways they make our lives more livable, more full of wonder and color and love.