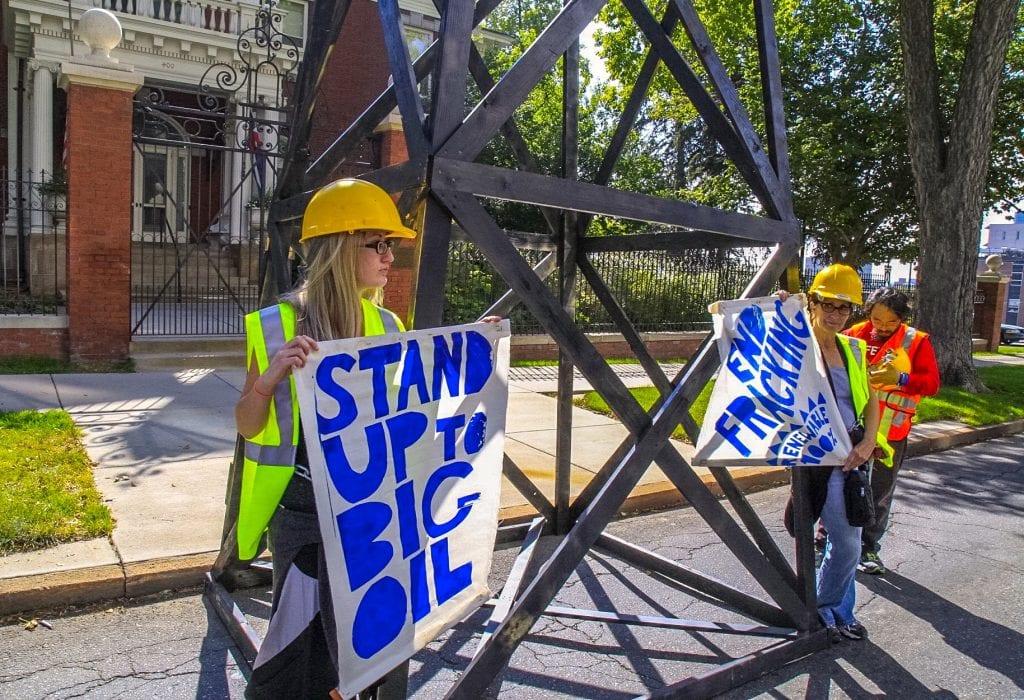 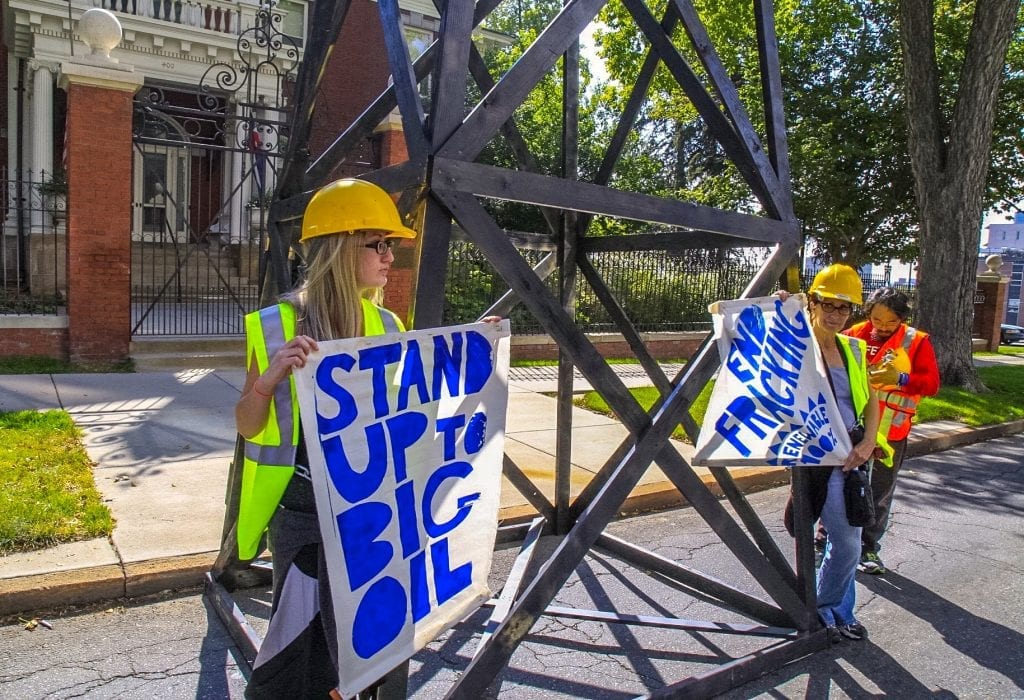 WildEarth Guardians has embarked upon a new campaign leveraging the federal Clean Air Act to protect the Denver Metro Area and Colorado’s Front Range from unchecked and out of control fracking.

For too long, state and federal regulators have allowed the oil and gas industry to run roughshod over people and communities from Denver to Fort Collins and everywhere in between. The result? A dangerous smog problem, toxic emissions, oil and gas wells next to homes and playgrounds, and fracking that is going virtually unmonitored.

The Governor of Colorado and the State Legislature thankfully are moving to confront some of these issues, but a full solution to the oil and gas problem plaguing the Front Range requires more aggressive advocacy and legal action. 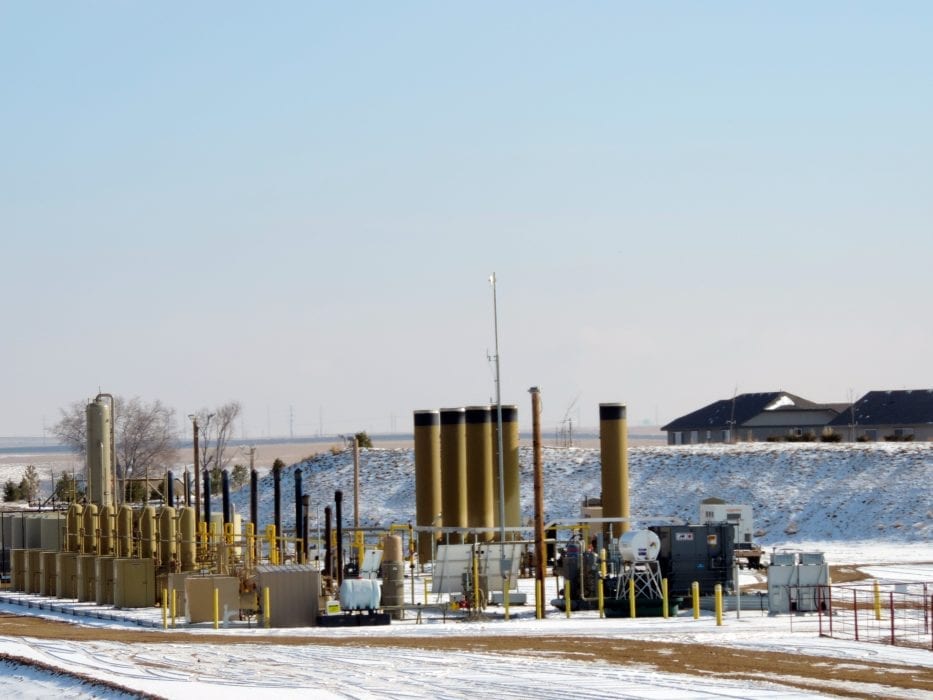 Oil and gas well site less than 100 feet from homes in Windsor, Colorado.

Similar to the way state and federal regulators undertake enforcement initiatives (like the U.S. Environmental Protection Agency’s coal-fired power plant enforcement initiative), WildEarth Guardians is making it a priority to confront the impacts of fracking to clean air along the Front Range.

It surprises people to know that in this region, there are extensive deposits of publicly owned oil and gas managed by the U.S. Bureau of Land Management. The agency regularly sells the rights for company’s to develop these deposits and rubberstamps drilling and fracking permits.

We’ve been pushing back against these fracking approvals, challenging the failure of the Bureau of Land Management to meet federal Clean Air Act requirements limiting federal approvals that would worsen air quality.

Our aim is to leverage federal environmental laws to put the brakes on federal fracking.

The Denver Metro area has long suffered from high levels of ground-level ozone, the key ingredient of smog. The region has been declared a “nonattainment area,” which means the region is violating health limits on ground-level ozone.

It surprises people to know that oil and gas operations are a key source of smog-forming emissions in the region.

Sadly, in spite of the region’s troubles with smog, state air regulators with the Colorado Air Pollution Control Division have refused to fully confront the problem and ozone levels remain dangerously high.

In part, it’s because of the Air Pollution Control Division’s reluctance to clamp down on the oil and gas industry. Instead of curtailing pollution, in 2017 the state initiated a seemingly endless “stakeholder” process and doesn’t even intend to propose any further emission cuts until 2020.

Fortunately, under the Clean Air Act, the state can’t avoid its duty to clean up the Front Range’s smog. By law, the U.S. Environmental Protection Agency is required to impose sanctions on Colorado if it fails to meet clean up deadlines.

Sanctions include ratcheting down pollution limits and emplacing more stringent permitting requirements on the oil and gas industry.

We know the Environmental Protection Agency isn’t the best agency to rely on these days, so in January, we put the agency on notice of our intent to sue them under the Clean Air Act for not sanctioning Colorado’s failure to clean up its smog.

This month, we plan to launch that lawsuit and ensure Colorado air regulators are held accountable to its failure to clean up smog along the Front Range.

A cornerstone of our initiative is directly holding oil and gas companies accountable to the Clean Air Act.  Last week, we took the first step of putting this accountability into action.

After an extensive investigation, we found the oil and gas industry is chronically failing to obtain legally required air pollution permits before fracking its wells along the Front Range.

At issue is that companies are drilling and putting wells into production before meeting rigorous permitting requirements for new sources of air pollution.

In nonattainment areas, like the Denver Metro area, sources have to achieve extremely stringent emission limits, as well as offset emissions.

This means that as companies develop new fracking sites, they should be reducing overall emissions. They’re not, and that’s illegal. 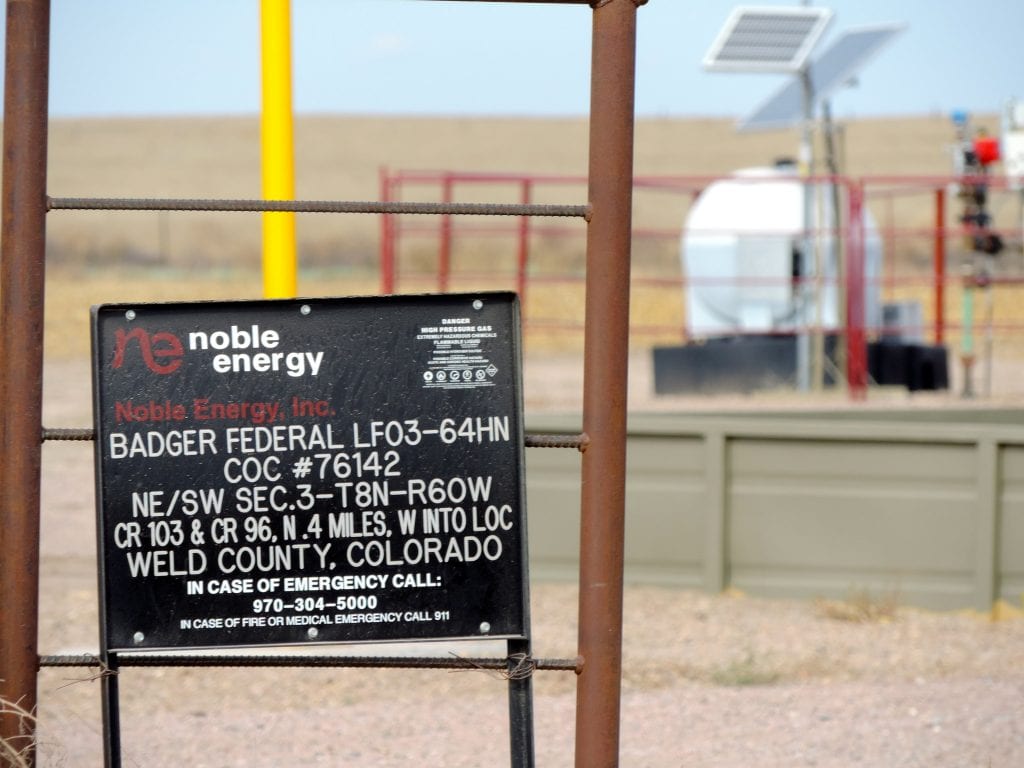 What we’ve found is that companies are developing new fracking sites that have the potential to release thousands of tons of toxic ozone-forming air pollution, yet are not obtaining permits for months, if not years, afterward.

What’s more, they’re not offsetting emissions. Where we should be seeing net decreases in smog-forming pollution, we’re seeing increases.

To say this is illegal would be an understatement. The oil and gas industry is knowingly violating our clean air laws so that it can frack and put wells in to production as quickly as possible. However, the industry’s bottomline doesn’t trump our clean air.

Last week we put seven of the worst offenders on notice that we intend to sue them in federal court and hold them accountable to the Clean Air Act. The companies include Bonanza Creek Energy, Crestone Peak, Extraction Oil and Gas, Great Western, Mallard Exploration, Noble Energy, and PDC Energy.

The facilities are all located in Weld County, Colorado, but impact clean air throughout the Front Range region. In total, the companies collectively face more than $1.3 billion in potential penalties.

And this is just the tip of the iceberg. We’re currently developing Clean Air Act enforcement lawsuits targeting other companies and dozens of other facilities.

Our aim is to ensure the oil and gas industry pays for its crimes. More importantly, our aim is to ensure companies aren’t allowed to frack unless they’ve complied with the most stringent Clean Air Act permitting requirements and actually reduced their toxic air pollution.

Finally, we’re pushing back against the State of Colorado over their illegal permitting of fracking facilities under the Clean Air Act.

Unfortunately, the Colorado Air Pollution Control Division has been a willing accomplice in the oil and gas industry’s scheme to avoid stringent permitting. Rather than hold companies accountable to the law, the Division is actively issuing permits that let companies skirt strict permitting requirements and increase their emissions.

The thing is, under the Clean air Act, the Air Pollution Control Division legally can’t do this.

We’re fighting back on this front, challenging illegal permit approvals to ensure industry is complying with the most stringent clean air safeguards.

In the past week, we’ve commented on numerous permits for fracking facilities, including permits for Extraction Oil and Gas facilities and a permit for a PDC Energy facility.

At the end of February, we also brought this issue to the attention of the Colorado Air Quality Control Commission. You can listen to our testimony below.

We’re gearing up to push back on more permits. And if the Colorado Air Pollution Control Division continues to issue illegal permits under the Clean Air Act, we will take them to court. 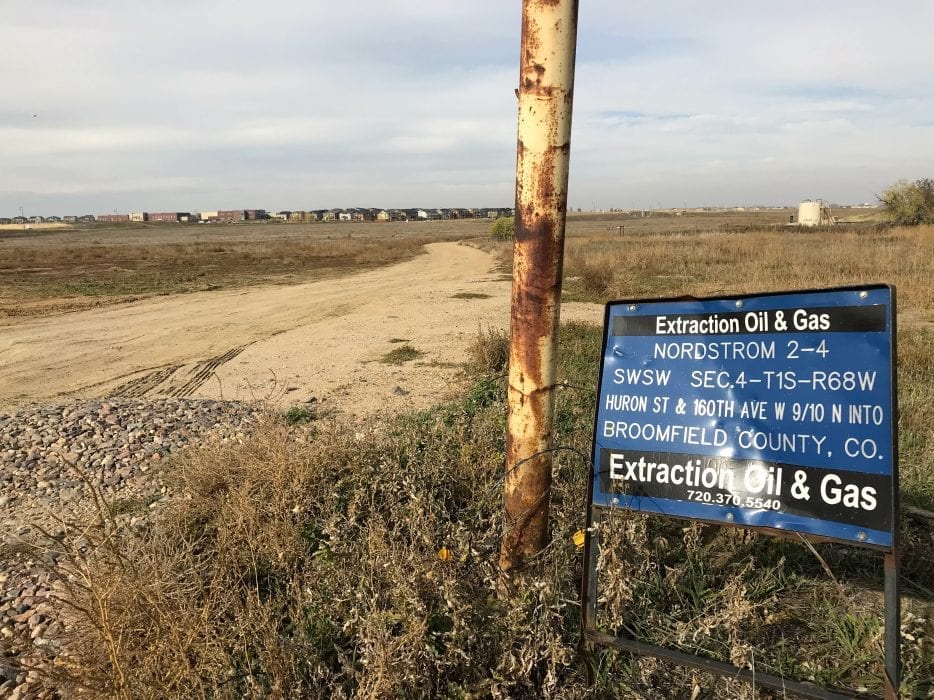 We can’t afford to lose our clean air to fracking. In Colorado, we hope to turn the tide for our health and start to hold the oil and gas industry accountable to the law.

With our latest Colorado Front Range Oil and Gas Clean Air Enforcement Initiative, we hope to systematically push back against oil and gas companies and make the case for keeping fossil fuels in the ground.

For the Denver Metro area, that means cleaner air and healthier communities.

And for our planet, that means a shot at a safe climate.