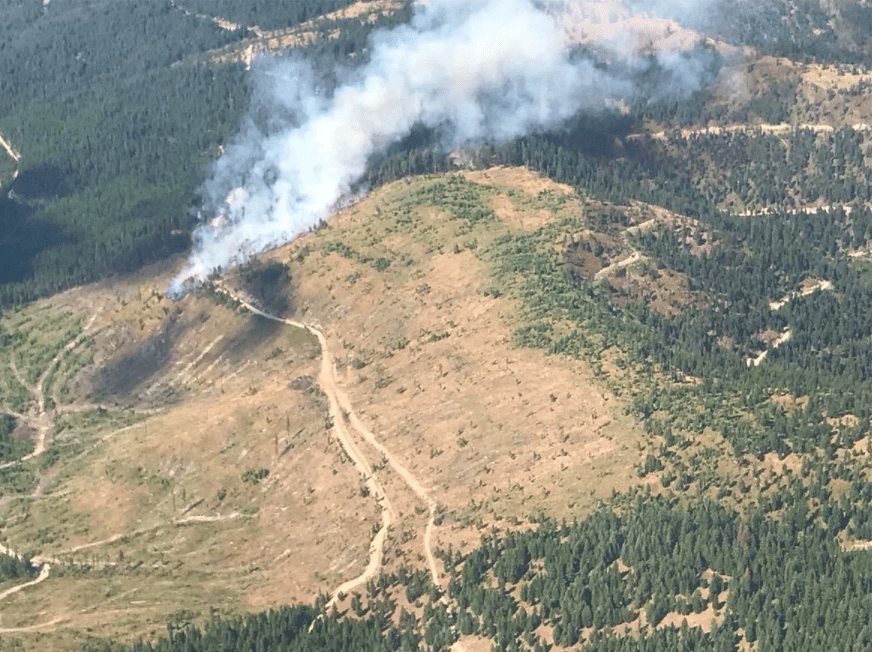 
Human-caused wildfire along a logging road on the Kootenai National Forest, Montana in August 2020. Photo by U.S. Forest Service

Earlier this year we released a report titled “The Environmental Consequences of Forest Roads and Achieving a Sustainable Road System,” which updated a previous literature review on this topic by adding fifty-nine new citations along with several new sections. Notably, our report demonstrates the significant harmful effects forest roads pose to fish, wildlife and the overall ecological integrity of national forests. One section regarding the intersection between roads and wildfires is particularly relevant right now for obvious reasons.

While the wildfire debate rages on during another active fire season, our report demonstrates the urgent need for the Forest Service to acknowledge the fact that forest roads actually increase wildfire risk, affect fire behavior and result in sediment choked streams when they burn, among other serious ecological impacts. Records from over 20 years found 84% of wildfires were human-caused.

Now, as part of a series of factsheets based on our literature review, we are providing this new, convenient Wildfire and Forest Roads Fact Sheet with wildfire statistics and key findings. You can also check our first fact sheet on climate change and national forest infrastructure.

The best way to manage wildfires is by allowing them to play their natural ecological role wherever possible, reintroducing fire into fire-adapted forests and ecosystems through strategically-located prescribed burns, and focusing on community protection by creating defensible space within the Home Ignition Zone, (the home and its immediate surroundings, extending up to 100 – 200 feet around structures). The Forest Service also needs to focus on true restoration by removing unneeded roads to reduce human-caused wildfires and to create larger tracts of intact forests that tend to burn in patches of varying severities. Such steps are necessary given widespread acknowledgment that the drought, heat, and wind caused by climate change are the primary drivers of western wildfires, and no amount of logging, with its associated road building, is going to “fire-proof” the forests.