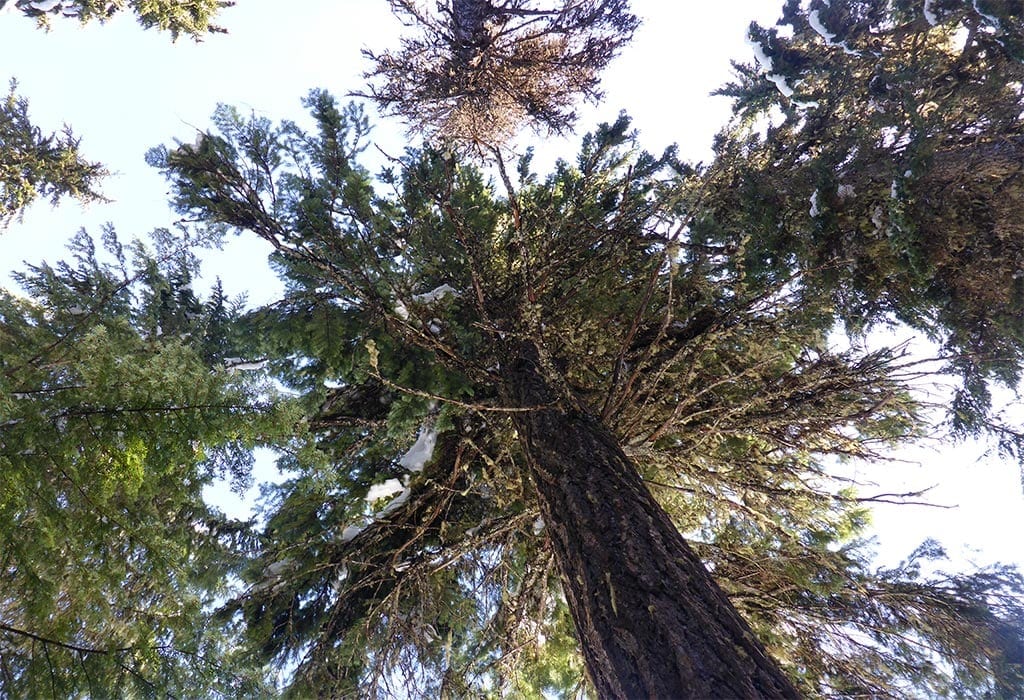 Agency is using categorical exclusions as a blank check to authorize enormous logging projects in sensitive and pristine areas, including roadless areas

The other day when my son and I were at Fort Missoula looking at the line of mountains in the distance, he innocently asked why one didn’t have any trees on it. He was pointing to where old forest roads cut stark lines across much of the mountainside denuded by heavy-handed logging. I struggled to respond. How do you tell an 8-year old about massive clearcuts, government mismanagement, and the general profiteering off of public lands? The logging scars serve as a stark reminder that we need strong legal protections to ensure forests are able to provide quality habitat for fish and wildlife and clean drinking water for nearby communities.

Yet under the Trump administration, the Forest Service has been exploiting legal loopholes to sidestep one of the country’s most important laws, the National Environmental Policy Act (NEPA). Signed into law on January 1, 1970 by President Nixon, NEPA requires government agencies to involve the public in meaningful ways, consider better alternatives, and disclose the environmental consequences of specific projects. Of course not everything needs such a robust process: painting picnic benches and mowing lawns all historically fit within a broad array of actions called categorical exclusions (CEs) that are exempt from most of NEPA’s requirements in order to expedite minor projects.

However, starting in the early 2000s, President Bush’s so-called “Healthy Forest Restoration Initiative” began creating new categories of categorical exclusions to push through more industrial logging and road building with less environmental analysis and citizen participation. Since then, lawmakers have granted the Forest Service over thirty different categories of CEs that allow harmful projects like logging and road building to circumvent NEPA’s safeguards across tens of millions of acres. Right now, Senator Steve Daines is pushing legislation that would establish two brand new CE categories, one allowing over 15 square miles of logging.

At WildEarth Guardians we knew the use of categorical exclusions was getting out of hand, but we didn’t know the full extent. Upon closer examination, we found that from January through March of 2020, the Forest Service proposed to categorically exclude 51 projects across more than 3.7 million acres of public lands. That’s an area larger than the state of Connecticut. We detail our findings in a recently released report that shows the Forest Service overwhelmingly uses one particular categorical exclusion that lacks any size limits under the guise of improving wildlife habitat or “timber stands.” The agency used this particular CE to propose large-scale commercial logging without adequately analyzing the impacts to the very wildlife habitat the agency is supposed to be protecting. Such actions completely undermine NEPA’s “look before you leap” approach that was enacted in response to decades of agency mismanagement and degradation of forests, watersheds, and wildlife habitat.

It appears the Forest Service is now using categorical exclusions as a blank check to authorize enormous logging projects in sensitive and pristine areas, including Roadless Areas, without involving the public or disclosing the potential consequences to species and their habitats. While our report is only a three-month snapshot, it points to a concerning trend within the Forest Service. In fact, Secretary of Agriculture Sonny Perdue has called on the Forest Service to treat National Forests as tree farms, and that is exactly what the agency is doing with little regard to their importance for fish and wildlife, water quality, or recreation.