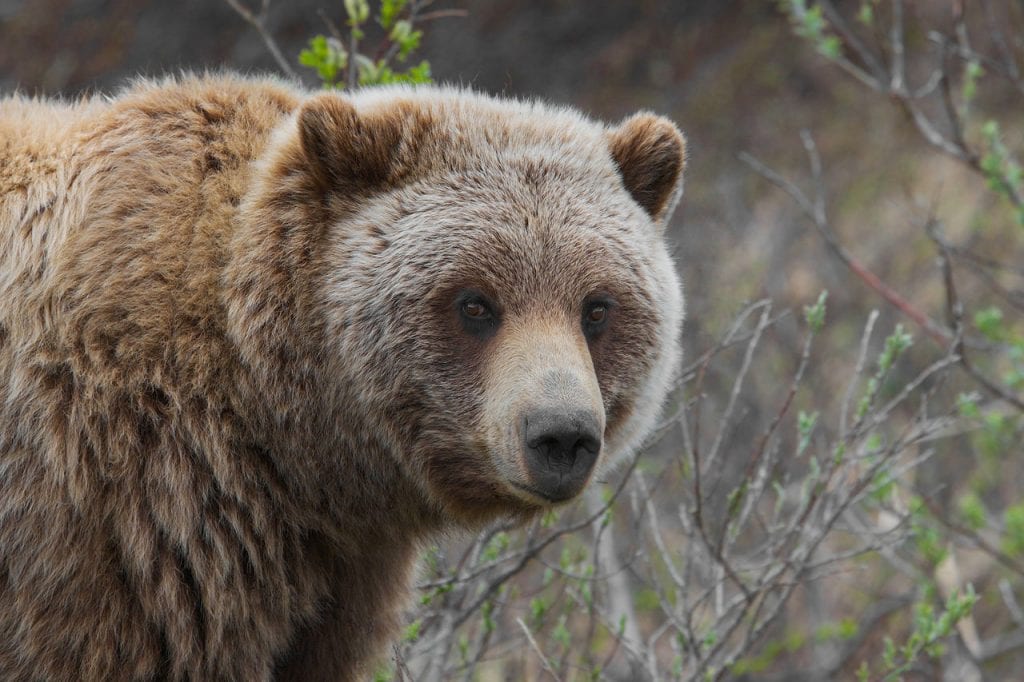 In 2019 alone, trains have killed at least eight grizzlies in Montana, including four grizzly cubs, making this the deadliest year on record for grizzly bear deaths by train

On October 19, 2019, WildEarth Guardians and Western Watersheds Project, represented by Western Environmental Law Center, notified Burlington Northern Railway Company of our intent to sue the business for its role in the deaths of numerous grizzly bears along its railways in Montana, which are protected under the Endangered Species Act (“ESA”).  This year alone, trains have killed at least eight grizzlies in Montana, including four grizzly cubs, two cubs within just the past two weeks, making 2019 the deadliest year on record for grizzly bear deaths by train.

Grizzly bears in the contiguous US have been listed as “threatened” under the ESA since 1975, making it illegal to “take” them pursuant to Section 9 of the ESA.  This provision – which applies to all species listed for protection under the ESA, or at least it applied before the Trump administration gutted the ESA in September 2019 – means that it is unlawful for any person, including government officials and business entities, to harass, harm, or kill any listed species.  Despite this provision, Burlington Northern’s railroad across the northern part of Montana has killed or contributed to the deaths of at least 52 grizzly bears from the Northern Continental Divide Ecosystem (one of six grizzly ecosystems in the contiguous US) from 1980 to 2018.

Under the ESA, when a company’s activities may result in the killing of threatened or endangered species, it must apply for an “incidental take permit,” with Fish and Wildlife Services.  This provision of the ESA requires that companies design, implement and secure funding for a habitat conservation plan, a plan that proposes solutions to mitigate the harm caused by its activities.  Burlington Northern could take a variety of mitigating steps to prevent the deaths of grizzlies on railroads, such as scheduling trains outside of dawn and dusk hours, when grizzlies are more likely to be searching for food, ensuring that attractants – like carcasses– are promptly removed from the vicinity of train tracks, and creating wildlife crossings for grizzlies.  For more than fifteen years, Burlington Northern has been aware of the problem and has failed to complete a habitat conservation plan or obtain an incidental take permit. And in the meantime, trains continue to kill protected grizzly bears, in the area surrounding Glacier National Park.

WildEarth Guardians and its partners are prepared to end this needless slaughter of grizzlies by ensuring that Burlington Northern complies with the ESA.  The company is now on notice of our intent to sue unless it takes action to protect grizzly bears within the next 60 days.