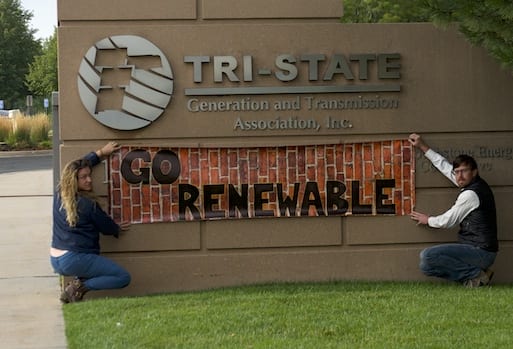 Western Utility Facing a Revolt Over Reliance on Costly Fossil Fuels, But Will it Embrace Path Forward?

The future of Tri-State Generation and Transmission is more uncertain than ever as the western utility faces revolts from its customers and the reality that its utility partners are actively moving away from costly fossil fuels.

In the past two weeks, Tri-State has probably faced more threats to its existence than ever before.

The utility, which provides wholesale power to 43 rural electric cooperatives in Colorado, Nebraska, New Mexico, and Wyoming, is heavily reliant on coal and natural gas-fired power generation, which is becoming more expensive to sustain.

In fact, the company generates more than 70% of its power from fossil fuels, the majority of which comes from coal.

Tri-State owns more than 1,800 megawatts of coal-fired generating capacity at power plants in Arizona, New Mexico, Colorado, and Wyoming. Not only that, the company fully owns coal mines in northwestern Colorado, as well as a stake in a massive mine in northeastern Wyoming. 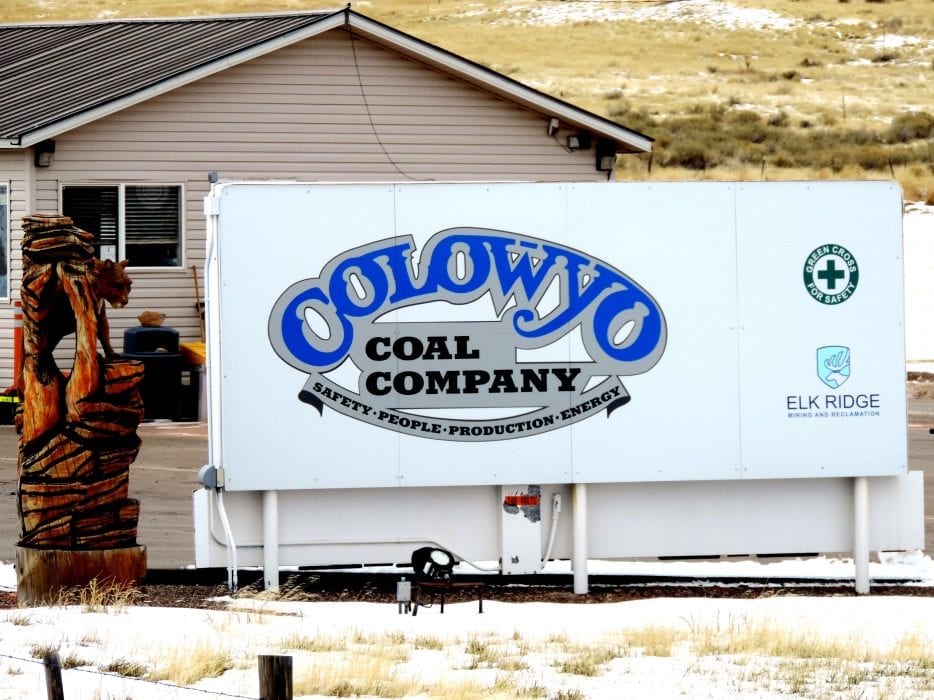 Tri-State Owns the Colowyo Coal Mine in northwestern Colorado.

That’s certainly a problem for our climate. Studies show that Tri-State is the most carbon-intensive utility in the U.S. because of its reliance on fossil fuels.

More importantly, that’s a huge problem for its customers, including rural communities throughout the American West.

Because Tri-State’s reliance on dirty fossil fuels, and in particular coal, is leading to higher rates for its rural electric co-op members.

What’s worse is the company has its members locked into long term contracts requiring that they buy at least 95% of their power from the wholesale provider.

As the cost of coal goes up, Tri-State’s members are on the hook for the increase, whether they like it or not. Not surprisingly, many members are not liking it.

And not only are members not liking it, but neither are Tri-State’s utility partners, including its coal-fired power plant co-owners.

These winds of change are casting more doubt than ever on the future economic viability of Tri-State and raising legitimate questions over the future of the utility.

In The Last Two Weeks, Everything Has Changed

While Tri-State has kept its house in order for many many years, in the past two weeks, events have occurred that indicate its house is collapsing.

At the end of November, United Power, which serves the north Denver Metro area, sent a letter to every other co-op served by Tri-State calling for changes to allow members to purchase and develop cleaner and more affordable renewable energy.

That was just the beginning.

Following the release of United’s letter, Tri-State’s utility partners last week made announcements signaling a massive and unprecedented move away from fossil fuels.

First off, Pacificorp, which operates the largest fleet of coal-fired power plants in the western U.S., released a report showing that 60% of its power plants were more expensive to operate than renewable energy options.

Although the company has made no decisions related to this report yet, the writing on the wall is pretty clear that these plants are up for retirement. 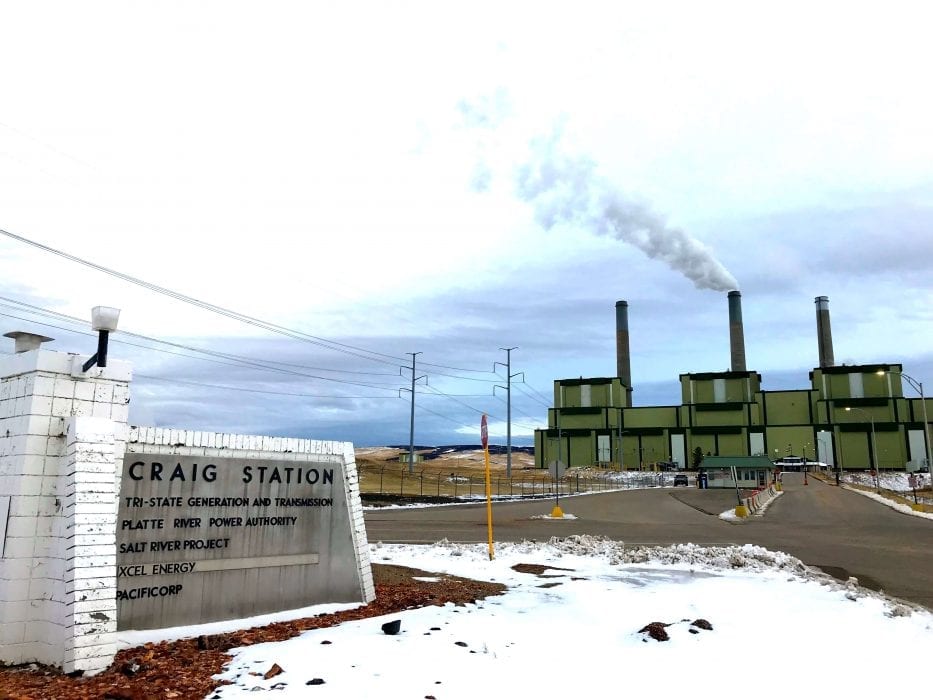 Next, Xcel Energy announced last week a new bold energy commitment of going 100% carbon-free by 2050 and reducing carbon emissions 80% by 2030.

This announcement was significant because if Xcel is seriously going to reduce carbon emissions 80% by 2030, it will have to retire all of its coal-fired generating capacity. That’s huge because Xcel also co-owns a portion of the Craig plant together with Tri-State.

Without a doubt, this announcement means the Platte River Power Authority will have to shutter all of its coal-fired power generation by 2030. That’s significant because the utility, like Pacificorp and Xcel, is also a co-owner of the Craig coal-fired power plant.

Taken together, it means Tri-State faces the near-term departure of most owners of the Craig coal-fired power plant, which means the utility faces the immediate prospect of either shouldering the added expenses of operating and maintaining the power plant or shutting it down completely.

To top  it off, last Thursday, the Delta Montrose Electric Association, filed a formal complaint with the Colorado Public Utilities Commission in an effort to  buy itself out of its contract with Tri-State.

Described as a “seismic shift,” more than any recent events, this probably represents the biggest sign of Tri-State’s impending failure.

What it Means for Tri-State

The Delta Montrose Electric Association, which serves the western Colorado communities of Paonia, Hotchkiss, Delta, Montrose, and others, isn’t the biggest Tri-State customer. However, the fact that they’re leaving is a sign of more widespread impending attrition among Tri-State’s membership.

If Delta Montrose can buy out their contract with Tri-State, then other members will surely follow. As Tri-State loses customers, its revenue will decline, although its costs, especially associated with coal mining and power generation will stay the same.

To recoup costs Tri-State will be forced to raise rates, which will fuel more attrition among its customers. As customers defect, revenue declines further and costs go up for remaining customers.

Which means ultimately, Tri-State loses customers and money and has no choice but to go bankrupt.

Given that its utility partners are also actively divesting in fossil fuels, it seems that Tri-State’s future grows more dismal by the day.

It doesn’t have to be this way, though. 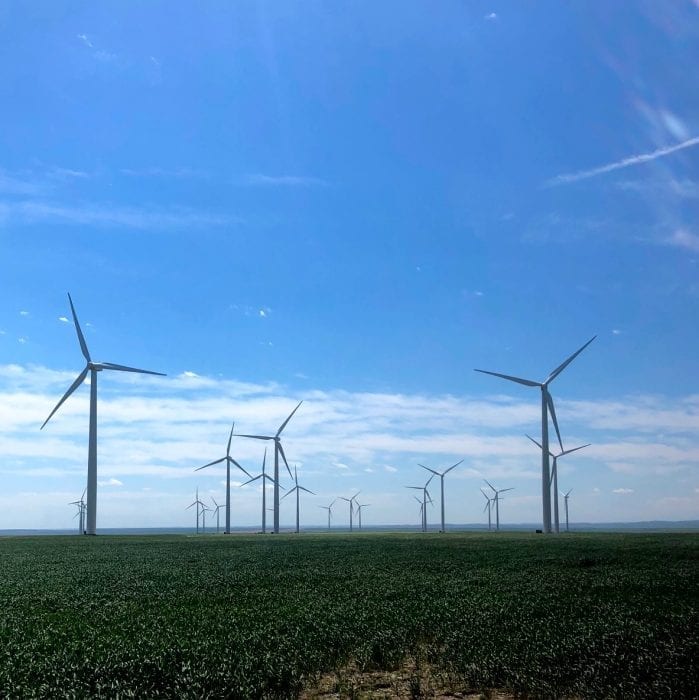 If Tri-State Generation and Transmission were to make serious and significant commitments to retiring fossil fuels and investing in more affordable and cleaner, renewable energy, the company may have a chance of avoiding demise.

Although shuttering coal and natural gas-fired power plants has a cost, the key is to cut the loss and pay off debts as soon as possible.

Because ultimately, investing heavily in renewables appears to be the new model for economic sustainability.

A utility competitor of Tri-State, Guzman Energy, is already showing that renewable energy can be provided at lower rates and with greater returns. The company just this week announced plans to develop 250 megawatts of new wind and solar in the American West, a major testament to the economic viability of fossil fuels.

And incidentally, Guzman is likely to be the power provider for the Delta Montrose Electric Association if they break free of Tri-State.

For Tri-State Generation and Transmission, the time to act is now. As other western utilities move away from fossil fuels, the company is increasingly going to shoulder the cost of maintaining coal and natural gas-fired electricity generation.

Tri-State has an opportunity to not just power, but empower the rural American West with 100% clean and affordable renewable energy.