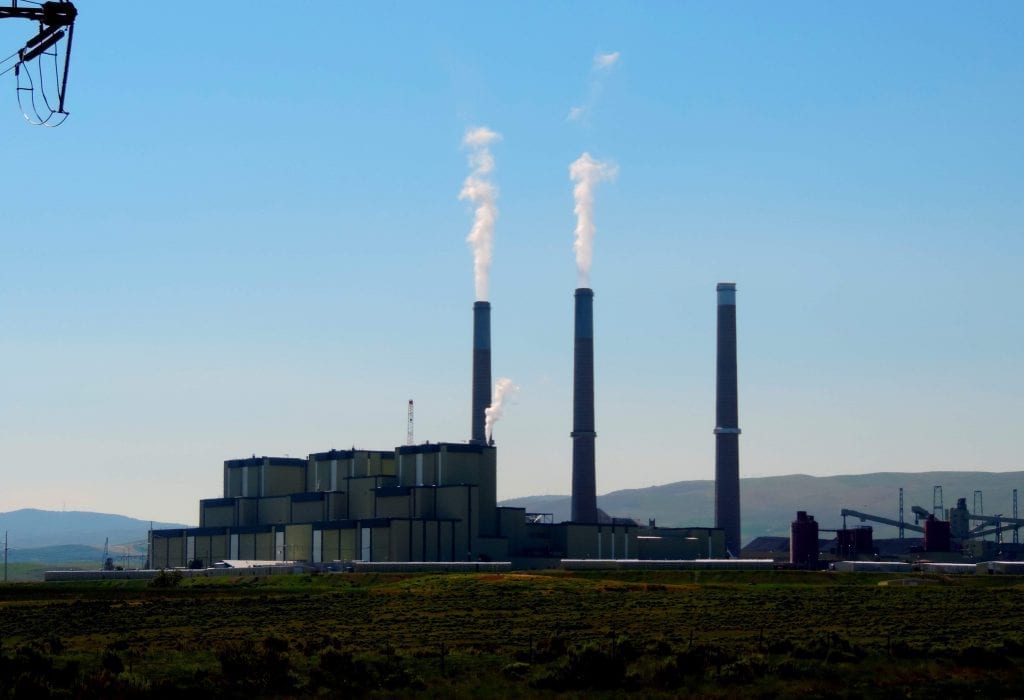 Another Day, Another Report Showing Tri-State’s Reliance on Coal is a Recipe for Disaster

Another report was released today underscoring how Tri-State Generation and Transmission Association’s reliance on coal is imposing enormous costs on its members and undermining climate and clean air in the American West.

The report, released by the Rocky Mountain Institute, highlighted how Tri-State’s existing coal-fired power plants not only cost more than developing new renewable energy, but how a shift to renewables away from coal would save millions for its members.

Put another way, the report found that if Tri-State Generation and Transmission stays hooked to coal, its member cooperatives stand to pay much higher electricity rates in the future to cover the costs.

Although the company has made some moves to integrate more renewable energy into its portfolio, it remains heavily dependent on fossil fuel-fired electricity, most of which comes from coal.

These coal-fired power plants are enormous sources of air and climate pollution. In fact, a report in 2017 found that Tri-State was the second most carbon-intensive utility in the United States.

What’s more the company doesn’t just provide electricity, it’s also in the coal mining business, which is increasingly risky and foisting even mosts costs on its members. Recent reports have highlighted how Tri-State is avoiding paying the true cost of its coal mine clean up obligations, which not only poses huge financial risks for its members, but also American taxpayers.

With recent reports finding that coal-fired power can no longer compete with the rapidly declining cost of renewables, Tri-State’s risky reliance on coal is drawing enormous scrutiny and concern, especially from its members.

Tri-State’s members are contractually locked into buying at least 95% of their electricity from the company, regardless of the cost. These contracts, which extend beyond the 2040s, force members to pay for coal, no matter no high the cost (see for yourself what a contract between Tri-State and its members looks like).

Members of Tri-State are finding that paying for the company’s reliance on coal is untenable. In 2016, former Tri-State member Kit Carson Electric Cooperative in New Mexico bought out its contract and became its own independent cooperative so it could develop locally generated renewable energy. Other members are eyeing similar paths.

In fact, the Delta Montrose Electric Association is moving to amend its bylaws in order to finance a buy out of its contract with Tri-State. In the words of the cooperative:

The latest report from the Rocky Mountain Institute confirms that members should be gravely concerned over Tri-State’s reliance on coal. Projections indicate that wholesale rates price could be as low as 7.7¢ per kilowatt-hour by 2030, if not lower, if the company makes a full shift away from coal.

To put that into perspective, Tri-State’s current average wholesale rate is 7.5¢ per kilowatt-hour. Given the rate of inflation, which is around 2% annually, a 0.2¢/ kilowatt-hour rate increase by 2030 is effectively a rate reduction.

Doing nothing, wholesale rates could climb to more than 12¢ per kilowatt-hour by 2030, if not much higher. 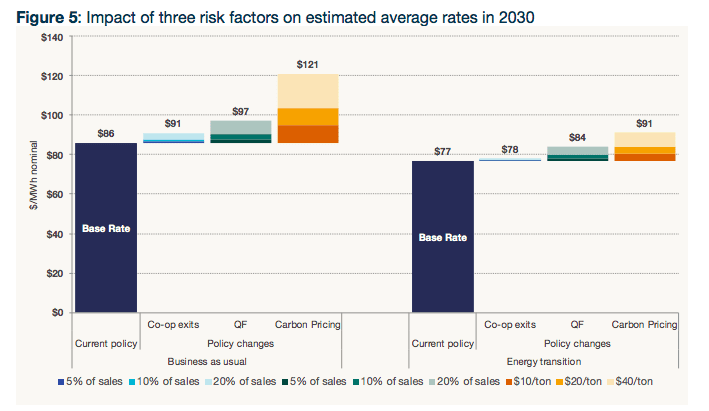 What members should be extremely concerned about, however, is Tri-State’s extremely tenuous credit rating.

Already, rating agencies like Moody’s have flagged the company’s reliance on costly and inefficient coal-fired power plants. And in a credit report from 2016, Standard and Poor’s flagged that the company’s credit rating could drop “due to member discord” and “higher than expected costs.”

Without a doubt, Tri-State’s reliance on coal not only presents higher than expected costs, it’s also fueling member discord. And if the company’s credit rating starts to take a hit because of this, their ability to control costs and maintain capital would be in serious doubt.
As the company stated in its most recent annual report to the U.S. Securities and Exchange Commission:

Our ability to access short-term and long-term capital and our cost of capital could be adversely affected by various factors, including credit ratings and current market conditions, and significant constraints on our access to capital could adversely affect our financial condition and future results of operations.

For its part, Tri-State has kind of acknowledged the need for more renewable energy. In a short response to the Rocky Mountain Institute report, the company touted some of the steps its taken to acquire more wind and solar energy.

However, so long as the company remains chained to coal, the Rocky Mountain Institute report is the latest to show that costs are only going to climb.

Without a plan to retire its coal fleet and invest in more affordable renewable energy, members of Tri-State should expect to pay more for electricity for the foreseeable future.

Stay tuned for more and in the meantime, check the great boil down of the Rocky Mountain Institute report from primary author, Mark Dyson. Click and see the entire thread:

Today, we at @RockyMtnInst released a report examining the opportunities available to co-op utilities in a transition to low-cost renewables now available in the Mountain West. We found $600M NPV savings and 30-60% risk reduction for our case study 1/https://t.co/zMduHTTgNb