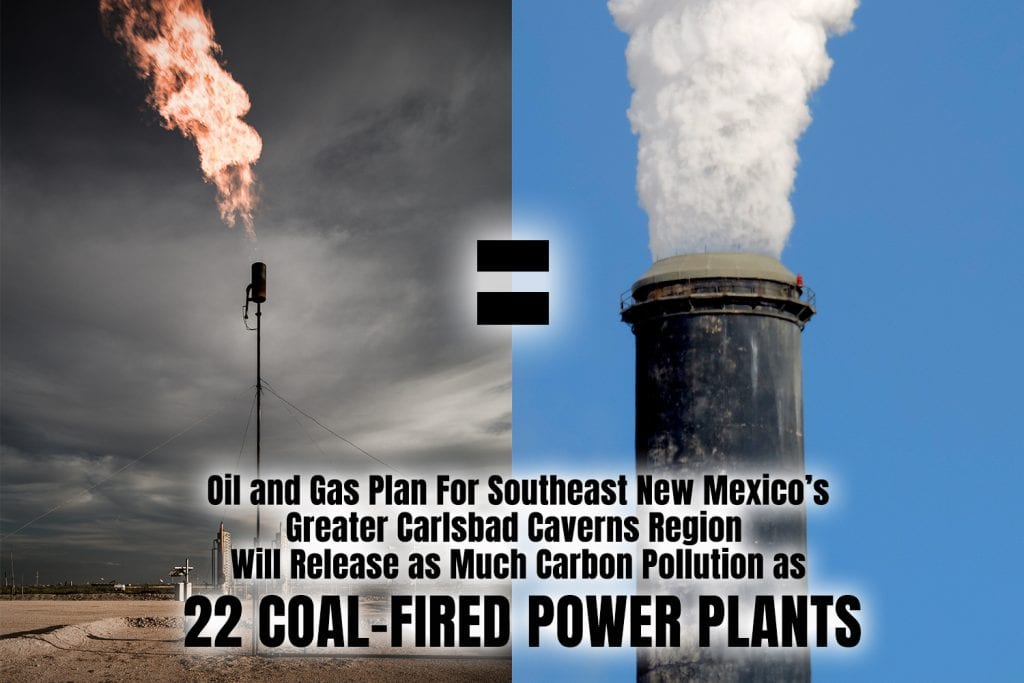 In case you missed it, WildEarth Guardians is taking aim at the Trump Administration’s proposed plan for managing public lands and minerals in southeast New Mexico’s Greater Carlsbad Caverns region.

The proposed plan would sacrifice virtually ever acre of public lands in the area to fracking. It would be a disaster for clean air and water, for wild lands, wildlife, and for the region’s fragile and irreplaceable karst geology, which gave rise to Carlsbad Caverns and other cave systems in the area.

Critically, the plan would be a climate nightmare. The U.S. Bureau of Land Management itself admits in its environmental review that greenhouse gas emissions from future oil and gas production and consumption would total 90 million metric tons annually.

This would equal the amount of carbon pollution released every year by 22 coal-fired power plants.

That is an astonishingly high amount of carbon pollution and underscores what’s at stake with this proposed plan.

And it strongly underscores the need for us all to fight back to keep fossil fuels in the ground in this region.

With the latest report from the Intergovernmental Panel on Climate Change sounding the climate alarms like never before, it’s clear that we have to do everything possible to turn the tide in this region.

There would be widespread outrage if the Trump Administration proposed to construct 22 coal-fired power plants in southeast New Mexico.

It’s time to bring forward the same amount of outrage over the potential for decades of fracking on public lands in the region.

If you haven’t yet take action today and send a letter to the U.S. Bureau of Land Management. Help us build a record of opposition that will help us push back through our legal advocacy and grassroots organizing. Your voice will help make a difference!