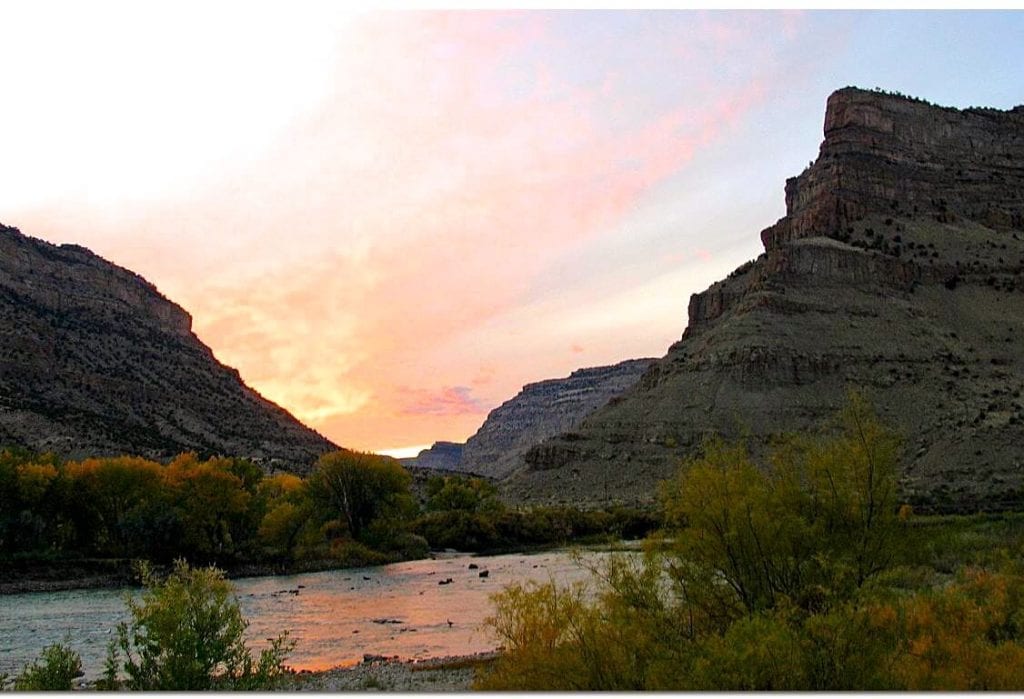 By the end of 2018, an unprecedented amount of western public lands will have been put on the auction block for fracking by the President Trump and his Interior Secretary, Ryan Zinke, threatening places like Carlsbad Caverns National Park, Dinosaur National Monument, the Upper Missouri River Breaks National Monument, and many others.

This trend, sadly, seems to be continuing into 2019. However, with WildEarth Guardians and others stepping up and pushing back, it’s a trend we can stop.

The announcements were a disturbing sign that this Administration’s assault on our public lands is not waning in the slightest.

And they’re a disturbing sign that Trump and Zinke have no qualms with sacrificing iconic and irreplaceable landscapes to make the fracking industry rich. After all, according to Zinke, the federal government should be working for the oil and gas industry.

We put together an online interactive map showing the lands the Administration wants to auction away next March, you can check it out here. Zoom in and you can see what’s at stake.

In Colorado, the Administration is actually proposing to sell off lands adjacent to and part of the James M. Robb Colorado River State Park, a popular recreation area along the Colorado River located 10 miles east of Grand Junction.

Worse, some of the lands actually include the Colorado River itself, which is the lifeblood of the American Southwest and sustains more than 36 million people.

Click here or on the image below to to see for yourself what’s on the line. 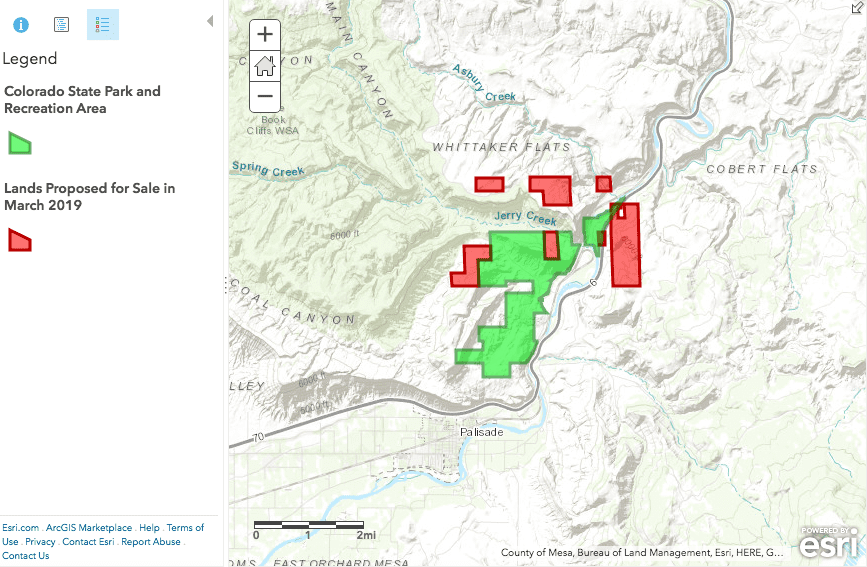 Lands the Bureau of Land Management is proposing to sell next to Colorado State Parks lands along the Colorado River.

That’s not all. The Bureau of Land Management is also moving to auction away lands next to the Arapaho National Wildlife Refuge in Colorado’s North Park and lands abutting the San Isabel National Forest outside of Cañon City, Colorado.

In New Mexico, the Administration is continuing its attack on the Greater Chaco region, which is home to Navajo communities and is culturally significant for all of New Mexico’s Pueblos, the Hopi Tribe, and other indigenous peoples in the region.

Nearly 11,500 acres of this sacred region are up for sale, including lands within 10 miles of Chaco Culture National Historical Park, the home of Chaco Canyon and heart of the Greater Chaco region. 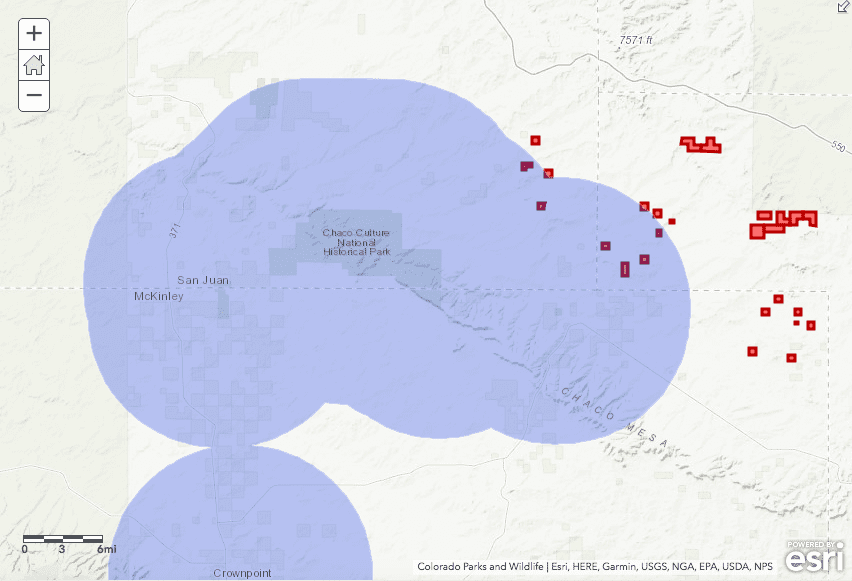 To be clear, all of the Greater Chaco Region is culturally significant and deserves protection–not just lands within 10 miles of Chaco Culture National Historical Park.

However, the fact that lands so close to Chaco Canyon will be on the auction block is a stark reminder of the disregard and contempt Trump and Zinke hold toward indigenous peoples.

It’s telling the Bureau of Land Management’s plans come even as the Navajo Nation and All Pueblo Council of Governors called for a moratorium on new fracking in Greater Chaco and even as resistance continues to mount. 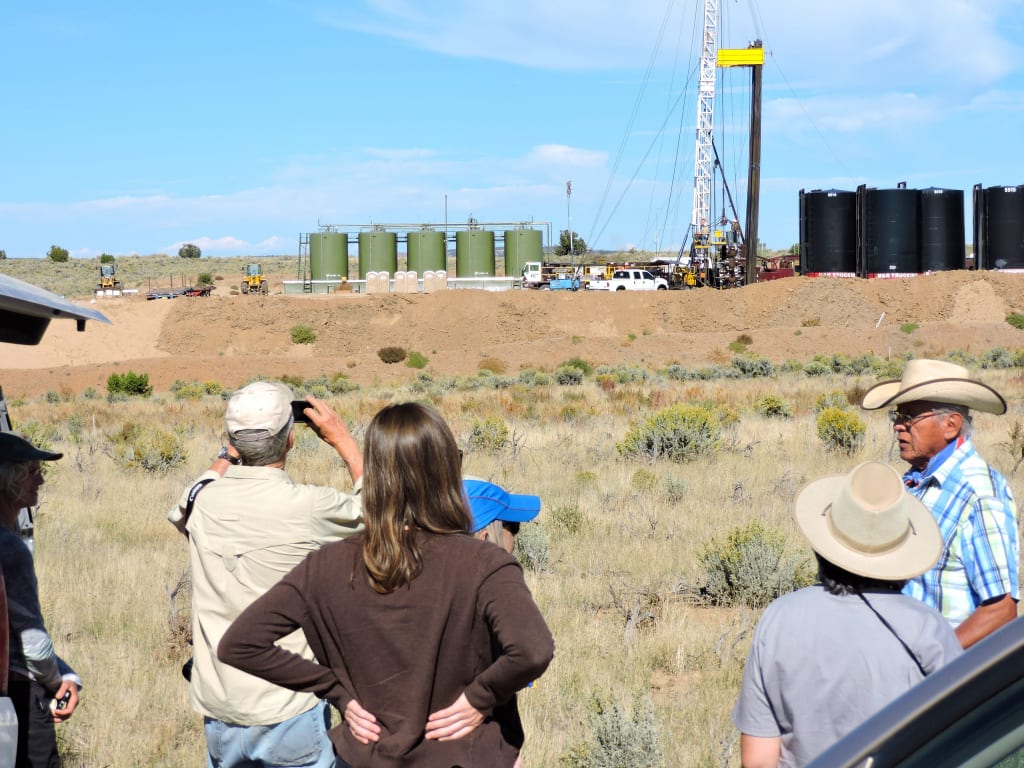 As part of the Frack Off Greater Chaco Coalition, we’ve been pushing back against the Trump Administration and building a movement for healthy communities, clean energy, and economic transition.

Rest assured, we are winning. This past March, the Trump Administration canceled plans to sell public lands for fracking in the Greater Chaco region.

And in late June, we scored a major court victory sparing 20,000 acres of the Greater Chaco region, including parts of the Santa Fe National Forest, from fracking.

Our partners, too, are scoring victories. The Center for Biological Diversity and Western Watersheds Project recently secured a court ruling that blocked new Bureau of Land Management guidance restricting public involvement and environmental oversight of selling public lands for fracking.

Trump, Zinke, and the Bureau of Land Management are relentlessly attempting to auction away Colorado, New Mexico, and other western lands. Given the parks, forests, monuments, refuges, sacred landscapes, and communities who are on the line, our resistance has to be fiercer than ever.

We can and we will turn the tide. Our future simply can’t afford to be sold off to the oil and gas industry.