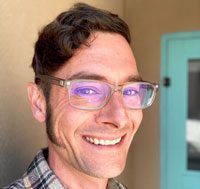 Born and raised on a small barrier island in the Lowcountry of South Carolina, Daniel Timmons grew up surrounded by water – swimming, boating, fishing, and crabbing. That all changed in college when Daniel spent a semester in the Sonoran Desert and fell in love with the American West. After more than 15 years spent between Arizona, Oregon, and now New Mexico, he remains enchanted by the West – its mountains and canyons, rivers and mesas – and is committed to ensuring a sustainable future for the region and all who call it home. Trained in both law and science, Daniel has brought his broad set of skills to bear in addressing some of the country’s most challenging environmental and water conflicts, from Arizona’s hotly-contested Verde River Basin to Oregon’s Klamath River Basin. After several years as a climate litigator with WildEarth Guardians, Daniel is now the organization’s Wild Rivers Program Director and Rio Grande Waterkeeper, where he advocates for a wild, living Rio Grande.