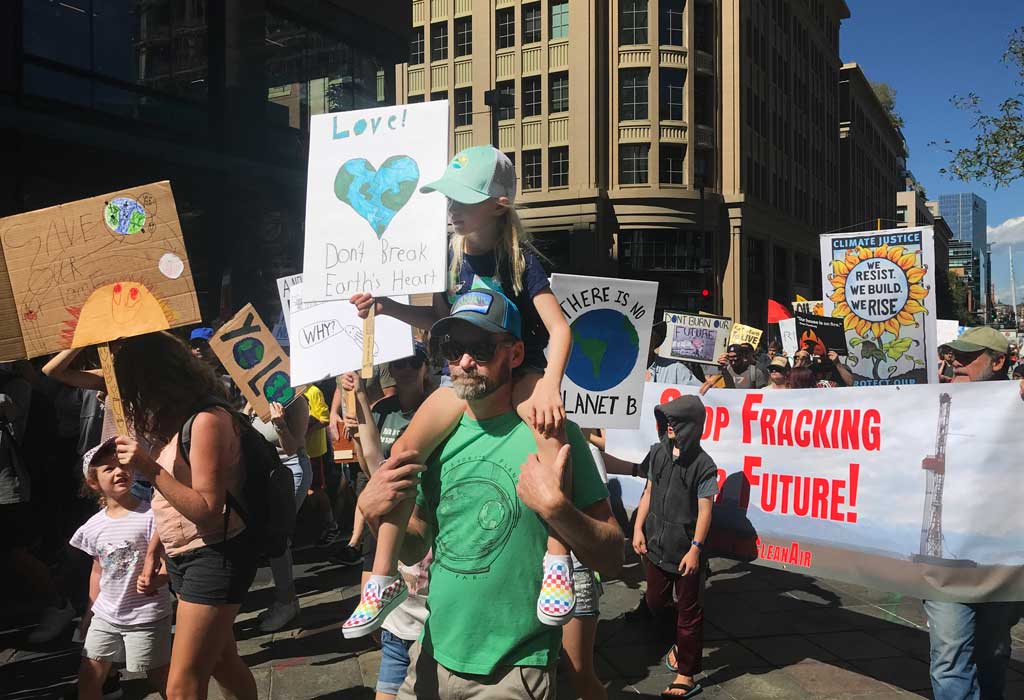 This speech was originally delivered at Guardians’ Gala in Santa Fe on September 20, 2019

I stand before you tonight with a confession.

I am a former corporate environmental lawyer.

For four years, I helped take fresh water out of flowing rivers, away from endangered fish and native communities to serve the profit motives of my corporate clients. I helped them evade responsibility for decades of toxic pollution. I even secured permits for new fossil fuel power plants and a massive gas pipeline. I put my clients’ profits above people and the planet.

It’s true. I worked for the enemy.

Now, some of you may be wondering, how could anyone do such a thing?

To be clear, I never set out to work against the environment. I went to Lewis & Clark in Portland to study environmental law because I wanted to help protect and restore the natural world.

But when I got out of law school, I’d recently married, and we were scarred by the recession. Jobs were still hard to get, and I found myself $150,000 in debt.

I was scared. And so, out of fear, I took the money. I told myself that it was temporary, “just a couple years to pay off some debt, gain some experience, and see how industry works from the inside.”

But I underestimated my own capacity for rationalization, and let’s be honest, change is hard. It can be scary. Fear and inertia are powerful forces, and I let myself become paralyzed by them. I chose to do nothing.

I continued on auto-pilot, cashing paychecks as an environmental lawyer working against the environment.

And one year became two years. And two years became three. Three became four. And four years could easily have become a lifetime.

But then something unlikely happened. Out of the blue, I found myself working on the right side of things, fighting against a huge oil-by-rail port terminal on the banks of the Columbia River. In a coalition with cities and towns, native tribes, and environmental groups, I got to work alongside lawyers who had made their choice – to act on their beliefs. For these folks, fear didn’t govern. They did this hard, inspiring work every day – with passion and joy. And all the rationalizations in the world couldn’t keep me from seeing the truth about what I was doing with my life.

I couldn’t help but ask myself the questions I had buried for those four years. What did I expect my legacy to be? Did I want it measured in pipeline miles? Would I continue on the path laid out for me, or would I finally live up to the values that I claimed to believe in?

The fundamental question: did I have the will to act?

I’m proud to say that I did. After four years, I got out.

And even more so, I am proud to say tonight that I am a Guardian.

Now at Guardians, I’m using my power and position as a lawyer to fight against Big Oil, Big Coal & other corporate polluters. Because Guardians choose to act – every day.

Just this year, our legal team has secured major victories in the courts – challenged oil and gas leases on our federal public lands; overturned fracking permits in the sacred Greater Chaco landscape; and once again secured the protections of the Endangered Species Act for the mighty Grizzly Bear.

And we’re in the courts right now actively working to prevent coal mining, logging, and road-building in National Forests throughout the West; fighting to restore a living Rio Grande. We’re even taking on the oil and gas industry at its heart, in the Permian Basin, or Greater Carlsbad region of Southeast New Mexico, where we’re challenging the sell-off of our public lands for fracking.

Despite all of this work, and all of our success, the fight continues. We’re certainly not done.

Because I can assure you that our adversaries aren’t done either. The forces driving the destruction of our planet are like a freight train, fully loaded and barreling ahead. Momentum dictates that this train will continue until an equally powerful and opposite force acts to stop it. Until we – all of us together – act to stop them.

We’re up against corrupt forces willing to eviscerate environmental protections and sell out the future of humanity to pad the pockets of corporate America. An insane “energy dominance” agenda incompatible with addressing the existential threat of climate change.

But the other side underestimates what we bring to this fight. Our dedication. Our tenacity. Our friends.

Because we’re not alone in this fight. You’re here with us. And we’re also building alliances with indigenous communities ravaged by fracking. We’re training youth to restore degraded rivers and be stewards of the land. And we’re seeing a new generation rise up to claim their future.

Change may be hard, but it’s coming, one way or the other. The question is whether we sit back and watch as our world burns, or will we help change what is coming? Will we throw up our hands, or will we take action? Will we turn a blind eye to the crisis of extinction or will we work to restore ecosystems and protect the most vulnerable amongst us – from the Mexican wolf and the Joshua tree to the human refugees caged at our borders.

At Guardians, we’ve made our choice.

And I ask that each of you also make that choice – to live your values. And to be a Guardian. Because the only way we’ll stop this freight train, and protect our living world, is together.

I’d like to thank you all for joining with us in this fight – for the West, for the Wild, and for our future together. Thank you for being a Guardian. 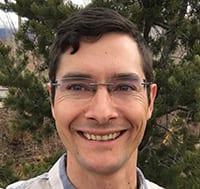