Wildlife   Gray wolf
#DefendCarnivores, #EndTheWarOnWildlife, #PressStatement, #StopExtinction
HELENA, MONTANA—A motion was filed today asking a Montana state court to prohibit the start of the state’s wolf-trapping season as well as to immediately halt the on-going wolf-hunting season while the merits of a pending lawsuit are being considered. Conservation groups WildEarth Guardians and Project Coyote, a project of Earth Island Institute, filed the time-sensitive motion with the wolf trapping and snaring season set to begin on November 28, 2022. The hunting season began in September.

Today’s motion comes two weeks after the conservation groups filed the initial lawsuit against the State of Montana, Montana Department of Fish, Wildlife and Parks (MFWP) and the Montana Fish and Wildlife Commission (the “Commission”) alleging that the state’s current wolf hunting and trapping regulations violate numerous laws and the Montana constitution.

The motion asks the court to issue a temporary restraining order, followed by a preliminary injunction, to stop all recreational killing of wolves in the state pending resolution of the lawsuit. In the 2021-2022 season, 273 wolves were killed by hunters and trappers—including 19 Yellowstone wolves—with nearly 70 percent of the wolves killed after the trapping season began on November 29, 2021. So far, hunters have killed 55 wolves this season, while regulations permit hunters and trappers to kill an additional 395 wolves before the season ends in March 2023. The motion alleges that the conservation groups’ interests will be harmed beyond repair if the court allows the hunting and trapping season to proceed while they fully litigate their case.

Notably, the motion—and the underlying lawsuit—claim that there are significant flaws in the population model used to estimate the total number of wolves in the state. Since the 456 quota for the 2022-2023 season relies upon a flawed population model, reaching the quota could have devastating consequences on the state’s wolf population. Per allegations in the motion, “Montana does not have an accurate picture of how many wolves are living in Montana and cannot sustainably and legally manage the species through another wolf hunt this winter.”

“Montana’s wolf hunting and trapping season must be stopped before our state’s wolf population faces potential decimation and the point of no return,” said Lizzy Pennock, Montana-based carnivore coexistence advocate at WildEarth Guardians. “As long as the wolf killing season continues, each wolf that suffers and dies under the alleged unconstitutional and illegal policies is a wolf that should never have been killed in the first place.”

This motion is part of the groups’ lawsuit filed on October 27, which claims that the State of  Montana, MFWP, and the Commission are violating the law by relying on stale and insufficient scientific data in order to authorize the killing of roughly 40 percent of the state’s wolf population this coming winter. The suit also alleges that the state is flouting its responsibility to manage wildlife for the benefit of the entire public and is overstepping its management authority by allowing wolf slaughter on the boundaries of federal lands, namely Yellowstone and Glacier National Parks. For more information about the specific claims in the complaint and the legal background that led to this lawsuit, click here.

“At the time of this writing, the lives of 55 wolves have already been claimed in Montana since the September start of the hunting season,” said Michelle Lute, PhD in wolf conservation and carnivore conservation director for Project Coyote, an organization that works to protect native carnivores. “Multiple studies document that illegal poaching increases during legal recreation hunts so we know that untold numbers of additional wolves, as well as non-target animals, have been indiscriminately killed and are not reflected in the official death toll. We need to put a halt to this season’s wolf hunting and trapping seasons at least until the court can determine whether the state of Montana is in violation of its policies.”

During the approval process for the challenged hunting and trapping regulations, first adopted in 2021, MFWP noted that the new killing method most anticipated to increase the number of dead wolves is snares, because snares are cheap, easy to place in abundance, and easy to maintain in bad weather. Additionally, trapping and snaring are inherently non-selective for the target species. Research shows that neck snares are anywhere from 21-50 percent selective, and foot snares are approximately 32-45 percent effective at capturing the intended animal. Non-target animals that die in traps and snares set for wolves include, among others, companion animals, deer, bighorn sheep, and imperiled species such as grizzly bears and Canada lynx.

PLEASE NOTE: There are two ways you can support this new Montana wolf lawsuit. Click here to learn more. 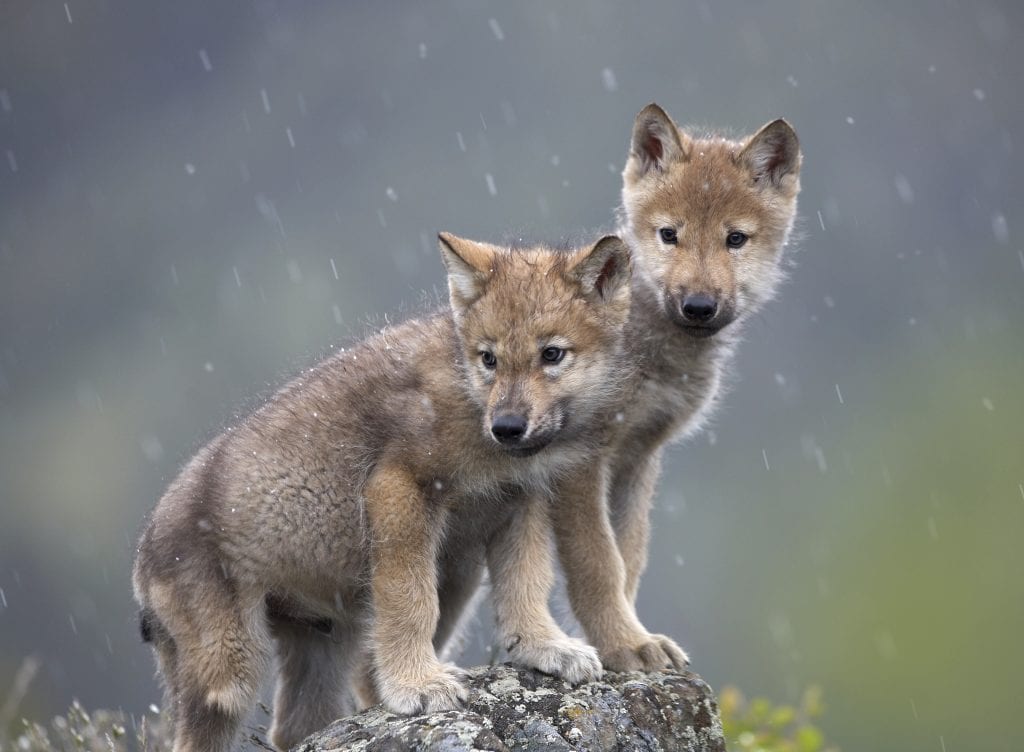