The timber sale would allow 21 huge clearcuts, including one nearly a half square mile

Public Lands   Canada lynx, Grizzly bear
#EndangeredSpeciesAct, #Rewilding, #StopExtinction
YAAK, Montana—Conservation groups have filed a legal protest challenging a massive logging project that would clearcut thousands of acres, including old-growth trees, and threaten an imperiled population of grizzly bears and protected lynx habitat on the Montana-Canada border under the guise of restoration.

The protest from the Center for Biological Diversity and WildEarth Guardians said the U.S. Forest Service’s Black Ram project on the Kootenai National Forest would violate the National Environmental Policy Act and the Endangered Species Act.

“This is a huge, devastating timber sale masquerading as forest restoration,” said Randi Spivak, the Center for Biological Diversity’s public lands director. “It’s the last gasp of Trump’s horrifying mismanagement of our national forests and protected wildlife habitat. What little old-growth forests remain after decades of clearcutting must be protected. We’ll fight to stop this destruction, and we hope the Biden administration will reverse it.”

The project would allow 21 huge clearcuts, including one nearly a half square mile. It would allow timber companies to log, burn, and bulldoze a road through more than 900 acres of rare old-growth forests, which have endured for centuries. Old-growth forests are champions of carbon storage, which mitigates the harms from climate change.

Clearcutting and logging truck traffic will destroy habitat for a largely isolated, fragile sub-population of grizzly bears that live in the Yaak Mountains. The Forest Service concluded that the project will “likely adversely affect” threatened grizzly bears, which are struggling to survive in the area. The project will also destroy critical habitat for the imperiled Canada lynx, which are also protected under the Endangered Species Act.

“The agency’s conclusion that Canada lynx is not likely to be adversely affected by a decade’s worth of logging, road construction, vehicle use and human intrusion on backcountry forest roads is beyond the pale,” said Marla Fox, a WildEarth Guardians staff attorney. “By glossing over important details about how the project will impact this elusive forest cat and its critical habitat, the Forest Service leaves the public largely in the dark.” 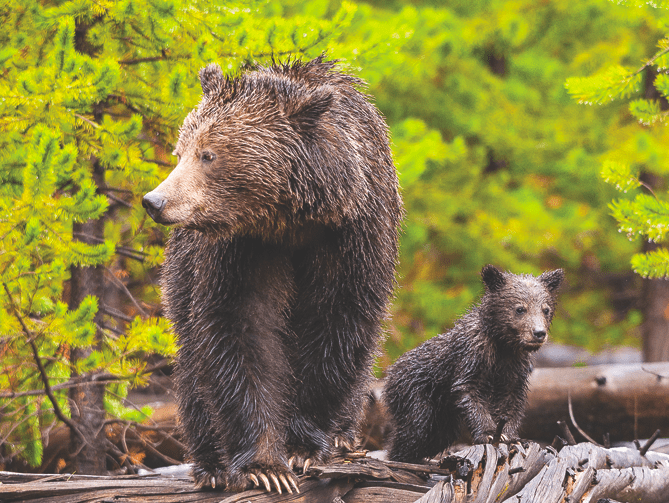