“With more than half of all oil and gas production on federal land in New Mexico, President Biden’s protection order offers some welcome respite,” said Food & Water Watch senior organizer Margaret Wadsworth. “But federal action alone isn’t enough. Not only is unchecked fracking in New Mexico disproportionately contributing to catastrophic climate change, it is the most vulnerable New Mexican communities who are experiencing the worst impacts. It is past time for New Mexico to reverse course and abandon blind allegiance to oil and gas. The whole world is watching.”

Studies have shown people who live close to a gas well are more likely to be at risk for cancer. Fracking releases chemicals like benzene and formaldehyde into the air, creating breathing complications. Water contaminated by leaking pipes is more likely to contain methane, a combustible and toxic liquid. But when oil and gas companies locate sites for fracking projects, they rarely choose affluent communities with the resources to fight them.

“This is the perfect time to pause new fracking permits and support Senate Bill 149 so New Mexico can complete the health studies and reports needed and assess the impacts on water, workers, families and communities. The oil and gas industry has stockpiled permits over the last four years that will allow fracking for a decade,” said Elaine Cimino of Common Ground Rising. “Loss of revenues and jobs come from a stagnant market and the effects of an unpredictable boom and bust economy. This legislature knows this dependence on oil and gas needs to stop. SB149 gives New Mexico time to gather data and formulate a plan toward restoration and transition.“

The grassroots, citizen-led effort to support this bill, the Pause on Fracking coalition, represents dozens of New Mexico Indigenous, public health, environment, and justice organizations. Dr. Sandra Steingraber, who worked with the Concerned Health Professionals of New York in the recent publication of The Compendium of Scientific, Medical, and Media Findings Demonstrating Risks and Harms of Fracking will be the bill’s expert witness.

“President Biden has responded to a resounding call for climate action by asserting a reasonable pause on fracking until the total cost to communities is assessed, and New Mexico must follow suit to protect public health, clean water, and our environment by passing Senate Bill 149,” said Rebecca Sobel, senior climate and energy campaigner for WildEarth Guardians. “Now that everyone from the President to General Motors is working for a world beyond fossil fuels, New Mexico’s leaders would be smart to play catchup by pausing fracking for protections and moving toward meaningful climate action and community safeguards. It’s not only smart for the budget to think beyond fracking, it’s also necessary for communities.” 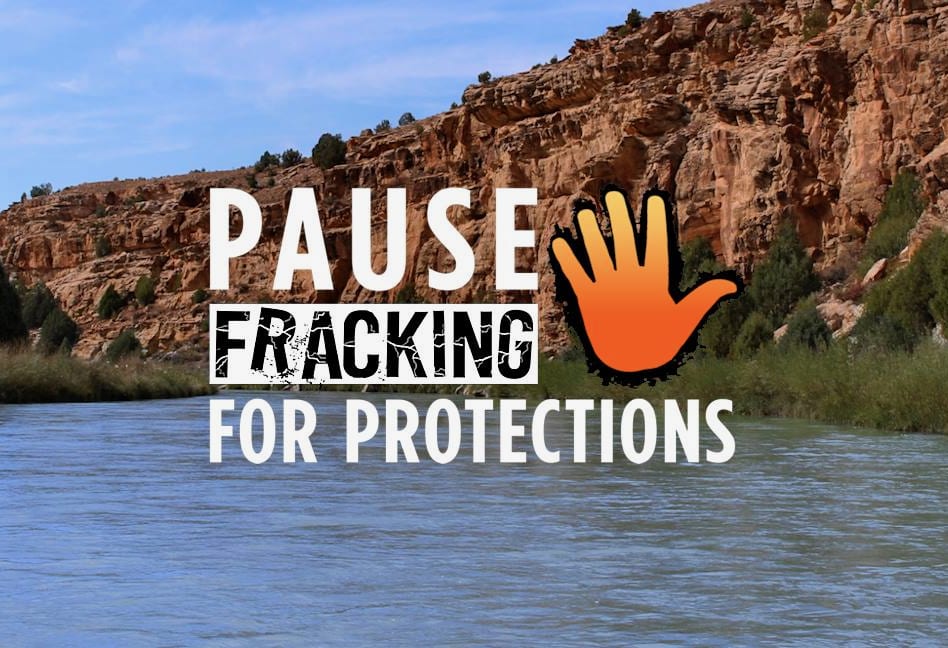