Fragmented, small populations need more habitat connectivity and a tear down of the border wall for survival

Wildlife   Ocelot
#EndangeredSpeciesAct, #PressStatement, #ProtectWhatYouLove, #StopExtinction, #WildlandsForWildlife
WASHINGTON, D.C.—WildEarth Guardians has just petitioned for the listing of the Texas population of ocelot—the only existing population in the United States—under the Endangered Species Act, separate from the species as a whole. In recent years, the small population of ocelots found in Texas, estimated to be around 80 wild cats, has been separated from the larger populations in Mexico due to extensive development along stretches of the lower Rio Grande, including Trump’s border wall.

Ocelots across their range are listed as “endangered,” but the Texas population is unique, distinct, and requires specific protections—known as “distinct population segment” or DPS listing—as a separate entity in order to thwart off extinction.

“America is at risk of losing the U.S. population of this beautiful wild cat thanks to the border wall,” said Lindsay Larris, wildlife program director for WildEarth Guardians. “Separating the Texas population from other populations of ocelots in Mexico has put them in grave danger of disappearing. We need swift action from the Biden administration to not only permanently halt construction of the wall, but to tear down the existing border wall to ensure that species like the ocelot have the opportunity to recover and thrive.”

Ocelots in Texas face internal struggles for survival due to their limited numbers and habitat needs.  Ocelots are found in only two places within the state: a private ranch, and the Laguna Atascosa National Wildlife Refuge. Thornscrub habitat, which ocelots depend on, is under siege throughout the state, with 95% of thornscrub in the Lower Rio Grande Valley lost to agriculture and urban development. What little habitat remains is fragmented by roads and road mortality is one of the most serious threats to ocelots. Listing this population separately would require the U.S. Fish and Wildlife Service to consult on actions that would impact the population, determine critical habitat needs, and write a Texas-specific recovery plan, among other things.

“Over the past four years, the Trump administration waived dozens of laws to expedite building the border wall. That reckless disregard for environmental laws, wildlife habitat, and border community well-being must be reversed by the Biden administration,” explained Larris.

The fragmentation of populations of Texas ocelots is concerning as it means a lack of genetic diversity within the US population, which is necessary for the full recovery of a species. Similar low genetic diversity issues have been seen in isolated and fragmented populations of mountain lions in Southern California as well as Florida panthers in the mid 1990s. All of these species suffered from isolation due to human development and shrinking habitat. The restoration of habitat connectivity is crucial to the long-term survival of all of these species.

“While the ocelot’s protection under the ESA since 1982 has been instrumental in preventing the species extinction, a ‘distinct population segment’ listing is now critical to ensure that there is proper habitat connectivity for these isolated populations within the state and across the border to Mexico,” said Larris.

“With this listing, the government can provide necessary support to private land owners and prioritize habitat connectivity to ensure that the U.S. population of ocelots are not another mythical creature that children read about in the history books one day. The ESA requires true recovery, not a population limping along until its eventual demise. We hope that the new administration agrees and supports this petition,” said Larris.

The Endangered Species Act is America’s most effective law for protecting wildlife in danger of extinction. It serves as an essential safety net when state management has failed to protect imperiled plants, fish, and wildlife. Since the law’s enactment, 99% of listed species have avoided extinction, and hundreds more have been set on a path to recovery. The law is especially important as a defense against the current extinction crisis; species are disappearing at a rate much higher than the natural rate of extinction due to human activities, resulting in what some scientists term a “biological annihilation.” Global animal abundance has declined by 58% since 1970. According to a recent United Nations report, over a million species are currently at risk of extinction. Researchers estimate that, if not for ESA protections, 291 species would have gone extinct since the law’s passage in 1973. 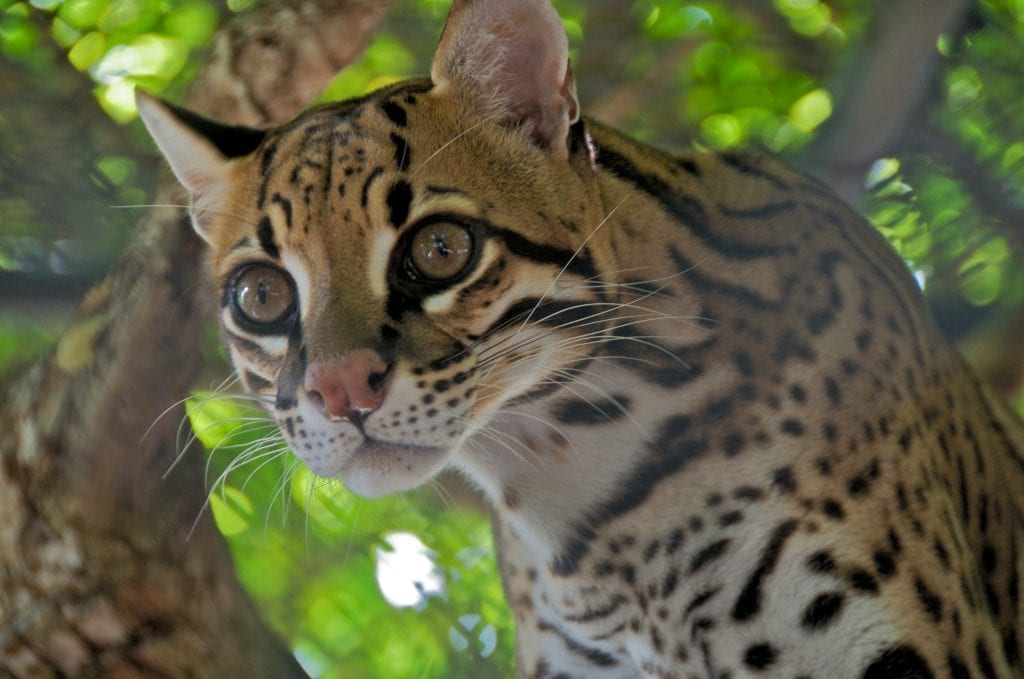 In recent years, the small population of ocelots found in Texas, estimated to be around 80 wild cats, has been separated from the larger populations in Mexico due to extensive development along stretches of the lower Rio Grande, including Trump’s border wall. Photo by Dan Bodenstein.