While the Biden administration talks a good talk on climate action, the reality is they’re in bed with the oil and gas industry

Greater Chaco Coalition sends follow up letter to Interior calling for a pause on fracking, meaningful consultation, and better process

Affected areas are home to nearly 50 million people, including Coloradans along the Front Range

Rebecca Vitale Mandich of Palo Alto, CA and Tesuque, NM, was called early to the environmental movement to give voice to the voiceless. An advocate since the 70s, she received her degree in Environmental Studies taught by some of the big thinkers of the time such as Paul Ehrlich, Stewart Brand, Dr. Richard Leakey, Alan Chadwick, and Dr. Donald Aitken, who founded the program at SJSUC as one of first in the nation. Utilizing that education, coupled with commitment and inspiration, Rebecca started taking actions from working in one of the first solar energy homes to working on ballot measures for better public transportation systems in the Bay Area. She assisted in opening the first Spanish-speaking office for Clinton/Gore campaign in 1992 and registered many in the local Hispanic community, hosting then candidate VP Gore to discuss the environment and community issues. In the meantime, she married Mitch Mandich and has two grown children, Matthew and Madeleine, and various dogs and cats have graced their lives. Having traveled extensively, her favorite escape is camping in our national parks and on public monuments and lands, where she has experienced all manner of wildlife and wild places. She became acquainted with WildEarth Guardians about six years ago when she read an article in the San Francisco Chronicle about their lawsuit against U.S. Fish and Wildlife services regarding wolves. She sent them a letter and a fast friendship formed over their mutual love of all things wild. Rebecca sees much hope in the future of the environmental movement that began with “Save the Whales" to now promoting a food and energy paradigm for the sustainability of natural resources. A deep political will and an openness to examine new ideas dictate her thinking. She feels that embracing environmental changes through engagement, both politically and through grassroots efforts, are paramount for the evolution of a responsible species to continue the ride on, what she affectionately refers to as, Spaceship Earth.
×

Treasurer, Board of Directors

Peter Schoenburg is a partner in the Albuquerque law offices of Rothstein, Donatelli, Hughes, Dahlstrom, Schoenburg & Bienvenu, LLP. He has practiced criminal defense law in New Mexico since 1978. He received his undergraduate degree at Yale College and his law degree at Rutgers School of Law. A former Federal and State Public Defender, as well as an Assistant Attorney General, since 1993 Peter has worked in private practice defending complex criminal cases in both Federal and State courts. He also regularly represents Native Americans charged with illegal possession of feathers in connection with their religious practices. He has been continuously listed in The Best Lawyers in America - Criminal Defense since 1994. Peter’s love of the wilderness and commitment to its preservation began in his child-hood years in upstate New York. Beginning in law school he worked as an instructor at the Hurricane Island Outward Bound School in Maine and the, now defunct, Southwest Outward Bound School based in Santa Fe. He is an avid rafter, hiker, skier and cyclist.
×

Nat Cobb joined the Guardians Board in 2010. He grew exploring the outdoor environments in New Mexico, Colorado, and Pakistan. In the 1970’s he worked for five different Outward Bound schools in diverse environments, including three years directing programs in the Gila Wilderness. He also worked as a river guide on the Grand Canyon and in Dinosaur National Monument. A graduate of Fort Lewis College and Harvard Medical School, he recently retired from the Indian Health Service and the Centers for Disease Control, where his work included Family Practice, Emergency Medicine, Research and Epidemiology. He still loves to explore mountains, rivers and deserts by boat, ski, foot, and bicycle. He and his wife actively support and partner with several local farmers in farm-to-table, farm-to-beer mug, and farm-to-wineglass projects. At home on the bank of the Rio Grande in Los Ranchos, NM, he dabbles in native plant landscaping and tries to co-exist with the coyote, geese, beaver, and sandhill cranes who live in his back yard.
× 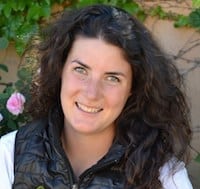 Madeleine Carey is the WildEarth Guardians’ Greater Gila Guardian. Born and raised in Albuquerque, Madeleine spent her childhood exploring the Rio Grande and its bosque on foot and on horseback. In May 2014, she graduated from Tufts University in Medford, MA with a degree in Biology and Urban Studies. While at Tufts, she was a four-year member of the Track and Cross Country teams and a trip leader for the Tufts Wilderness Orientation program. During college, Madeleine spent her summers working for the Bosque Ecosystem Monitoring Program, researching American Pika in the Valles Caldera National Preserve and working with NM State Forestry to create a post-wildfire assistance guide. An avid runner and pie baker, Madeleine is always looking for ways to combine adventures with brunch. 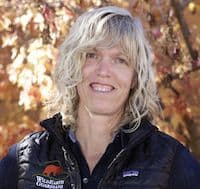 Marlies Wierenga is the Pacific Northwest Conservation Manager for WildEarth Guardians, serves under the Wild Places Program Director, and formerly served as WA/OR Coordinator for Wildlands CPR until their merger with WildEarth Guardians in 2013. Marlies has over a decade of experience using her technical, policy and public involvement skills to address watershed and water quality challenges throughout the Pacific Northwest. She has analyzed environmental conditions and developed numerous shoreline, watershed and water quality plans for local and state jurisdictions. Marlies has an undergraduate degree in Environmental Engineering from the University of Arizona and a Master’s in Environmental Studies from the Evergreen State College, where her thesis analyzed the dual mandate of National Parks in Alaska to meet conservation goals and support the subsistence practices of local people (focus was Wrangell-St. Elias National Park). 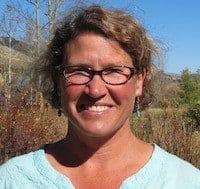 Sarah McMillan grew up reading Ed Abbey by kerosene lamp at night and exploring the woods, rivers, and mountains of Montana and western Washington by day. She received her B.A. from Williams College and her J.D. from the University of Montana. Sarah is an avid hiker, locavore wannabe (notable downfalls include olive oil, licorice, Marmite, and black tea), and life-long environmentalist. She has worked in private practice and with Western Environmental Law Center to protect the natural world. Her litigation background is broad—from the ESA, CWA, NEPA, NFMA, etc. to protecting Montanans right to a clean and healthful environment, to defending a citizen's initiative that effectively stopped game farm "hunting" in Montana.