SB 32 prohibits the use of traps, snares, and poisons on public lands (with several important exemptions). Having passed the New Mexico Senate by a vote of 23-16 last month, Senate Bill 32 now advances to the desk of Governor Michelle Lujan Grisham.

“I am proud that we have passed Senate Bill 32 to end an archaic, cruel, and unnecessary practice on public lands,” said Representative Matthew McQueen. “I am grateful for the support of my colleagues and my co-sponsors for shepherding Senate Bill 32 through to the Governor’s desk. This bill is supported by the majority of New Mexicans and will contribute to New Mexico’s bright outdoor recreation future.”

“Tonight’s final vote to ban leg-hold traps, snares, and poisons on New Mexico public lands is historic. Starting April 1, 2022, we will know there will be fewer wolves, dogs, coyotes, cats, elk, fox, birds, beavers, and other animals that will experience terror, pain, permanent injury, and even death,” said Senator Brenda McKenna. “We will not read about people retelling their excruciating experiences of trying to free their four-legged family members from the devices that are designed to incapacitate while they are on a hike at any of our public federal, state, or municipal lands. I thank the bill co-sponsors, wildlife scientists, and dedicated advocates who helped carry the baton to the finish line.”

WildEarth Guardians, Animal Protection Voters, and the members of the TrapFree New Mexico coalition commend the New Mexico Legislature for passing SB 32, a culmination of decades-long work to draw attention to and to restrict the ability for private individuals to take and sell unlimited numbers of New Mexican wildlife for their own personal, commercial gain and to do so through barbaric, outdated methods, causing suffering, and mortal danger to wildlife, companion animals, and the general public.

Traps, snares, and poisons are indiscriminate, able to injure or kill non-target animals unlucky enough to trigger the devices. Nearly 150,000 native creatures have been killed by private trappers since 2008 including the endangered Mexican gray wolf called Mia Tuk who was caught in a trap and bludgeoned to death by a trapper in 2015. At least two wolves have been injured in traps in New Mexico in the past 6 months.

The victims of trapping, snares, and poisons on public lands include more animals than the fur-bearing or destructive wildlife the devices are nominally set to ensnare. Roxy’s Law was named in honor of a beloved dog who, in 2018, was strangled to death by a trapper’s snare while hiking with her human. Since the 2020-2021 trapping season began, at least 9 dogs been caught in privately set traps and snares on public land. The most recent incidents occurred near Abeyta, Pecos, Rowe Mesa, Cloudcroft, and Dixon and don’t include the unknown numbers who are not reported or tragically never found.

“We are overwhelmed with gratitude for the legislators who supported this legislation and recognize the importance of safe and accessible public lands and the need to respect native wildlife on those lands,” said Chris Smith, southern Rockies wildlife advocate for WildEarth Guardians. “We look forward to Governor Lujan Grisham finalizing this bill’s journey and boosting New Mexico’s reputation with better wildlife policy.”

“The legislature’s thoughtful and humane vote will spare so many vulnerable animals,” said Michael Robinson of the Center for Biological Diversity in Silver City. “Bobcats, foxes, badgers and ringtails play vital ecological roles and don’t deserve horrific deaths just so their pelts can be sold internationally. And I’m particularly grateful that banning these traps means we won’t see any new three-legged Mexican wolves limping through the Gila National Forest.”

“New Mexico’s wildlife is held in the public trust, yet it is currently being stripped from public lands, for private profit. SB 32 is a common-sense solution that allows the public to hunt, fish, hike and work on publicly owned lands without the danger of steel traps, snares, and poisons,” said Greg Peters, Public Lands & Wildlife Advocate, Conservation Voters New Mexico. “This bill allows New Mexico to modernize the state’s trapping regulations and adopt a progressive level of coexistence with wildlife, leading to a safer, more equitable approach to management of our natural resources. We are thankful for the leadership of the bill’s sponsors and for the support from House and Senate members who voted to pass this long-needed legislation.”

“The passage of Roxy’s Law is a victory for the recovery efforts of endangered Mexican grey wolves, and a huge win for the gente of New Mexico and their safety while enjoying public lands,” said Eddie Estrada, New Mexico Field Representative, Endangered Species Coalition.

“New Mexico Wild supports the North American Model of Wildlife Conservation, which promotes the principles that wildlife is held in public trust, should not be commercialized, should be managed scientifically, and should not be used frivolously.  The use of traps on public lands is inconsistent with that model,” said Mark Allison, Executive Director of New Mexico Wild. “Traps have the potential to indiscriminately catch, maim, or kill domestic pets and wildlife that are not intended to be caught, including the Mexican gray wolf.  New Mexico needs to fully commit itself to implementing a science-driven, holistic, 21st century stewardship model for all wildlife and we are proud to support SB 32.”

“With this momentous legislation prohibiting traps, snares and poisons, the Land of Enchantment has joined a class of enlightenment along with more than 80 countries and a handful of other US states,” said Michelle Lute, PhD in wildlife science and National Carnivore Conservation Manager for Project Coyote. “Thanks to the support of many champions for this bill from across New Mexico, wildlife management in our state is now more enlightened, science-based and effective in protecting wildlife and healthy ecosystems.”

“We are so proud that the New Mexico legislature stood up for compassion, wildlife conservation, and public safety with the passage of Roxy’s law and we fervently hope the Governor will now sign the bill into law recognizing the wishes of the majority of New Mexicans and bringing our state into line with our neighboring Arizona and Colorado,” said Mary Katherine Ray, Wildlife Chair for the Rio Grande Chapter Sierra Club. 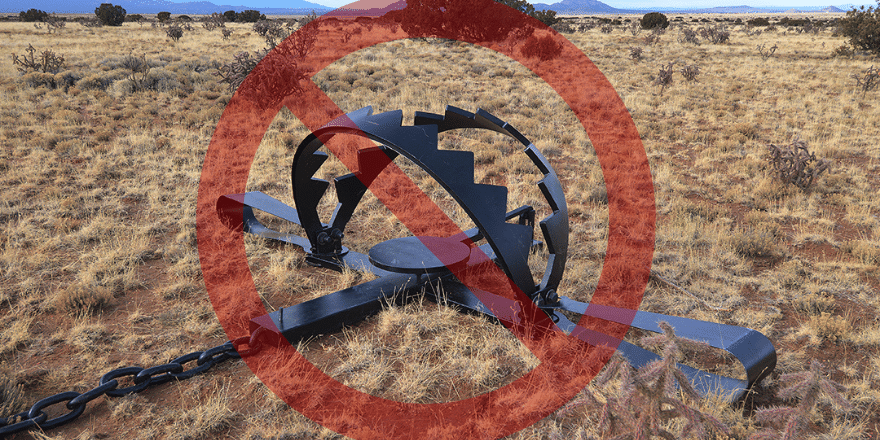