Climate + Energy
#KeepItInTheGround
DENVER— A coalition today sued the Trump administration over its plan to expand drilling, fracking and coal mining across 1.7 million acres of public lands in southwestern Colorado, one of the fastest-warming regions in the nation.

“This federal fossil fuel giveaway is nothing but a disaster for Colorado’s public lands, communities, and climate,” said Jeremy Nichols, WildEarth Guardians’ Climate and Energy Program director. “Our suit is about defending the state’s health and environment from the Trump administration’s utter disregard for people and the planet.”

Today’s lawsuit, filed in U.S. District Court in Denver, said the Bureau of Land Management violated federal law by refusing to consider a plan to end new fossil fuel leasing and not analyzing how more oil, gas and coal development could harm organic agriculture, the climate and endangered species like the Gunnison sage grouse.

The groups also filed a notice of intent to sue federal agencies under the Endangered Species Act for failing to ensure the sage grouse’s survival when they approved the Uncompahgre land-management plan.

“The Trump administration has chosen to further sacrifice public lands and the health and safety of our communities in favor of unchecked exploitation and industry greed,” said Kyle Tisdel, an attorney at the Western Environmental Law Center. “If we are to avoid catastrophic warming and maintain a livable planet, our federal government must immediately begin to manage the decline of fossil fuels and chart the pathway to a sustainable future.”

“This disastrous plan will worsen the climate catastrophe by plundering these beautiful public lands with filthy, water-guzzling fracking and drilling,” said Diana Dascalu-Joffe, an attorney at the Center for Biological Diversity. “We have to end fossil fuel extraction to have any chance of leaving our children a livable planet, and we should start on public lands. We hope the courts force this administration to acknowledge science and the climate crisis.”

The Uncompahgre plan is a 20-year blueprint for nearly 1.7 million acres of mountains, woodlands and red-rock deserts. It would allow fracking on more than half of the public land and federal mineral estate, and coal extraction on another 371,000 acres.

“On the heels of the Juliana v. United States Ninth Circuit Court of Appeals decision in January 2020, which found the federal government responsible for climate change through such actions as resource-management plans and oil and gas leasing, the decision to open up 95% of Bureau of Land Management lands and minerals to oil and gas leasing is not only unconscionable, but a smoking gun,” said Natasha Léger, executive director of Citizens for a Healthy Community. “The public submitted 53,000 no-leasing comments to the Bureau of Land Management out of a total of 57,000 comments. Yet the BLM sided with industry to exploit and destroy the rare and irreplaceable ecosystem of the North Fork of the Gunnison River at the expense of future generations.”

Today’s notice of intent to sue asserts that the U.S. Fish and Wildlife Service’s biological opinion approving the Uncompahgre plan failed to protect the sage grouse, relying on conservation measures less protective than those recommended by grouse experts.

“This plan is a roadmap to industrializing the North Fork Valley, at the expense of public lands, wildlife, watersheds, and communities,” said Matt Reed, public lands director for Gunnison County-based High Country Conservation Advocates. “It accelerates climate change sources and impacts and is incompatible with the public’s desire for a sustainable future.”

“Colorado is already facing significant effects of climate change, including a historic drought, damaging forest fires, reduced agricultural productivity, poor air quality, and extensive damage to endangered species, water resources and vegetation,” said Ramesh Bhatt, chair of the Conservation Committee for Sierra Club’s Colorado Chapter. “Under these circumstances, it is completely irresponsible for the Trump administration to increase mining, fracking, and drilling on public lands in our state without adequate review and consideration of climate change.”

Courts have rejected a rash of recent Trump administration decisions because of its refusal to consider the potential harm to the climate from fossil fuel expansion on public lands. 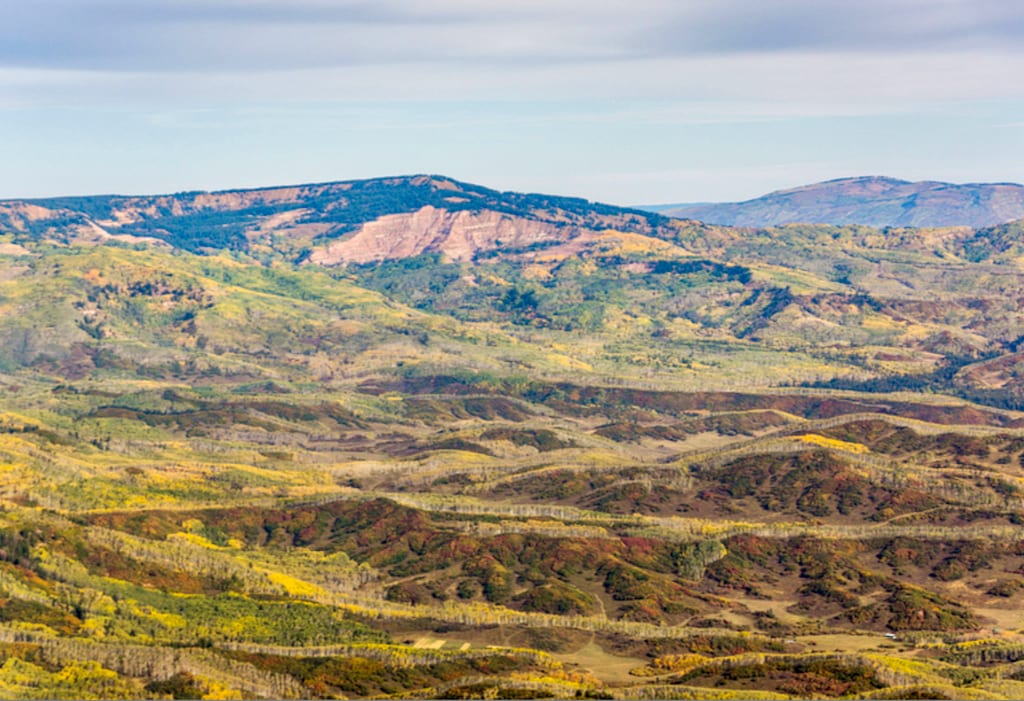