“It’s appalling that the board approved this climate-killing project and deeply undermined President Biden’s commitment to address the climate emergency,” said Deeda Seed, senior public lands campaigner at the Center for Biological Diversity. “We can’t make progress toward a more stable climate when our government keeps lighting fuses on giant carbon bombs. The board’s action completely ignored the pollution that will directly result from this filthy railway, and that’s illegal.”

Flanked by the Uinta Mountains to the north and the Book Cliffs to the south, the Uinta Basin of northeast Utah is a spectacular expanse of wild high desert with extensive public lands, open spaces, and unique fish and wildlife. Oil and gas exploitation in the Uinta Basin has already extensively damaged public lands, polluted the region’s air and water, and released massive amounts of climate pollution.

Today’s lawsuit confronts the U.S. Surface Transportation Board’s failure to comply with the National Environmental Policy Act. In approving the Uinta Basin Railway, the Board failed to address the fact the proposed Uinta Basin Railway will spur increased oil production in the Uinta Basin — estimated at an additional 350,000 barrels a day — and carry up to 10 two-mile-long oil trains daily through the Colorado Rockies to the Gulf Coast.

“The Uinta Basin oil railway promises only economic and environmental ruin,” said Jeremy Nichols, climate and energy program director for WildEarth Guardians. “It will fuel more air and climate pollution, endanger clean water and undermine our transition to a clean and sustainable clean energy economy. While it may line fossil fuel industry executives’ pockets, it will leave Utahns and many others to shoulder the cost.”

The board ignored the fact that extracting and processing this oil would add 53 million tons of carbon dioxide per year to the atmosphere, conflicting with its December conclusion that the railway is in the public interest.

“We need a full accounting of the climate cost of fossil fuel infrastructure projects like the Uinta Basin Railway,” said Dan Mayhew, conservation chair for the Utah Chapter of the Sierra Club. “Millions of dollars of public money that could be funding social programs and municipal services are instead benefitting a select few fossil fuel extraction companies, without accountability to the local community. Utahns deserve accountability and an adequate analysis of the impact on our climate and communities.”

In 2020 conservation groups sued a Utah state agency for improperly diverting nearly $28 million in public funds from community projects to aid the oil railway. That lawsuit is pending in Utah district court.

In addition to climate damage, the railway will harm public lands, rare plants and wildlife habitat. According to a federal environmental analysis, the 88-mile-long railway would dig up more than 400 Utah streams and strip bare 10,000 acres of wildlife habitat, including crucial areas that pronghorn and mule deer need to survive. In Emma Park, a remote sagebrush valley known to birdwatchers, bulldozers and train traffic could drive imperiled greater sage grouse out of their mating and nesting grounds.

“If ever there was a project to walk away from, this is it,” said John Weisheit, conservation director for Living Rivers in Moab, Utah. “Imagine all the expense and consumption to perform deep, horizontal drilling techniques, to bring a waxy crude to the surface. Then to transport that crude over sensitive landscapes, then process it at distant coastal refineries. And then ship all that oil to transoceanic markets. All of this, at every step, creates more climate disruption for our living communities.”

Nearly all the railway through Ashley National Forest in Utah — 12 miles with plans for five bridges and three tunnels — would be on public lands protected by the Roadless Area Conservation Rule. The oil trains would increase the risk of fires and oil spills along the route through Colorado, including the vulnerable Colorado River corridor. Ramped-up fossil fuel production in the Uinta Basin would likely increase smog in western Colorado.

“The proposed Uinta Basin Railway would harm all Utahns, as well as communities across the country and around the world,” said Jonny Vasic, executive director of Utah Physicians for a Healthy Environment. “The railway would roughly quadruple oil production in the Uinta Basin, resulting in dire consequences for air quality, public health, water use and quality, public safety and climate change.” 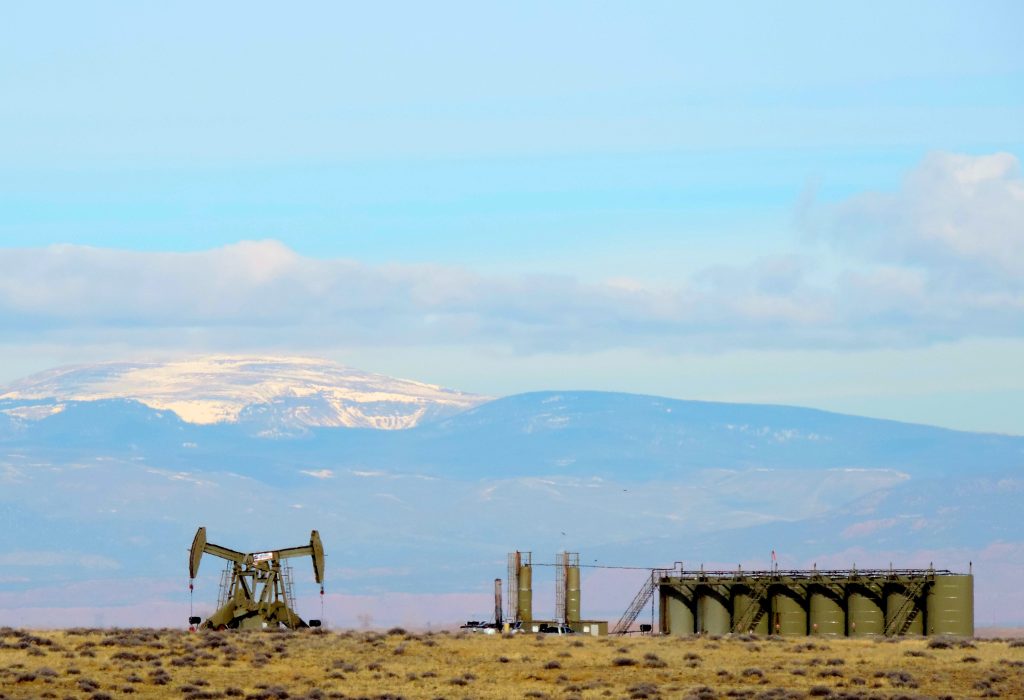 Oil and gas exploitation in the Uinta Basin has fueled air and water pollution and worsened the climate crisis.