Climate + Energy
#KeepItInTheGround
BILLINGS, MONTANA—Citing the impacts of coal mining to clean water and water supplies in the Yellowstone River, a federal judge late last week preliminarily ruled the Trump administration illegally approved an expansion of the Rosebud strip mine in southeast Montana.

In a preliminary recommendation, a U.S. Magistrate Judge found the federal Office of Surface Mining illegally approved an expansion of the Rosebud strip mine, which provides coal to the nearby Colstrip power plant.

“Once again a court has found that the Office of Surface Mining is cutting corners and ignoring the harm that the Rosebud Mine is causing to water quality and quantity. It’s a relief that the court recognized this large mine expansion will make those problems worse,” said Anne Hedges,  Director of Policy and Legislative Affairs with the Montana Environmental Information Center. “The Trump administration’s disdain for protecting water resources and climate was bad enough but the Biden Administration continues to ignore science and economics and defend the poor decisions of the previous administration. It’s insistence on continuing to turn a blind eye to the problems at this mine will result in long term harm to our water and the climate.”

The Office of Surface Mining approved Westmoreland’s proposal to add an additional 6,748 acres to the mine and provide another 71 million tons of coal to the Colstrip power plant. This would have extended the life of the mine for 19 years, even though many of the plant’s owners are preparing to exit the plant as soon as 2025.

In 2019, the Montana Environmental Information Center, Indian People’s Action, 350 Montana, the Sierra Club, and WildEarth Guardians filed suit over the mine expansion, citing violations of the National Environmental Policy Act and Endangered Species Act.  The groups have been represented by attorneys with the Western Environmental Law Center and Earthjustice.

“The bottom line is the Office of Surface Mining completely and illegally ignored the true costs of mining and burning 70.8 million tons of coal,” said Jeff Smith, co-chair of 350 Montana.  “What this ruling means is coal companies can’t ignore what we Montanans see with our own eyes: dying rivers and streams, megafires and months of choking smoke, and our extended drought, which gives rise to aberrations like last December’s 10,000 acre fire nearly destroying the town of Denton. With cleaner and cheaper renewable energy solutions, we can and must do better.”

Even though expansion of the Rosebud mine threatened to destroy water resources, harm wildlife and public lands, and exacerbate the climate crisis, the Office of Surface Mining approved the expansion anyway, refusing to consider the full environmental costs.

The Magistrate specifically found the Office of Surface Mining ignored the cumulative consequences of more coal mining and coal burning to both water quality and water quantity in the region.  The Magistrate recommended the Office of Surface Mining redo its environmental review and make a new decision within one year, or else its original decision would be completely overturned.

“As the Montana faces more drought, we can’t keep polluting fresh water with the types of energy resources we need to move away from,” said David Merrill, Sr. Montana Organizing Representative. “Montana should be increasing clean energy capacity and employing workers to restore this coal mine.”

“We’re looking to the Biden administration to put an end to the federal government bailing out the dying coal industry,” said Jeremy Nichols, Climate and Energy Program Director for WildEarth Guardians.  “That means we’re looking to them to stop defending illegal mining and start holding coal companies accountable. We hope that’s what happens here.”

Parties to the lawsuit now have 14 days to file objections to the Magistrate’s preliminary ruling, after which U.S. Judge Watters will issue a final ruling shortly after. 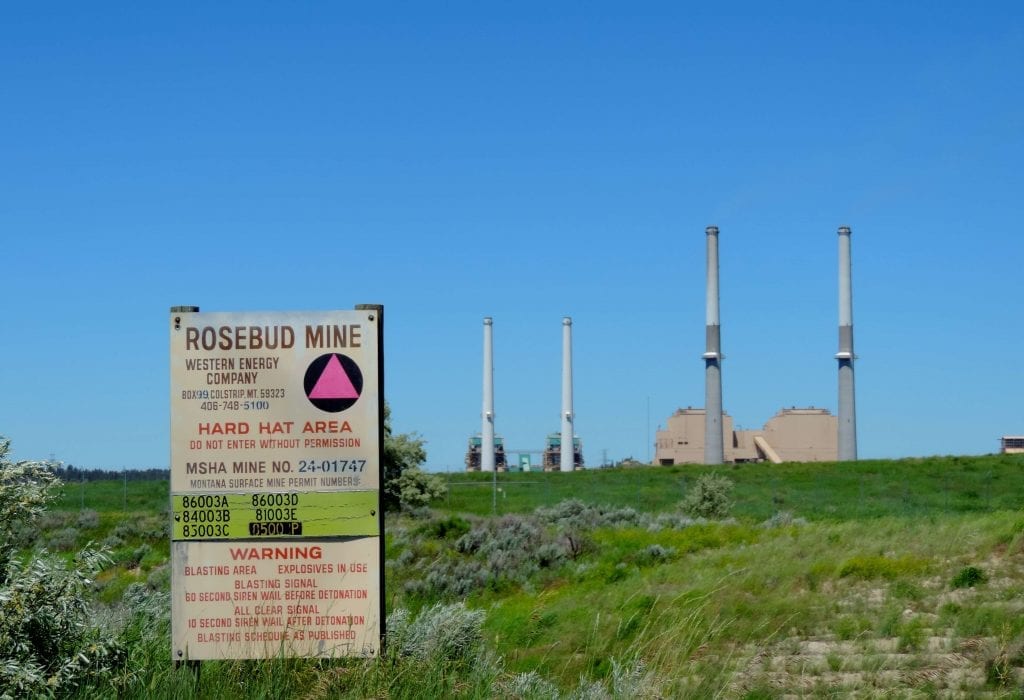 The Rosebud coal mine fuels the Colstrip power plant, a massive source of air and water pollution.