In a strongly worded draft order, Judge Hernandez made clear he “has no patience for further delay or obfuscation in this matter and expects nothing short of timely implementation of the injunctive measures and the experts’ proposal outlining the parameters for those measures.”

“We celebrate today and hope it will mark the decisive moment that saved wild Chinook salmon and winter steelhead in the Willamette River,” said Marlies Wierenga, Pacific Northwest Conservation Manager for WildEarth Guardians. “Judge Hernandez was adamant in his ruling last summer, and again today, that the Corps’ operation of the Willamette Valley dams has pushed these fish toward extinction and the agency must take action to reverse that decline.”

Northwest Environmental Defense Center, WildEarth Guardians, and Native Fish Society—represented by attorneys at Advocates for the West—filed suit in 2018 asking the court to save these iconic fish by compelling the Corps to make immediate operational adjustments to dams on four key tributaries of the Willamette River (North Santiam, South Santiam, McKenzie and Middle Fork Willamette) that block between 40 to 90% of spawning habitat.

The years of delays in action led to rapidly dwindling numbers of spring Chinook salmon and winter steelhead alarming the groups and many Oregonians. In August of 2020, Judge Hernandez ruled in favor of the plaintiffs acknowledging that the Corps’ actions were jeopardizing the survival and recovery of the two species and causing unlawful “take” of the species in violation of the Endangered Species Act (ESA).

“This represents a true turning point for the Willamette and Oregon’s iconic wild fish,” said Jennifer Fairbrother, Conservation Director for the Native Fish Society. “Actions are ordered at multiple dams with deadlines as soon as a few months for downstream volitional fish passage and water quality mitigation measures – two of the main actions needed to recover these fish populations.”

In the draft order, Judge Hernandez also explained that one of the Corps’ frequent excuses of lacking authority for operational changes at the dams was incorrect. He stated “…the Corps has broad discretion…to conduct operational measures that preclude hydropower generation for the benefit of the listed salmonids, so long as hydropower generation is not eliminated during the entirety of the power production period.” This affirms that more robust actions at the dams can be initiated to help the listed species than the Corps has claimed they could legally undertake.

“The Court recognized the Corps can, and must, significantly change operations at the dams to remedy the agency’s prolonged ESA violations by improving fish passage and water quality,” stated lead attorney Laurie Rule of Advocates for the West. “The measures he has ordered were supported by our experts, as well as experts from the National Marine Fisheries Service and Oregon Department of Fish and Wildlife, and far surpass the weak proposal offered by the Corps.”

The groups concur with Judge Hernandez when he noted he is “disheartened by the fact that, when compared to how the Corps should have proceeded had it complied with the BiOp [Biological Opinion], much of the injunctive relief that the Court is now ordering can be considered, in many respects, a giant leap backward.”

“It’s with mixed emotions that we read this draft order,” said Jonah Sanford, Staff Attorney for the Northwest Environmental Defense Center. “We are thrilled that the Corps must meet the Court ordered deadlines for action and also saddened that time was unnecessarily wasted at the expense of salmon and steelhead.”

In addition to immediate actions, the Court also ruled that an expert panel, composed of Plaintiff’s experts, fish biologists from National Marine Fisheries Service, and an engineer for the Corps, work out the implementation details.

Background: Dams on four key tributaries of the Willamette—the North Santiam, South Santiam, McKenzie, and Middle Fork Willamette rivers—block between 40 to 90 percent of spawning habitat, and their large reservoirs and high head (dam height) make it nearly impossible for small fish to swim downstream while preventing adult fish from returning to critical spawning habitats. Current dam operations create unnatural flows that reduce channel complexity and fish habitat while excess total dissolved gas and unnatural water temperatures impact water quality, increasing Chinook egg mortality. The U.S. Army Corps of Engineers, who operates the dams, has delayed many of the requirements from their 2008 Biological Opinion which has led to the near extinction of Upper Willamette River Spring Chinook salmon and winter steelhead. 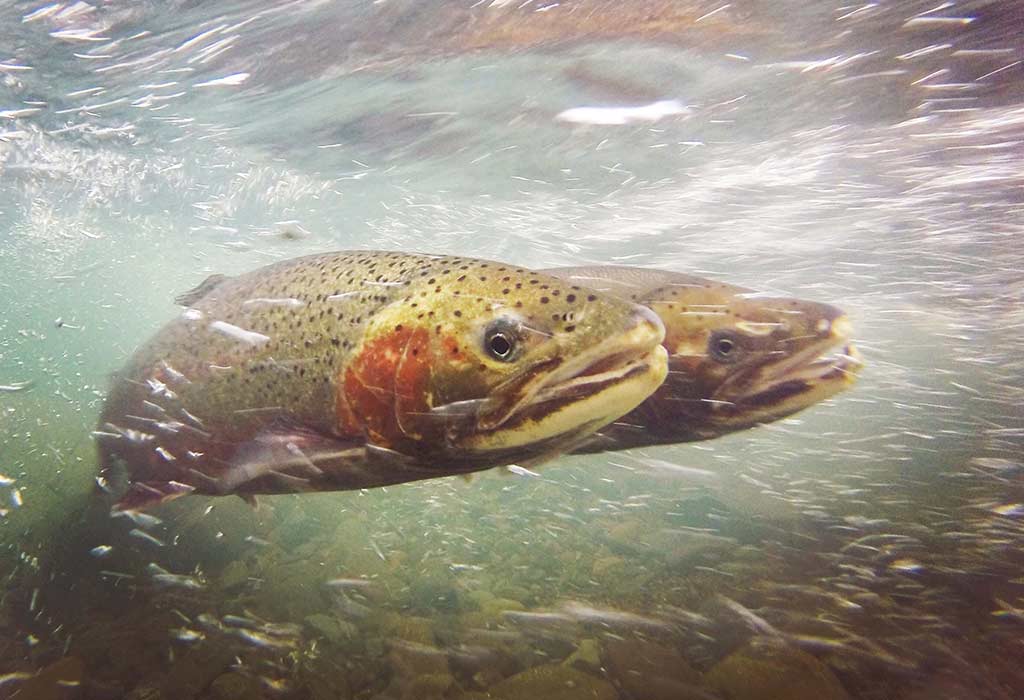