Public Lands, Wildlife   Bull trout
#EndangeredSpeciesAct, #ForceForNature, #PressStatement, #ProtectWhatYouLove, #StopExtinction
SPOKANE, WA—To defend threatened bull trout and bull trout critical habitat on the Colville National Forest—and with much of northeast Washington under extreme drought—conservation groups have warned the U.S. Forest Service that they will amend an existing lawsuit against the agency’s grazing management to include claims under the Endangered Species Act if the agency does not respond.

Listed as threatened under the Endangered Species Act since 1999, bull trout require clean, clear, and cold water to survive, as well as stable stream channels, and abundant and diverse overhead cover as well as in-stream woody debris. Such pristine waters are hard to come by for the fish, especially within livestock grazing allotments.

In 2010, the U.S. Fish and Wildlife Service designated over 19,000 miles of streams as habitat critical for bull trout survival and recovery, including 98 miles on the Colville National Forest. Bull trout have been regularly observed in the West Branch of LeClerc Creek since the late 1990s, and the Forest Service’s own environmental DNA (eDNA) samples confirm the trout’s presence.

Despite this information, on May 26, 2021, the Forest Service issued a 10-year grazing permit for the Tiger Hill and LeClerc Creek allotments within the Colville. The permit will allow livestock to graze, trample, and defecate along and through waters designated as bull trout critical habitat.

With the notice of intent to sue sent on July 10, the groups urge the agency to conduct a comprehensive analysis of the effects of the grazing allotments on threatened bull trout and its critical habitat. If the Forest Service fails to respond, the conservation groups plan to seek to amend the complaint in the existing case, The Lands Council, et al. v. U.S. Forest Service, et al., No. 2:20-CV-324-RMP (E.D. WA).

“In 2018 I worked closely with U.S. Forest Service staff on a major stream restoration project to restore bull trout habitat on the West Branch LeClerc Creek in the Colville National Forest,” said Amanda Parrish, Executive Director at The Lands Council. “The fact that the same agency is allowing herds of cattle to destabilize and degrade bull trout habitat within the same forest is unconscionable.”

“One has to ask why cows grazing on the Colville National Forest essentially killing threatened bull trout get a pass from the agency in charge of managing fish and wildlife habitat? This case is one example of blind incompetence of the agency in charge of protecting the public benefit bending to the demands of livestock owners,” said Timothy Coleman, Director of Kettle Range Conservation Group. “Grasses and shrubs are grazed down to bare dirt, waterways reek of cow manure, hiking trails and wetlands are trashed. It’s an abrogation of their Public Trust responsibility.”

“By issuing these grazing permits, the Forest Service completely abdicated its responsibility to protect the threatened bull trout and bull trout critical habitat,” said Jocelyn Leroux Washington director for Western Watersheds Project. “Livestock grazing destroys streams and riparian areas through over grazing and trampling. The Forest Service must recognize this and respond in a manner that actually protects the ecosystem and the species that depend on it.”

“By failing to consult with the U.S. Fish and Wildlife Service before authorizing these livestock grazing permits, the Forest Service turned a blind eye to the needs of a struggling threatened bull trout population and basic legal duties,” said Marla Fox, staff attorney at WildEarth Guardians. “We hope the agency will resolve these flaws based on the gaps identified in the notice letter and take their responsibility to protect bull trout and bull trout habitat seriously.”

Animal and Earth Advocates is serving as legal counsel for the lawsuit. 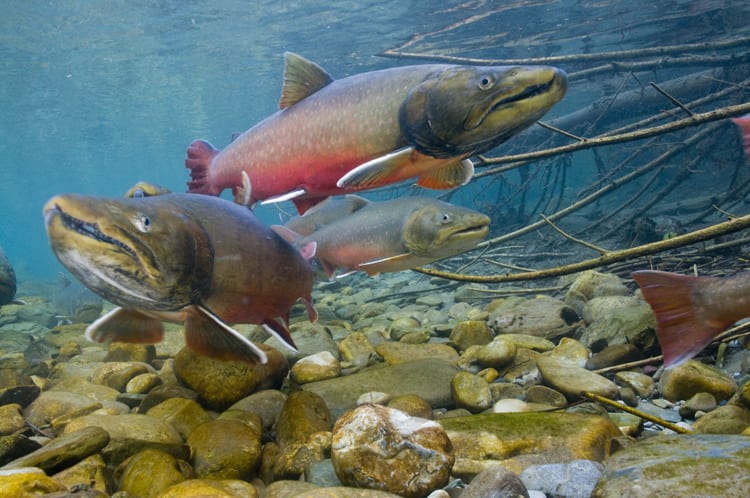