“Maps Mean Nothing Without a Willingness to Drive”

This legislation, which was signed into law by Governor Jared Polis in 2019, requires a 26% statewide reduction in greenhouse gas emissions by 2025, a 50% reduction by 2030, and a 90% reduction by 2050. It also required that these emissions reductions be prioritized where people of color, low income neighborhoods, and Tribal communities are disproportionately impacted by sources of climate pollution.

GreenLatinos and WildEarth Guardians offered the following statement today in response to the draft “roadmap”:

“This draft ‘roadmap’ is an insult to people of color, low income communities and others who are continuously and unjustly harmed by climate pollution in Colorado. While the ‘roadmap’ gives lip service to justice, equity, and inclusion, it ultimately fails to propose any specific actions that would achieve these goals, to truly achieve climate justice, or, more specifically, aid people in 80216 – one the nation’s most polluted zip codes.”  Said Ean Thomas Tafoya, Colorado Water and Climate Organizer for GreenLatinos.

Added Tafoya, “This draft ‘roadmap’ perpetuates the same inequality and racism that is leaving countless Colorado communities and families more vulnerable than ever because of air pollution that not only directly degrades peoples’ health, but also fuels the climate crisis.  It does not prioritize climate action in disproportionately impacted communities and ultimately will only perpetuate environmental injustice in Colorado.”

“This draft ‘roadmap’ is devoid of the specifics and clarity needed to truly demonstrate that Colorado can get on track to meet its climate goals.  While setting forth high level goals and aspirations, it fails to actually explain how Colorado will achieve these goals and ultimately fails to demonstrate that the state will meet the 2025 and 2030 greenhouse gas reductions required under House Bill-1261,” said Jeremy Nichols, Climate and Energy Program Director for WildEarth Guardians.

Added Nichols, “More than anything, this draft ‘roadmap’ seems to reflect Governor Polis’ unwillingness to truly drive Colorado forward on climate.  Maps mean nothing without a willingness to drive.  Without a true commitment to action and a legitimate gameplan for achieving the emissions reductions needed to confront the climate crisis, the draft ‘roadmap’ is just more talk with no walk.”

The release of today’s draft “roadmap” comes on the heels of a lawsuit filed by WildEarth Guardians challenging Governor Polis for failing to meet a legal deadline to propose regulations meeting the greenhouse gas reduction targets in House Bill-1261. Public calls are increasingly mounting for the Governor to get Colorado back on track for climate action and justice.

Colorado officials plan to accept public comment on the draft “roadmap” until November 1. A public hearing is scheduled for October 20. 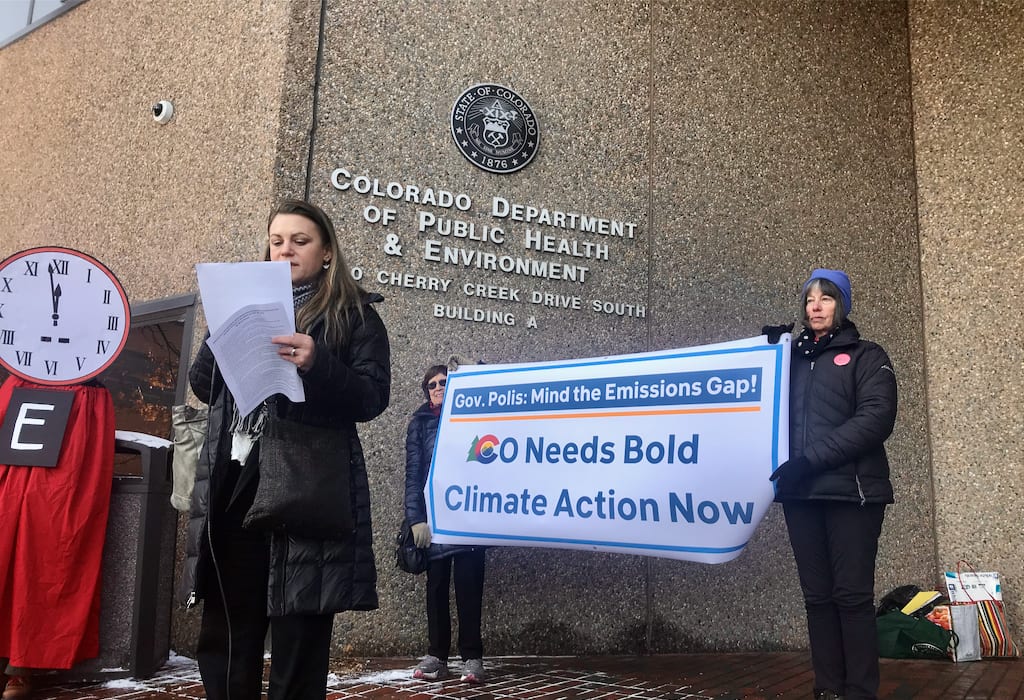 Coloradans call on Governor Jared Polis to get Colorado back on track for climate action and climate justice.