“From the mighty Missouri to the Rio Grande, a century of water mismanagement is destroying the health of these iconic rivers and pushing species to the brink,” said Jen Pelz, Rio Grande Waterkeeper and Wild Rivers Program Director at WildEarth Guardians. “It’s time to rethink rivers for both people and the environment; we all need living rivers.”

Guardians’ filing today seeks to extend Endangered Species Act protections to two species in the Rio Grande basin—the Rio Grande chub and Rio Grande sucker. These fish were once some of the most common inhabitants of this historically behemoth river, but now as the river’s flows dwindle the fish are only found in a fraction of their former range. The Rio Grande, a true desert river, is chronically overallocated, segmented by dams, and its meandering course shackled by levees. It often does not reach the Gulf of Mexico and remains dry in hundreds of miles of its nearly 2000-mile path.

“The current extinction crisis is hitting freshwater species very hard,” said Taylor Jones, Endangered Species Advocate for WildEarth Guardians. “Alone, each of these species may seem insignificant, but taken together, their plight is a wake-up call telling us to change the way we manage rivers in the West.”

The lawsuit also seeks to protect three species found in the Missouri River basin—the sicklefin and sturgeon chub and the narrow-foot diving beetle. The two fish live in the Yellowstone, Missouri, and Mississippi rivers (from Wyoming and Montana to Missouri), but their populations have declined precipitously due to habitat fragmentation by dams, channelization, altered hydrology, and pollution. The diving beetle is found in eastern Wyoming with an exceptionally narrow range, including mineralized pools and gulches of the Powder River watershed that falls within the larger Missouri River basin. These pools are vulnerable to drying out during droughts, which are becoming more frequent and intense as the climate crisis continues.

“The chronic foot-dragging by the U.S. Fish and Wildlife Service is further amplifying harm to imperiled species,” said Jennifer Schwartz, Staff Attorney with WildEarth Guardians. “The extinction crisis demands immediate and swift action, anything less is a death sentence for vulnerable species and their iconic river ecosystems.”

Since the ESA’s enactment, 99 percent of listed species have avoided extinction, and hundreds more have been set on a path to recovery. The law is especially important as a defense against the current extinction crisis; species are disappearing at a rate much higher than the natural rate of extinction due to human activities, resulting in what some scientists term a “biological annihilation.” According to a recent United Nations report, over a million species are currently at risk of extinction. Researchers estimate that, if not for ESA protections, 291 species would have gone extinct since the law’s passage in 1973.

“For native species to thrive, rivers need a right to their own water,” added Pelz. “Unless and until flows are restored and rivers are undammed, the extinction crisis will continue to grow.” 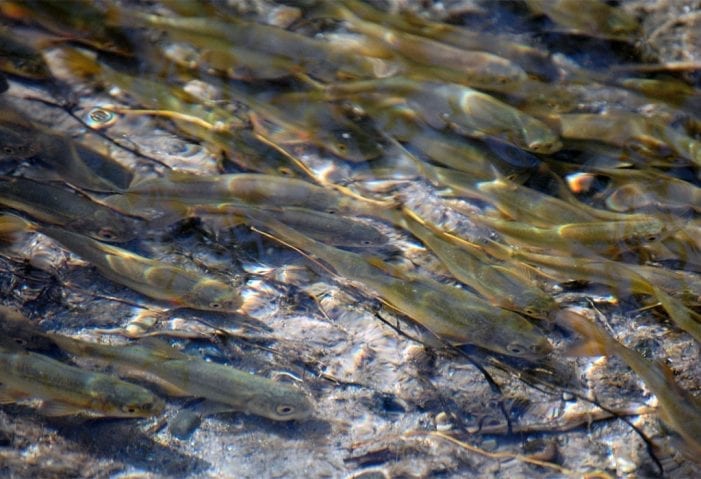