“Fracking is fueling a smog crisis in southeast New Mexico’s Permian Basin, undermining the health and welfare of people and communities in the region,” said Jeremy Nichols, Climate and Energy Program Director for WildEarth Guardians. “Today, we’re calling on the Environmental Protection Agency to put an end to this pollution nightmare and to ensure people, health, and justice come first in the Permian Basin.”

In a petition filed today with the Administrator of the Environmental Protection Agency, WildEarth Guardians requested that the Permian Basin be declared a “nonattainment” area due to ongoing violations of federal health limits for ground-level ozone, the key ingredient of smog.

Ozone forms when pollution from smokestacks, tailpipes, and oil and gas operations reacts with sunlight. At high levels, ozone is lethal, but even at low levels, the gas can cause respiratory irritation, trigger asthma attacks, worsen lung disease, and even cause premature death. Children, seniors, and even active adults are most at risk.

Because of its dangers, the Environmental Protection Agency has established ambient air quality standards to safeguard public health and keep ozone levels in check.

In the face of booming oil and gas extraction in the Permian, ozone levels have soared. Toxic volatile organic compound and nitrogen oxide air pollution from the industry has risen to levels higher than in big cities. Air quality monitors show the region’s air quality is violating federal health limits for ozone.

In light of the violations, WildEarth Guardians requested the Environmental Protection Agency designate Chaves, Eddy, Lea, and Roosevelt Counties an ozone “nonattainment” area under the federal Clean Air Act. This designation would require the State of New Mexico to clean up the pollution and restore air quality to safe levels.

The request comes as ozone forming pollution from drilling, fracking, and oil and gas production is mounting. Not only does the oil and gas industry flare and vent huge amounts of ozone forming gases, companies also regularly violate air quality permits and regulations.

“For too long, the oil and gas industry has had a free pass to pollute in the Permian Basin,” said Nichols. “With this petition, we’re calling on the Environmental Protection Agency to put people and clean air first, not polluters.”

Compounding the problem is the New Mexico Environment Department continues to permit new sources of ozone forming pollution, even as the region’s smog problem worsens.

In light of this, WildEarth Guardians also called on the Environmental Protection Agency to sanction the State of New Mexico and order the Environment Department to revise its air quality regulations to ensure protection of public health.

“The State of New Mexico is absolutely complicit in allowing this public health disaster to unfold,” said Nichols. “While the New Mexico Environment Department talks about protecting clean air, the reality is, they’re selling out public health, justice, and the climate on behalf of the oil and gas industry.”

WildEarth Guardians requested the Environmental Protection Agency act within one month to both declare the Permian Basin of New Mexico a “nonattainment” area and to sanction the State of New Mexico. 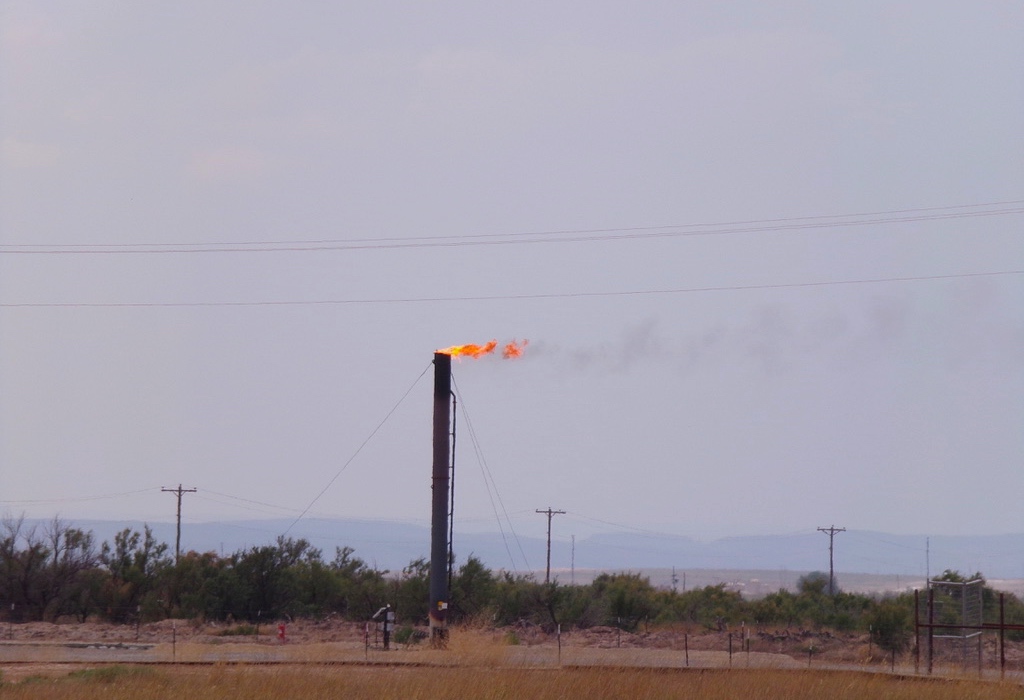 Rampant flaring in the Permian Basin of New Mexico is contributing to the region’s dangerous levels of smog pollution.