Public Lands, Wildlife   Grizzly bear
#EndangeredSpeciesAct, #PressStatement, #ProtectWhatYouLove, #Rewilding, #StopExtinction, #WildlandsForWildlife
Missoula, MT – WildEarth Guardians, the Flathead-Lolo-Bitterroot Citizen Task Force, and Friends of the Bitterroot are calling on state and federal agencies to keep Endangered Species Act protections in place for Northern Rockies grizzly bears even as the U.S. Fish and Wildlife Service considers petitions by the states of Montana and Wyoming to delist them within the Northern Continental Divide and Greater Yellowstone Ecosystems.

In letters sent to federal, state and Tribal agencies, as well as Missoula County, the groups explained that grizzly bears continue to reoccupy native habitat throughout the region, and there is an urgent need to identify and protect areas of grizzly bear connectivity, especially given that grizzly bears in the region’s five recovery areas remain isolated and current distribution is insufficient to warrant removal of Endangered Species Act protections.

To assist grizzly bear managers, the organizations provided a new map tool that delineates specific management units on the Lolo, Bitterroot, and a small portion of the Beaverhead-Deerlodge National Forests. Two grizzly bear management units (BMUs) were also identified on portions of the Flathead Reservation. See here for the map and here for the report.

“We felt it was not enough to simply call for restoring and protecting secure grizzly bear habitat, but that we needed to provide a tool that can assist biologists and land managers when making decisions that affect grizzly bear survival,” said Adam Rissien of WildEarth Guardians. “Our proposed bear management units will enable agencies to calculate the density of roads and motorized trails, the amount of secure core and denning habitat, along with other factors that affect bear recovery.”

“We understand the long-term survival of grizzly bears in the Northern Rockies depends on sufficient genetic interchange between isolated populations, and identifying specific bear management units is a crucial step for taking a hard look at specific Forest Service projects,” said Jim Miller with Friends of the Bitterroot. “For example, the Bitterroot National Forest recently released a draft decision for the Gold-Butterfly Project without fully considering the impacts it will have on grizzly bear recovery, an omission we hope the agency will address with this new tool before issuing its final decision.”

“Looking broadly, efforts are underway that will have far reaching implications for grizzly bear recovery within the Northern Rockies, in particular are updates to Forest Plans on the Bitterroot, Lolo and Nez Perce-Clearwater National Forests,” said Mike Bader, Independent Wildlife Consultant and co-author of the report. “We urge the agency to use our proposed BMUs to identify high value areas for connectivity and facilitating the continued natural immigration of grizzly bears into the Bitterroot Ecosystem.”

The Lolo and Bitterroot national forests in Montana intend to begin a long-term process for Forest Plan Revisions within the next two years and the Lolo National Forest has re-initiated formal Endangered Species Act Section 7 consultation on its existing Forest Plan. The Nez Perce-Clearwater National Forests in Idaho are set to release a final Revised Forest Plan later this year.

The groups explain that they provided this information in recognition that it is advantageous for government management agencies, Tribes, non-governmental organizations, and academic institutions to agree upon and utilize specific boundaries for BMUs. Having the same BMU boundaries will also aid land management planning, site-specific analyses, consultations, and scientific research with results that can be interactive.

“Our organizations remain committed to advocating for the secure habitat necessary to facilitate grizzly bear connectivity, and to ensure protections are in place for future resident bears throughout the Bitterroot, Sapphire and Pintler mountain ranges,” said Patty Ames with the Flathead-Lolo-Bitterroot Task Force. 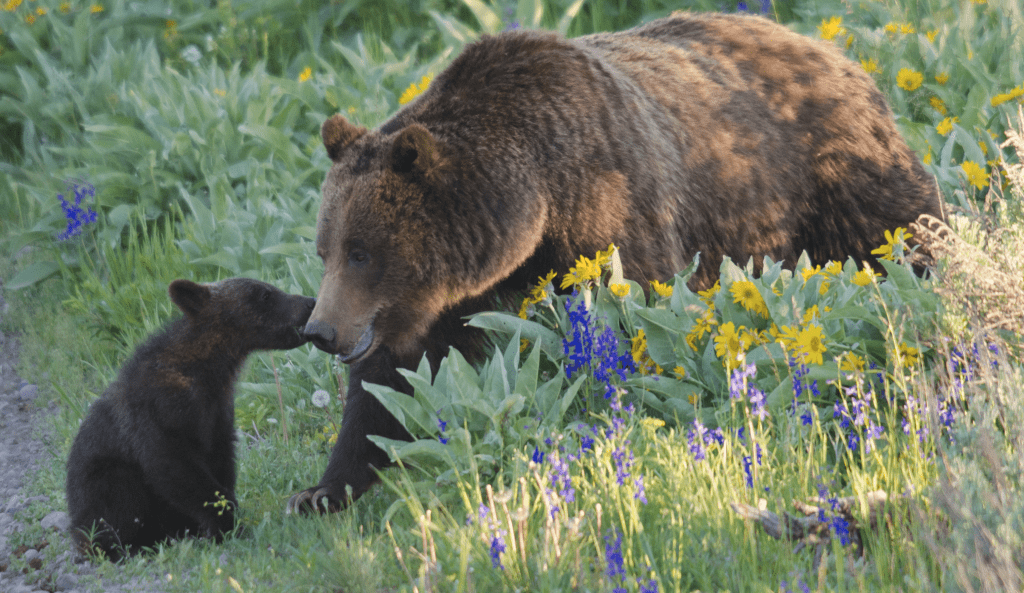