Gila Wilderness turns 97: Still the wildest, even after all these years

Guardians announces upcoming publication of a collection of writing from Torrey House Press titled "First and Wildest: The Gila Wilderness at 100"

Public Lands
#GreaterGila, #PressStatement, #ProtectWhatYouLove
SANTE FE, NM—Today, in celebration of the Gila Wilderness’ 97th Birthday and in anticipation of its centennial in 2024, WildEarth Guardians is excited to announce the upcoming publication of a collection of writing from Torrey House Press, edited by Elizabeth Hightower Allen, titled First and Wildest: The Gila Wilderness at 100. The anthology, to be published in the spring of 2022, showcases an exceptional assemblage of work from locally, nationally, and internationally renowned authors, ecologists, politicians, conservationists, and wildlife enthusiasts, including a foreword by Tom Udall and essays by Pam Houston, Beto O’Rourke, Martin Heinrich, and others.

As Hightower Allen says, “It’s a celebration of the first hundred years of not only the Gila Wilderness, but also of American wilderness itself. And it’s an opportunity to start a conversation about the next hundred years, beginning with (fingers crossed!) Congressional designation of the Gila River as Wild and Scenic. First and Wildest includes a huge range of diverse voices, from an Apache horsepacker to U.S. senators. I can’t wait to share it.”

The Gila Wilderness is the heart of the Greater Gila bioregion, an improbably biodiverse, impossibly immense section of southwestern New Mexico and southeastern Arizona. The traditional homelands of the Apache, Acoma, Zuni and Hopi Tribes, the Gila has been the home to Indigenous peoples of the Southwest since time immemorial. The Gila region is sacred land. It’s a living cultural landscape, a hunting ground, a refuge, a wildlife sanctuary, a place of refuge for wild nature, and an important part of both tribal and non-tribal community values.

“This compilation of work, praising the Gila in so many different voices from so many different perspectives, feels like a perfect preface to what we hope will be a grand celebration of this landscape and an even grander reimagining of who and what Wilderness is for, and how and why we protect public lands,” said Leia Barnett, Greater Gila Campaigner for WildEarth Guardians.

It is the landscape that stoked the imagination of the father of wildlife ecology, Aldo Leopold. As a young Forest Service ranger working in the Gila, Leopold learned why some degree of wildness was imperative for the ecological health and integrity of any biological system. Leopold advocated fiercely for the protection of the Gila and all its wildness, often in eloquent prose, some of which is included in the anthology.

Today, 97 years later, we’re celebrating America’s first wilderness, the Gila Wilderness, for its persistent wildness, the place it holds in the hearts of so many, and the inspiration it gives us to imagine our next 100 years. 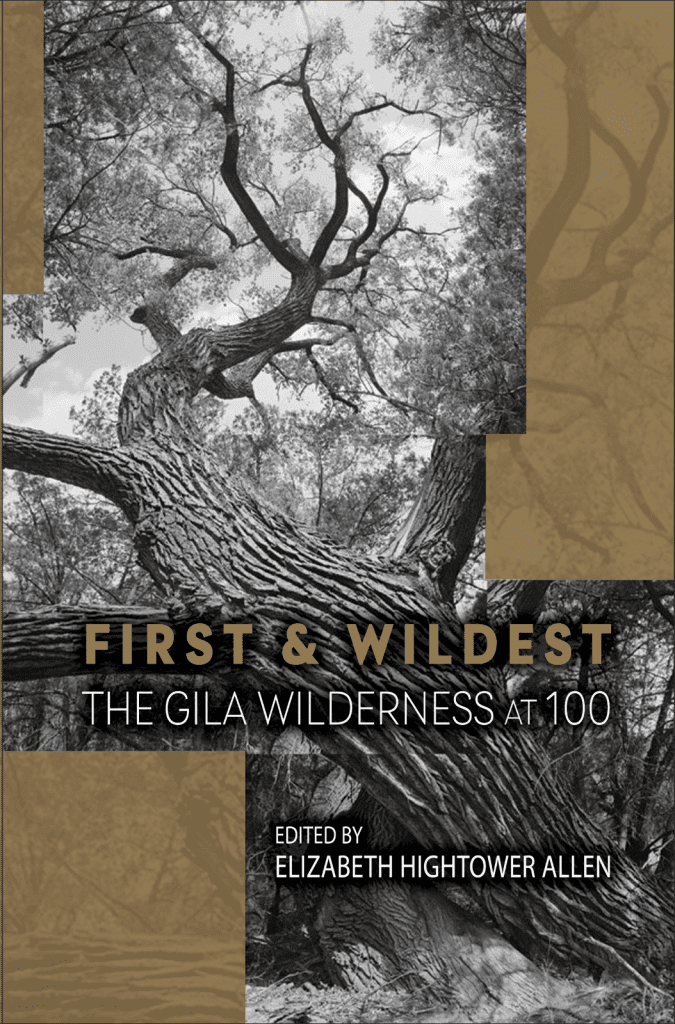