Red Cliffs was designated by Congress in 2009 to protect sensitive and threatened species, including Mojave Desert tortoise

Public Lands   Mojave Desert Tortoise
#EndangeredSpeciesAct, #PressStatement, #ProtectWhatYouLove, #PublicLandsInPublicHands
Santa Fe, New Mexico—Paving over a protected, sensitive, scenic desert paradise in southwest Utah violates bedrock environmental and cultural resource protection laws, according to a lawsuit filed on June 3 against the Department of the Interior and the Bureau of Land Management (BLM) in the D.C. District Court by WildEarth Guardians and other conservation organizations.

The lawsuit comes in response to the Trump administration’s decision in January 2021 to permit the construction of a four-lane highway through the Red Cliffs National Conservation Area. Congress established the conservation area in 2009 to protect popular trails, cultural resources, and critical habitat for 20 species of sensitive and threatened wildlife, including Washington County’s iconic Mojave desert tortoise.

“With its decision to permit the Northern Corridor Highway, the Bureau of Land Management has bowed to pressure from local politicians obsessed with growth, rather than abide by Congress’s clear command to protect the Red Cliffs National Conservation Area for current and future generations,” said Chris Krupp, Public Lands Attorney for WildEarth Guardians. “BLM has chosen to sign off on additional sprawl rather than protect the Red Cliffs’ dwindling tortoise population, recreation assets, and scenic values.”

“The decision by the previous administration to approve the Northern Corridor Highway is a clear violation of the National Conservation Area’s purpose and ignores more effective and environmentally-sound transportation alternatives,” said Tom Butine, Board President of Conserve Southwest Utah. “If a highway is allowed through this protected land, it means nothing can be protected.”

“It is inconceivable that Secretary Haaland would support and defend the Trump Administration’s decision to punch a highway through the Red Cliffs NCA and Mojave desert tortoise critical habitat,” said Todd C. Tucci, Senior Attorney for Advocates for the West, which is representing plaintiff conservation groups. “If Secretary Haaland follows President Trump’s lead, she will undermine not just the Red Cliffs NCA but the integrity of each and every National Conservation Area nationwide.  A National Conservation Area is no place for a highway.”

The Bureau of Land Management analyzed transportation alternatives outside of Red Cliffs NCA and found that those alternatives more effectively relieve traffic congestion and protect wildlife, scenic beauty, and local access to trails. One alternative, the Red Hills Parkway Expressway, would allow cars to travel east-west across the northern St. George metropolitan area, connecting Red Hills Parkway directly to I-15, enabling it to flow around congestion points while also improving flow through those congestion points. Another improves traffic flow through congestion points while also improving business access and the pedestrian experience in downtown St. George. 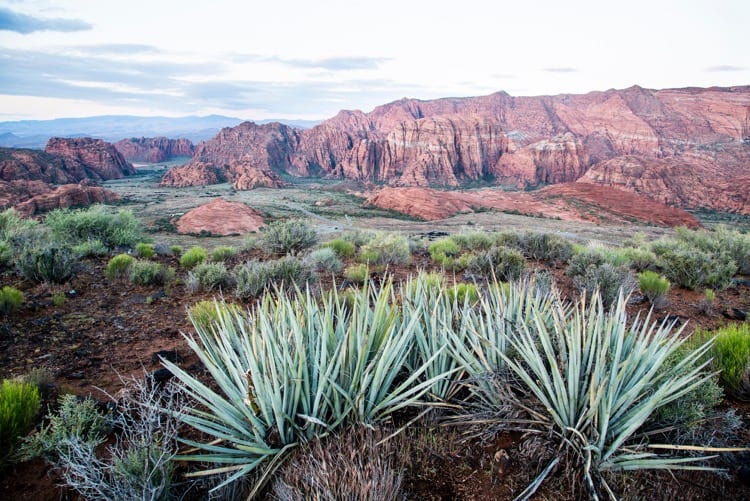