The agreement—approved by a federal court today in Tucson, Arizona—was reached after WildEarth Guardians and Western Watersheds Project challenged the Service’s 2015 decision not to list, which they alleged was arbitrary, in conflict with the ESA, and not in accordance with the best science.

“The Fish and Wildlife Service should be applauded for doing the right thing here,” said Matthew Bishop, an attorney with the Western Environmental Law Center representing the groups. “The 2015 decision merely assumed tortoises were doing fine in the absence of any population data. This was not legally or biologically defensible.”

As per the agreement, the Service must now go back and take a new look at the imperiled animal’s status in Arizona. As part of this new evaluation, the Service will also request additional information from the public and biologists, and then issue a new decision in 18 months. During this time, the Sonoran Desert tortoise’s “candidate species” status will be restored, thereby elevating its protection while a new decision is pending.

“In the midst of an extinction crisis, the U.S. Fish and Wildlife Service has a responsibility to step up and protect our country’s biodiversity,” said Taylor Jones, endangered species advocate for WildEarth Guardians. “It is more important than ever for the Service to protect habitats and species based on the best available science.”

The habitat of Sonoran Desert tortoise is threatened by invasive species, livestock grazing, increase fire risk, housing developments, off-road vehicles, habitat fragmentation, and increased predation facilitated by human activities. Residential development of tortoise habitat has created artificial barriers to the species’ movement and its natural genetic mixing. Continuous overgrazing in the desert has depleted the vegetation on which the species depends. Cattle are also known to trample and crush tortoises in their burrows.

“Desert tortoise are known for moving slowly, but without full federal protections, they have been racing toward extinction,” said Cyndi Tuell, Arizona and New Mexico director with Western Watersheds Project. “The agency will now have to reconsider its decision based on the best scientific data available rather than caving to political pressure and economic interests in Arizona.”

The current population of the tortoise is largely unknown, but it is likely on the same downward trend detected in 2015 due to accelerating climate stressors and increasing residential and commercial development.

The Service now has 18 months to make a new determination about the status of the species and will be accepting public comment and additional information on any proposed decisions. 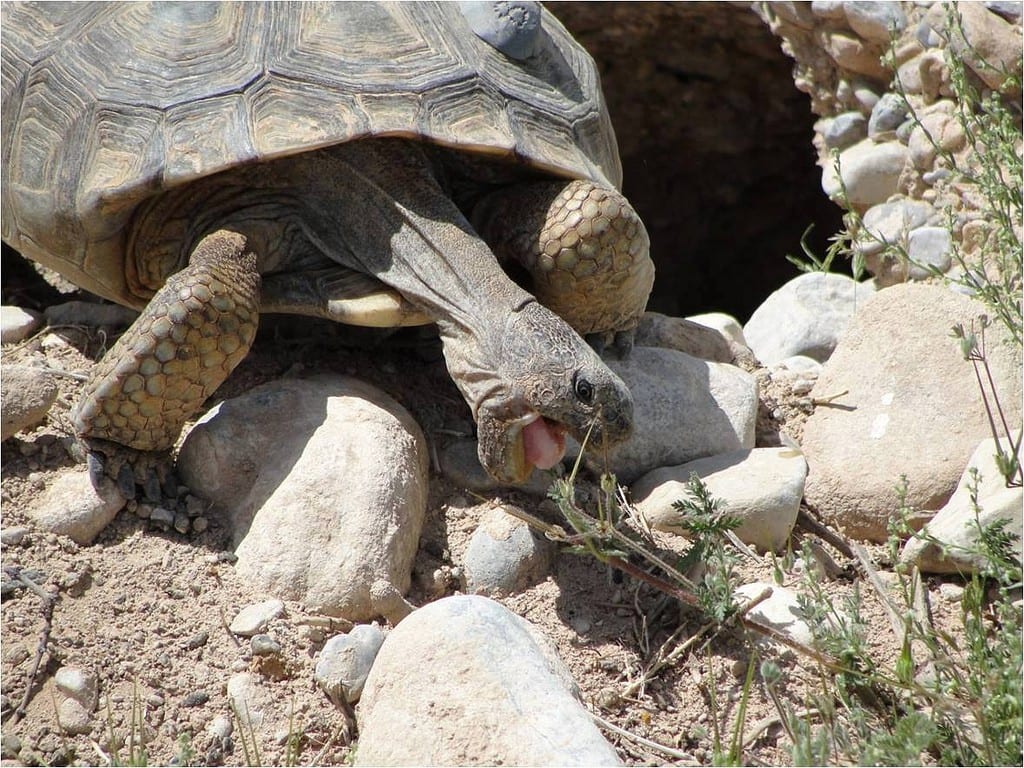