“The third time is not the charm for Pumped Hydro’s repeated attempts to build dams just outside the Grand Canyon,” said Rumela Roy, an attorney in Earthjustice’s Rocky Mountain office. “FERC should deny the permit because this project would pump massive amounts of groundwater from an already stressed aquifer, and this groundwater pumping would harm endangered fish species and sacred sites of numerous tribes.”

The Little Colorado River flows into the Colorado River downstream from this project, so it would also change the flows, sediment and temperature of that river, which flows through the Grand Canyon.

“At a time when the Trump Administration proposes to strip the humpback chub of its endangered status, so too is industry poised to destroy its last and best spawning habit on the Little Colorado River,” said Jen Pelz, Wild Rivers Program Director at WildEarth Guardians. “It’s time to stop putting profits over people and the environment and draw a line in the sand to protect this already fragile region of the Colorado River basin.”

The motion argues that this proposal should not receive a permit because it does not pass a basic “fitness” test to warrant a preliminary permit, and because of potential legal challenges under the Endangered Species Act and likely opposition from Native American Tribes.  The Little Colorado River gorge — where the proposed project would be located — contains numerous sites sacred to Native Americans, such as the Hopi Salt Trail.

The Navajo Nation filed a separate motion to intervene on July 30, noting the project would be located entirely on its land and utilize the water resources of the Navajo Nation.

“Building pumped hydropower in the hot, sun-drenched desert makes no sense at all,” said Gary Wockner, director of Save the Colorado: Colorado River Waterkeeper Network. “Solar is the answer, and with it you won’t face opposition from groups like ours that actively opposes all new dams in the already over-dammed and depleted Colorado ecosystem.”

“This proposal to construct multiple hydropower dams and reservoirs in Big Canyon, just steps from Grand Canyon National Park, is an unconscionable waste of water in a place where temperatures reach triple digits in the summer and there are scant inches of precipitation a year,” said Daniel E. Estrin, Waterkeeper Alliance’s General Counsel and Advocacy Director. “In addition to adverse impacts to endangered species and Navajo, Hopi, and other tribes’ cultural resources, the proposed dams and reservoirs would cause enormous groundwater and evaporative losses — losses the Colorado River basin, the water supply for 40 million people, can ill afford as our climate heats up. Protecting our waterways and communities requires that we remove dams from the basin, not build more of them.”

“The groundwater in the region is ancient — deposited millennia ago and emerging at turquoise springs near the confluence of the Little Colorado and Colorado Rivers,” said Alicyn Gitlin, Grand Canyon Program Manager for Sierra Club’s Grand Canyon (Arizona) Chapter. “Pumping ancient groundwater to evaporate in reservoirs for an investor’s financial gain will destroy culturally important springs, kill wildlife, and waste a very precious resource. This proposal is totally disrespectful of all that is important in the area.”

“The citizens of Moab, Utah overwhelmingly rejected a pumpback hydro facility near Canyonlands National Park and we prevailed in the end,” said John Weisheit, Conservation Director for Living Rivers. “In fact, our community was subjected to this permitting process twice. What defines the communities of the Colorado Plateau is this: we have no more patience for corporations who would plunder our water, sacred sites and precious habitats.”

“Local communities and ranching families on the Western Navajo Nation, as well as other tribes affiliated with the Grand Canyon, are opposed to this hydroelectric project,” said Sarana Riggs, Grand Canyon Program Manager, Grand Canyon Trust. “The desecration of cultural and prayer sites would be forever; the heartache of cultural loss will be felt by many tribes and individuals. To build this dam is to submerge and erase our identity as Indigenous people who have lived here since time immemorial.”

“This proposal to build four dams just three miles upstream from Grand Canyon National Park is simply outrageous,” said Kevin Dahl, senior Arizona program manager for National Parks Conservation Association. “The downstream impacts would threaten local endangered species and damage the park itself. The Federal Energy Regulatory Commission should not allow such a reckless project to go forward, especially when the Navajo Nation has objected to this intrusion on their sacred land.” 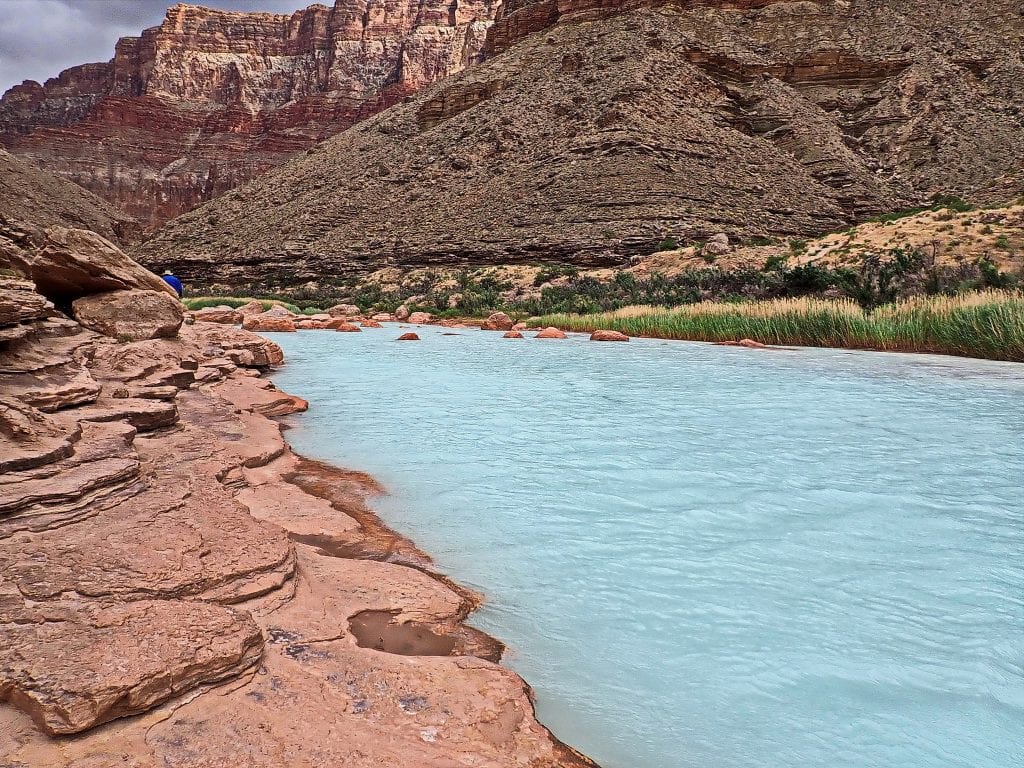