Climate + Energy
#KeepItInTheGround
DENVER — The 10th U.S. Circuit Court of Appeals today blocked Arch Coal from further expanding its West Elk coal mine in western Colorado into the Sunset roadless area of Colorado’s Gunnison National Forest. The injunction prevents Mountain Coal, a subsidiary of Arch, from further destruction of the roadless forest at the base of Mount Gunnison in the West Elk Mountains until a challenge from conservation groups is resolved.

“This is an awesome reprieve for Colorado’s beleaguered backcountry,” said Jeremy Nichols, WildEarth Guardians’ Climate and Energy Program Director.  “With Arch Coal bent on destroying our roadless National Forest lands to fuel the climate crisis, this latest ruling is a critical check that will hopefully allow us to keep the company out of the Sunset roadless area for good.”

“Mountain Coal’s blatant disregard for past judicial decisions has resulted in damage and destruction to one of the wildest roadless landscapes in Colorado,” said Matt Reed, public lands director at Gunnison County-based High Country Conservation Advocates. “We are pleased that the 10th Circuit today blocked further drilling pad development in the Sunset Roadless Area, and we are eager to see this spectacular landscape protected for future generations rather than sacrificed for dirty coal extraction.”

For years conservation groups have battled an exemption to the U.S. Forest Service’s 2012 Colorado Roadless Rule for the North Fork Coal Mining Area, which allowed roadbuilding related to coal mining. Courts have twice ruled the exemption to be illegal, most recently in a March 2020 appeals court ruling.

In June Mountain Coal Company defied the court order and bulldozed a nearly mile-long road through aspen groves and scraped two drilling pads as part of its expansion of the West Elk coal mine. The U.S. Forest Service failed to stop this construction.

“It is inexcusable that Arch Coal ignored the 10th Circuit’s ruling — and that the U.S. Forest Service went along,” said Robin Cooley, an Earthjustice attorney. “That ruling should have protected this wild forest land from invasive road-building and construction.”

Five conservation groups represented by Earthjustice — WildEarth Guardians, High Country Conservation Advocates, the Center for Biological Diversity, Sierra Club and Wilderness Workshop — asked the court to order the Forest Service to withdraw its consent for Mountain Coal to begin mine expansion in the roadless forest and to order Mountain Coal Company to immediately stop construction.

“We’re relieved that this beautiful forest will be protected from further destruction while the appeal is resolved,” said Allison Melton, an attorney at the Center. “We’ll keep fighting to make sure this spectacular wild place is permanently protected. But nothing can fix the damage caused by the Forest Service failing to do its job and ignoring Mountain Coal’s illegal bulldozing.”

“Arch blatantly ignored the Tenth Circuit’s ruling, and Forest Service turned a blind eye,” said Nathaniel Shoaff, senior attorney at Sierra Club. “The Sunset Roadless Area is a breathtaking place, and we’ll continue to fight tooth and nail to protect our public lands and defend the rule of law.”

Mountain Coal wants to expand its West Elk Mine, which has scarred land adjacent to the Sunset Roadless Area with roads and well pads designed to vent methane — a potent greenhouse gas — from the underground mine. This expansion would require six miles of road and nearly 50 methane well pads.

“The Forest Service cannot continue to turn a blind eye to the importance of protecting these lands for local communities, for the long-term health and resiliency of Colorado’s forests, and for people all across the country who care about roadless areas and want them protected,” said Wilderness Workshop staff attorney Peter Hart. “The agency allowing itself to be bullied by Mountain Coal has done significant and lasting damage – but there’s still much to fight for. Today’s injunction will finally bring these antics to a halt, and we’re hopeful that the Tenth Circuit will restore the rule of law to these roadless lands and Mountain Coal’s operations.”

In March the appeals court ruled that the Forest Service broke the law by failing to consider an alternative that would protect the area from coal mining. The decision directed the lower court to vacate an exception that allowed the Forest Service to approve coal mining in roadless forests in the area.

Located just east of the town of Paonia, the West Elk mine is one of the largest coal mines in Colorado and the single-largest industrial source of methane in the state.

In November a federal court ruled for conservation groups in a related case and blocked expansion of the West Elk coal mine. The judge ordered the federal government to consider limiting methane emissions and address potential harm to water and fish. 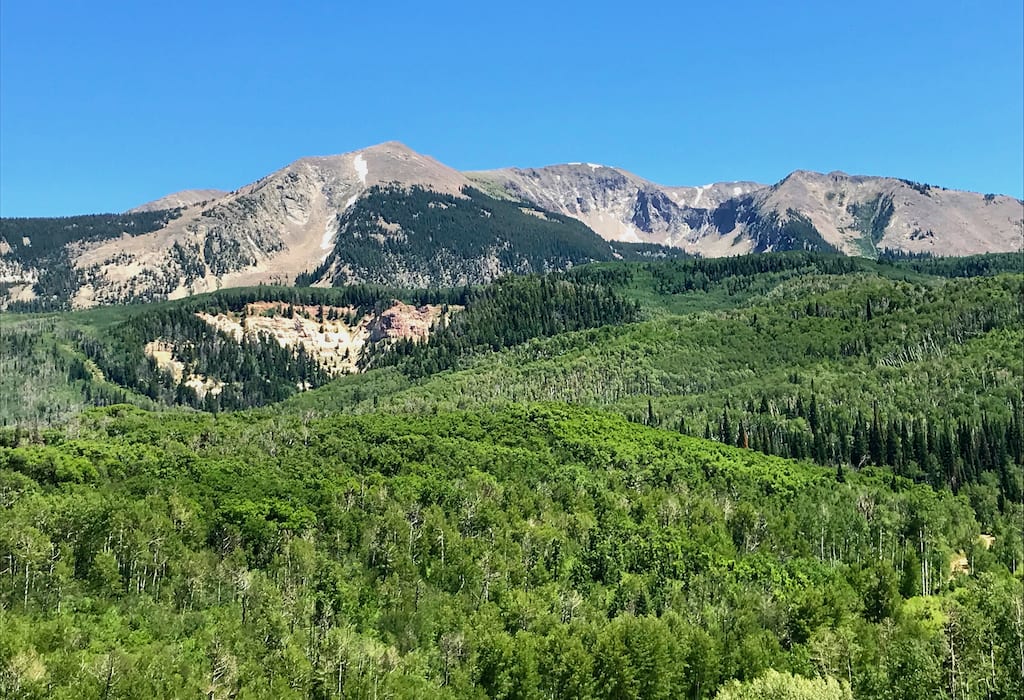 The Sunset roadless area and West Elk Mountains are safe from Arch Coal for now.