“This is yet another example of the Trump administration ignoring science,” said Lindsay Larris, wildlife program director with WildEarth Guardians. “From climate change denial, to their gross mishandling of the COVID-19 pandemic, to rollbacks of environmental safeguards protecting clean air and water, this administration has proven time and time again that they’re only in it for themselves, even if it means ignoring and denying the facts.”

The best available science indicates that gray wolves are not recovered. If the administration does not reverse course, the above-mentioned conservation groups will challenge the premature removal of endangered species protections for gray wolves in federal court in 60 days.

The groups have long been active on wolf recovery issues in the American West, including working with western states to develop science-based wolf management plans, mounting cases to rein in rogue federal government wolf-killing programs, promoting recovery efforts in the Southwest for critically imperiled Mexican gray wolves, and furthering non-lethal methods to prevent wolf/livestock conflicts before they occur.

“The battle over wolf recovery is, unfortunately, both politically charged and partisan,” continued Larris. “For decades, ranchers have demonized wolves because they are an impediment to carefree, inexpensive grazing of private livestock on public lands. Finalizing delisting of wolves a few days before an election is a gift to the ranching and agricultural interests, plain and simple.”

Gray wolves in the lower 48 states occupy a fraction of their historical and currently available habitat, and are listed as imperiled species under state laws in Washington and California. Delisting of wolves in Idaho, Wyoming, and Montana, along with parts of Utah, Oregon, and Washington, has allowed for open hunting and trapping seasons on these social, intelligent animals. Over 570 wolves, including young pups, were killed in a 12-month span between 2019-2020 in Idaho alone. Delisting would remove what little legal protections wolves still have, and likely halt recovery in its tracks. 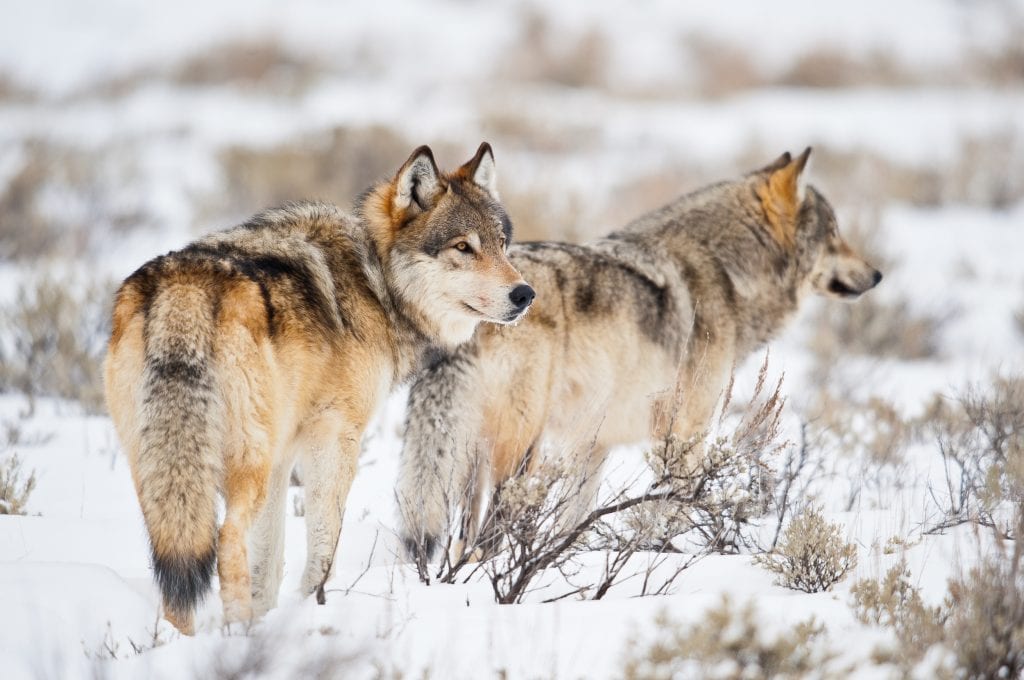